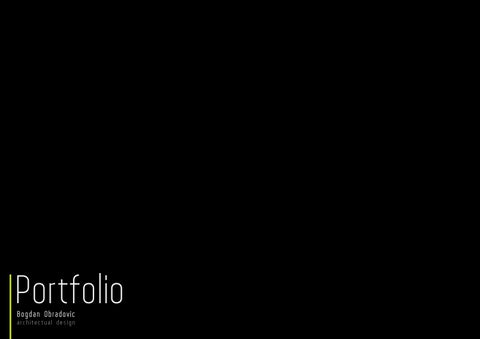 Ability to work independently, and as part of a team

Proficient use of both hands-on and computer based tools

Extremely ambitious and reliable person, characterized by persistence and dedication to work and perseverance in overcoming the most difficult tasks.

Approaching the tasks with congenital perfectionism, showing a strong sense of detail.

Charismatic and social person who spreads positive energy and channels it properly in collaborative work.

Intelligent and easy going by nature, perfectly adapts to any kind of professional atmosphere

First phase of his education and period of practicing mostly video production and 3D animation was completed with graduation thesis entitled "Digital lighting in architectureâ&#x20AC;?. Thanks to five-month trip to USA he had chance to visually experience deconstructivism in architecture, and closely encounter contemporary architectural masterpieces that changed his perception. Realising how infinite and complex are the processes and results of contemporary architectural design, he decided to spend next five years studying architecture at Belgrade University. During that period his affections evolved as he tried to experiment with different styles, typologies and object scales. Progressing towards the end of studies, he carefully balanced his knowledge of traditional principles of architectural design with new paradigms that relied on science and technology, trying to become more than just a concept designer. Although exploration of generative world of processes and parametric design excites him more, he is proud to be capable of solving problems by using just straight lines. During fifteen years of practicing computer skills he developed the ability to very quickly adapt to a new software platforms, as well as excellent knowledge of their hardware background. Crucial for his development is migration to architecture from a different and completely digital art field. During last ten years he was continuously involved in different projects that included graphic design, web technologies, multimedia production and project management, and part of that was realised by his own design studio. Multidisciplinary working experience helps him to perceive and solve more complex tasks with better understanding of end-user needs. Carefully selecting the steps and taking advantage of innate resources, tends to build up himself into a highly professional player in the field of architecture and visual arts, and thus satisfy his ambitions. He enjoys everything he does, because he manages to do what he loves, especially when heâ&#x20AC;&#x2122;s surrounded with music and inspiring people.

December 2012. - Second prize at the competition to redesign Slavija Square in Belgrade, Serbia.

February 2012. - Second prize at the competition for redesigning and extending a National museum of Smederevo, Serbia. Project was selected to be realized and is curently in progress.

November 2011. - Second prize at the competition for designing a extension of a Main public library in Novi Sad, Serbia.

August 2009 - June 2011. - alone and with the team he worked on a number of realized projects for companies such as Alter, Maximus Expo, Unicredit Bank, Zenith Engineering, Liber Novus, Tehnoprogres, Binemikom, CEED, ...

August 2009. - founded a design studio “KUBIK Labs” by gathering a group of creative people together to work in a field of architecture, web, design and audio/video production.

August 2008. - participated in the contest for a short video commercial, organized by Telenor, telecommunication company

February 2006 - On the festival of short electronic form ("KEF 06") his video work "Hysteria Contrastis" entered in the competition shortlisted.

Summer 2006. - he spent five months in America, working as an audio-video technician in a large conference center in the state of Montana. Gained extensive experience in organizing and staging conferences of different scale, and improving communication skills in English.

October 2005. - participation in architectural competition for interior design and design of modular furniture for one of the branches of Dunav insurance company. Although the competition consisted of teams of architects, his work was exhibited and honoured. 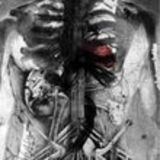