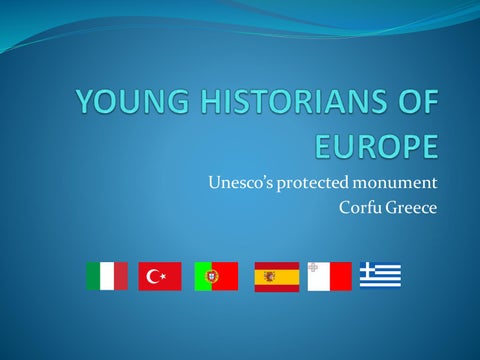 CHURCH OF AGIOS GEORGIOS IN THE OLD FORTRESS OF CORFU

Find information about the monument you chose

 The Church of St. George built in 1840 , in the Old Fortress , to meet the religious needs of the

British soldiers who served in Corfu the period of English Protection ( 1814-1864 ) . For the construction of the church they used materials from the ruined houses from the surrounding area in 1865.  With the incorporation of Corfu in Greece , the Church of St. George, of the Anglican church turned into Orthodox , the inauguration of which took place on 21 March 1865 and the then bishop of Corfu , Athanasios Politis , dedicated it to the Saint George , patron of Infantry somatos.  The church is a Georgian congregation and it can accommodate 4,000 worshipers . On the outside there are six Doric columns supporting a triangular capstone . Internally, the form has changed because of the damage suffered during the Second World War . Initially two sets of columns divided the church into three parts by the basilica style . Above the columns rested the loft on three sides of the temple . . Like most churches of Corfu , the church of St. George, was badly damaged by German bombing in the period of the Second World War ( 1943 ) Corfu  Out of all the Corfu churches, the church of St. George is considered one of the largest in size and belongs to the three-aisled basilica with a loft . The architecture and construction of the church was based on drawings of an English officer, engineer, Antony Emmet

Since ancient times Alberobello was scattered with rural settlements divided into districts occupied by dozens and dozens of trulli; in 1620 the area it experienced its maximum expansion with hundreds of conical houses and in 1797 Ferdinand IV of Bourbon, king of Naples, conferred the title of royal city on the town. It was only between 1909 and 1936 that some parts of Alberobello were considered protected monuments of cultural heritage.

CASTEL DEL MONTE Castel del Monte is a 13th-century fortress built by Frederick II of Swabia, Holy Roman Emperor and King of Sicily, on top of a hill 540 meters in the plateau of the Western Murge in Puglia. It is located in the homonymous hamlet of the Italian municipality of Andria (BT), located 17 km from the city, near the town of Santa Maria del Monte. Included in the list of Italian national monuments in 1936 (repealed in 2010) and that of unesco world heritage in 1996, in 2014 it was the thirtieth most visited Italian state site, with 206,924 visitors and a total gross income of 518,960 Euros.

FORESTA UMBRA The green of the Umbra Forest, inside Gargano promontory, in the area of the National Park, surrounds the municipalities of Vico del Gargano, Vieste and Monte Sant’Angelo. The Forest is the last part of the ancient “Nemus Garganicum”, which used to cover the whole promontory and it is one of the most extended areas with broad-leaved plants in Italy, of the largest in Europe. It has a surface of almost 10.500 hectares and covers the North-east side of Gargano and, from 832 metres above sea level of Monte Iacotenente, goes down to 165 metres above sea level in the area of Caritate. The turf boasts beech trees, Turkey oaks, oaks, maples and holm oaks. Among them, stands the holm oak of Vico del Gargano, 50 metres high, with a diameter of 5. It stands in front of a Franciscan convent and probably was planted there by the friar Nicola da Vico, died in 1719.

MONTE SANT’ ANGELO Monte Sant&#39;Angelo is a &quot;comune&quot; (municipality) in the Province of Foggia in the Italian region Puglia, located about northeast of Rome.

Information about Ggantija Temples ● These temples are found in Xaghra Gozo

● These large rocks are known as Menhir (vertical rock) &amp; Dolmen (horizontal rock) ● These temple were used as a place of worship and to store food ● The temples are divided into different altar spaces

In the year 1753, at the request of the Brotherhood of Clerics, the Italian architect Nicolau Nasoni presented the project for a bell tower, and in 1754 they would start the works of what would become the most beautiful Tower, dominating the entire urban landscape of Porto. In July 1763, with the placing of the iron cross on the top, and the image of St. Paul in the niche above the door, its construction was finished. The baroque characteristics that define it are the maximum expression of the baroque spectacular, where the typical motifs of this style give the tower movement and beauty. At more than 75m high, after climbing 225 steps and reaching the top of the tower, the view over the city is absolutely stunning. From a 360° perspective, visitors can enjoy a unique moment, whether day or night, when in special times, the tower opens its doors until 11 PM. The Tower of the Clerics is undeniably the ex-libris of the city, and an excellent viewpoint.

The church of the Sagrada Familia is Spain&#39;s most visited landmark and was inscribed on the World Heritage list in 2005. It has the particularity of being the world&#39;s only major church currently under construction! It is Gaudi&#39;s most important and ambitious work. At the beginning, Gaudi thought it would take 10 year to build it, but it has been 132 years that the first stone of the great church of the Sagrada Familia was laid and it is still under construction!

Cappadocia is a historical city of Turkey. It was built by the Phrygians in BC. 8th century. Cappadocia was built for protection from invasions and protection of trade routs. Cappadocia is located Central Anatolia, largely in Nevsehir Province, in Turkey. It covers an area of approximately 5000 square kilometers. Cappadocia was formed by the erosion of an ancient volcano. Its name comes from the Persian name Katpaktukya which means the land of beautiful horses. But it is a national park now. Goreme, Fairy Chimneys, Pasabag, Ortahisar, Rose Valley, Pigeon Valley and Avanos are the places you can visit in Cappadocia

It was added to Unesco World Heritage List in 1985.

The capital of Turkey, Ankara or Istanbul? Ankara - is the official capital of modern Turkey, and Istanbul is the largest city of Turkey and the former capital of the Roman, Byzantine and Ottoman empires. Ankara is the second largest city (population 4 million.) Turkey after Istanbul, administrative, political and cultural center of Turkey, city ministries, embassies and universities.

TULIP FESTIVAL IN ISTANBUL (ISTANBUL LALE FESTIVALI) - THE WORLD-FAMOUS FLOWER FESTIVAL, A COLORFUL EVENT, WHICH ATTRACTS LOTS OF TOURISTS TO TURKEY. THIS MAGNIFICENT FESTIVAL IS HELD EVERY SPRING, ABOUT A MONTH. EVERY YEAR IN APRIL, ISTANBUL TURNS INTO A FLORAL MASTERPIECE AND BECOMES TULIP CAPITAL OF THE WORLD

&quot;CHILDREN - FLOWERS OF LIFE!&quot; - FOR EVERY CITIZEN OF TURKEY, THIS EXPRESSION HAS A SPECIAL MEANING. ONE OF THE NATIONAL PECULIARITIES OF THE PEOPLE IS THE SELFLESS LOVE OF THE YOUNGER GENERATION. TURKISH FAMILIES TEND TO HAVE MANY CHILDREN, THE NORM IS THE PRESENCE OF THREE OR MORE CHILDREN THE DATE OF THE NATIONAL CELEBRATION IS ON 23 APRIL.

IN TURKEY, TRADITIONALLY A HUGE SELECTION OF SWEET AND PASTRY DISHES AND TREATS.

Coffee - Coffee-legged taken finely ground coffee, sugar (to taste) and water in a specially slightly conical shape of the coffee maker (&quot;Turk&quot;, a tour or Cezve ibrik.). Sugar is added during cooking, to the finished coffee is nothing to be added and it does not stir, so as not to damage the foam. Therefore indicate when ordering - how much sugar put, and put it there at all. When it comes to woo the bride prepares coffee for them. If the coffee is sweet daughter agrees to marry and if bitter coffee that she did not agree to marry.

Raki - Turkish national drink. This anise alcohol &quot;vodka&quot; when used diluted with water. As a result, anise isolated and formed a milky-white liquid. Raky used in modern Turkey everywhere. Fortress undiluted beverage and from 40 ° to 70 °.

IF THE HOUSE HAS AN UNMARRIED GIRL, A WOMAN AND SHE IS READY TO GET MARRIED, THE GROOMS ARE GIVEN A KIND OF &quot;SIGNAL&quot; - ON THE ROOF ... NAMELY, CHIMNEY ... EXHIBITED AN EMPTY BOTTLE. AND ANYONE WHO HAS RAKED THE BOTTLE CAN BECOME A HUSBAND FOR A GIRL.

&quot;Night of Henna&quot; - is an important part of national ceremonies and wedding traditions in Turkey. Held this holiday in the female part (harem) of the house where the young wife will live after the wedding most often it is the house of the groom. And at the same time, while women with the bride perform traditional rites &quot;Henna Night&quot;, the men gather at the male half of the house (or other house of the groom) and celebrate this event separately. In any Turkish woman &quot;Night of Henna&quot; can only be a once in a lifetime, which makes this holiday special meaning.

Dining etiquette It should be noted that the Turks never eat alone and do not snack on the go. At the table sit usually three times a day, preferring to do it as a family. Breakfast includes bread, cheese, olives and tea. Lunch is usually quite late, beginning only after collecting all the family members. Lunch menu mostly consists of three or more dishes that are eaten sequentially, and each dish is served lettuce or other greens. By lunchtime, made to invite guests, neighbors and friends, but in this case, the meal and the menu selected in advance.

Nobile Teatro di San Giacomo di Corfù, The theater of San Giacomo, or the theater of Agios Iakovos in the city of Corfu, was the first theater that was built and operated in the Greek-speaking area in recent years. It was inaugurated in 1733 and until 1893 it became the center of opera and musical theater. It attracted Italian musicians and composers, many of whom became permanent residents of Corfu and contributed to the development of the local music scene. It was founded in 1693 as a gathering place of the Venetian nobles of Corfu and was transformed into a theater in 1720.

Oral tradition testifies that lyrical artists who were successful in San Giacomo were honored with the praise &quot;applaudito a Corfù&quot; (&quot;applauded in Corfu&quot;), a sample of the demanding musical taste of the Corfiot public. The tradition was continued by the Municipal Theater of Corfu, from 1902. The Municipal Theater and its historical archives, many of which belonged to the San Giacomo Theater, were destroyed during an aerial bombardment in 1943.

A booklet of Erasmus cooperation ''Young Historians of Europe''