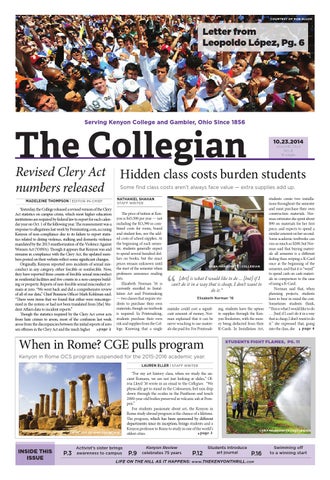 Yesterday, the College released a revised version of the Clery Act statistics on campus crime, which most higher education institutions are required by federal law to report for each calendar year on Oct. 1 of the following year. The reassessment was a response to allegations last week by Feministing.com, accusing Kenyon of non-compliance due to its failure to report statistics related to dating violence, stalking and domestic violence mandated by the 2013 reauthorization of the Violence Against Women Act (VAWA). Though it appears that Kenyon was and remains in compliance with the Clery Act, the updated numbers posted on their website reflect some significant changes. Originally, Kenyon reported zero incidents of sexual misconduct in any category, either forcible or nonforcible. Now, they have reported three counts of forcible sexual misconduct in residential facilities and five counts in a non-campus building or property. Reports of non-forcible sexual misconduct remain at zero. “We went back and did a comprehensive review of all of our data,” Chief Business Officer Mark Kohlman said. “There were items that we found that either were miscategorized in the system or had not been translated from [the] Student Affairs data to incident reports.” Though the statistics required by the Clery Act cover acts from hate crimes to arson, most of the confusion last week arose from the discrepancies between the initial reports of zero page 2 sex offenses in the Clery Act and the much higher

The price of tuition at Kenyon is $45,500 per year — not including the $13,390 in combined costs for room, board and student fees, nor the added costs of school supplies. At the beginning of each semester, students generally expect to spend several hundred dollars on books, but the exact prices remain unknown until the start of the semester when professors announce reading lists. Elizabeth Norman ’16 is currently enrolled in Installation Art and Printmaking — two classes that require students to purchase their own materials, though no textbook is required. In Printmaking, students purchase their own ink and supplies from the College. Knowing that a single

mistake could cost a significant amount of money, Norman explained that it can be nerve wracking to use materials she paid for. For Printmak-

When in Rome? CGE pulls program

ing, students have the option to supplies through the Kenyon Bookstore, with the money being deducted from their K-Cards. In Installation Art,

students create two installations throughout the semester and must purchase their own construction materials. Norman estimates she spent about $90 on materials for her first piece, and expects to spend a similar amount on her second. Some academic textbooks can run as much as $200, but Norman said that buying materials all semester is a different feeling than swiping a K-Card once at the beginning of the semester, and that it is “weird” to spend cash on cash materials in comparison to the ease of using a K-Card. Norman said that, when planning projects, students have to bear in mind the cost. Sometimes students think, “This is what I would like to do … [but] if I can’t do it in a way that is cheap, I don’t want to do it.” she expressed that, going page 4 into the class, she

“For my art history class, when we study the ancient Romans, we are not just looking at slides,” Olivia Lloyd ’16 wrote in an email to the Collegian. “We physically get to stand in the Colosseum, feel rain drip down through the oculus in the Pantheon and touch 2000-year-old bodies preserved in volcanic ash at Pompeii.” For students passionate about art, the Kenyon in Rome study abroad program is the chance of a lifetime. The program, which has been sponsored by different departments since its inception, brings students and a Kenyon professor to Rome to study in one of the world’s page 3 oldest cities.

LIFE ON THE HILL AS IT HAPPENS:

Swimming off to a winning start 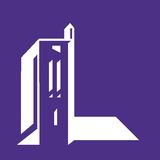