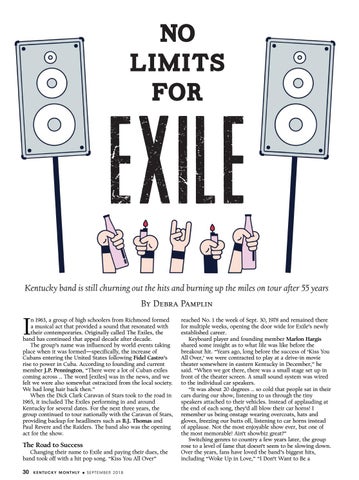 n 1963, a group of high schoolers from Richmond formed a musical act that provided a sound that resonated with their contemporaries. Originally called The Exiles, the band has continued that appeal decade after decade. The group’s name was influenced by world events taking place when it was formed—specifically, the increase of Cubans entering the United States following Fidel Castro’s rise to power in Cuba. According to founding and current member J.P. Pennington, “There were a lot of Cuban exiles coming across … The word [exiles] was in the news, and we felt we were also somewhat ostracized from the local society. We had long hair back then.” When the Dick Clark Caravan of Stars took to the road in 1965, it included The Exiles performing in and around Kentucky for several dates. For the next three years, the group continued to tour nationally with the Caravan of Stars, providing backup for headliners such as B.J. Thomas and Paul Revere and the Raiders. The band also was the opening act for the show.

The Road to Success Changing their name to Exile and paying their dues, the band took off with a hit pop song. “Kiss You All Over” 30

reached No. 1 the week of Sept. 30, 1978 and remained there for multiple weeks, opening the door wide for Exile’s newly established career. Keyboard player and founding member Marlon Hargis shared some insight as to what life was like before the breakout hit. “Years ago, long before the success of ‘Kiss You All Over,’ we were contracted to play at a drive-in movie theater somewhere in eastern Kentucky in December,” he said. “When we got there, there was a small stage set up in front of the theater screen. A small sound system was wired to the individual car speakers. “It was about 20 degrees … so cold that people sat in their cars during our show, listening to us through the tiny speakers attached to their vehicles. Instead of applauding at the end of each song, they’d all blow their car horns! I remember us being onstage wearing overcoats, hats and gloves, freezing our butts off, listening to car horns instead of applause. Not the most enjoyable show ever, but one of the most memorable! Ain’t showbiz great?” Switching genres to country a few years later, the group rose to a level of fame that doesn’t seem to be slowing down. Over the years, fans have loved the band’s biggest hits, including “Woke Up in Love,” “I Don’t Want to Be a 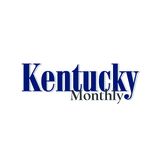