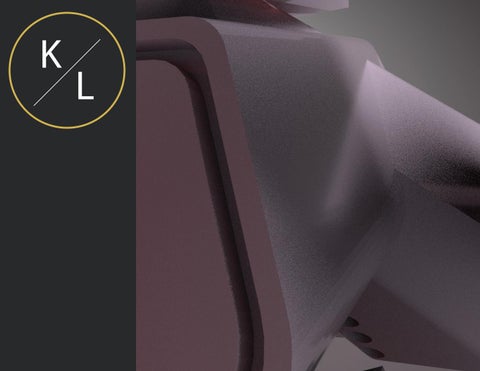 JusFAB THE HUB AT CUYAHOGA FALLS

Built: Harbin, China 2018 An investigation studying the structural integrity of ice, using a tensioned framework compiled of anchored ropes, wooden beam and fabric. Our challenge was to develop system would then guide the ice into compression, allowing the ice to become self-supporting.

Constructed of a rope framework, archored by blocks of ice and frozen to the ground, we were able to create tension that would allow for the columns to be erected and the fabric to be draped over. Through structural analysis and form finding the structure develops scallops due to intentional gaps between the ropes and a parabolic arch is developed within the intersection of the two cone like forms.

The structure is sprayed over with a water-cellulose solution, frozen to the surface of the fabric.

Ohio City recreation Center This project focuses on creating a safe haven for the youth of the Ohio City area that encourages physical stimulation, social expansion and exposure to the cultural diversity within the community. The design entices the user to explore every aspect of the structure the promotion of total accessibility throughout the entire site. Biophilic moments and pedestrian walk ways on the roof allows an enhanced variation in how the user experiences the space. Light is funnels into the underground program through the marriage of the exterior and interior space, using large span aperatures and light wells.

Animo [Embryonic] Solids An Exploration of ‘Strangeness’ An approach that looks at form, space, and architecture with an intentional neglect for consequence that provides a foundation for potential development. Through studying the notice of growth, deformation, texture, surface, and object inside object optonome the investigation visits architrectural relationiships between the ground, mass and interior qualities. The project is geared towards the exploration of the fluidity of nature and its homogenous system of growth in contrast with the artifical, plastic forms. Within the texturing of the surface is introduced a ‘strangeness’ that informs the objects relationship with the site and the environment around it. One begins to identify the external form as strange while connecting the internal spheres as the familiar

Refining the idea of the urban fabric through narration and development of “speculative” urban design. The investigation pulls from Achigram’s plugin and walking city as the design become vehicle for mobile city-blocks. The investigation starts with formal studies based on the machine aesthetics, influenced by contemporary architecture, artistic and visual practices, and personal aesthetic interests. This builds a platform to further “de-familiarize” the mechanical object, creating an atmospheric theme that drives the project.

JusFAB Cuyahoga Falls Fabrication and Community Center With the mission to reimage and reinvigorate the downtown Cuyahoga Falls area, JusFAB seeks to empower and explore the nature of creativity through fabrication. Cuyahoga Falls yerns for a monumental landmark to define the communityâ&#x20AC;&#x2122;s inviting culture and potential for growth in diversity. JusFAB inserts itself as a beacon in the night, guiding people into the eclectic environment filled with its growing culture of food, fun and experience. once inside the boundaries of the center, the human interaction is enriched on every level. whether it be a simple conversation at the coďŹ&#x20AC;ee bar & lounge, a look in to the fabrication lab, or a night stroll through the gallery & bar, JusFAB provides a culture embracing inclusive engagement.

THE HUB At Cuyahoga Falls The hubâ&#x20AC;&#x2122;s mission is to reimagine and reinvigorate the built environment through the connection of the human with the surrunding elements that engage and influences activity. The hub positions itself as a central embodiment of cuyahoga culture through the adaptation of material and the potentially for community interaction. A gallery, food hall and cafe are just some of the sources of connection to the essence of discovering what cuyahoga falls has to offer.