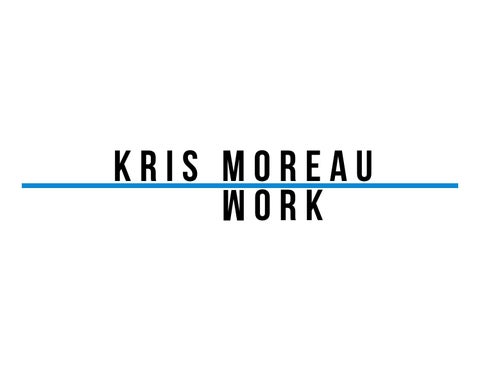 M. Arch. 2014 School of the Art Institute of Chicago

·· Capitalize on each community’s assets to promote happiness + economic wellbeing

PLAZA AS PLATFORM Multi-faceted approach to the planning, design + management of public space

ARTS streetscape improvements that are both temporary and permanent.

A C T I VAT E ! C H I C A G O N E I G H B O R H O O D D I S T R I B U T I O N As the City’s intiative seeks to revamp underused plazas owned by the Chicago Transit Authority (CTA), many of the Activate! sites are located near public transit stops with above average pedestrian traffic.

MACRO + MICRO SCALES OF URBAN DESIGN All Activate! sites are rejuvenated in one of two ways, depending on foot traffic: (1) through a special event series or (2) through an entrepreneurial kiosk called a Boombox. Revenue generated by the Boombox network supports non-profit events + site maintenance. Here, a plaza becomes an impromptu stage for the teens of The Joffrey, Chicago’s prestigious ballet.

8” step up to shop retail interior or performance stage, adapted from shipping container

Evening mingling at a Boombox on a formerly dark + vacant plaza

·· Amino acids are shared building blocks that make us individuals. ·· The teen center is a building block for healthy bodies + strong social bonds.

NEIGHBORHOOD CONTEXT Carver Park is located within the Chicago Housing Authorityâ&#x20AC;&#x2122;s Altgeld Gardens Homes, built in 1944, with over 3400 residents. While the city is taking emergency efforts to improve housing units, the neighborhood is cut off from much of the city due to a dire lack of public transit, a raised highway, a toxic canal, abandoned manufacturing complexes, and active landfills.

PLAN Originally, this space was constructed as a medical crisis clinic with small exam rooms. When the clinic closed in the eighties, a few walls were removed and it became neglected long term storage with occasional overflow indoor class space during rainy days at summer camp.

This project was co-funded by the Coca-Cola Foundation, Chicago Park District, and Chicago Housing Authority. Park District staff manages the current programming in the space in partnership with iGlow Mentoring, a local non-profit for youth mentorship.

“The Carver Park Teen Center is an important development that is part of an overall revitalization for this community.” -Mayor Rahm Emanuel to Chicago Sun-Times, 06.26.2015

Carver Teen Wellness Center increases programmable space both indoors and outdoors, increases the natural light penetration by removing awkward partitions and raising the ceiling height from 7’ to 9’, and gives community residents at least 5 new reasons to visit the park.

“Teen residents served by Carver Park are receiving the skills — and the philosophical agency — to make proactive lifestyle changes that will vastly improve the quality of their lives for the long-term.” Dance + yoga studio

O N E Y E A R o f N E W P L A C E S T O P L AY Each circle on this map illustrates area in a 10 minute walk (â&#x20AC;&#x153;play radiusâ&#x20AC;?) of a newly constructed playground. These were the sites selected and developed through community input for a single year (2015) in this five year program.

With 3+ customized design options for each park, communities voted in person at meetings + online.

I N V I T I N G K I D S O F A L L A G E S T O TA K E “ S A F E R I S K S ” Each community voiced their priorities for their new park improvements, whether that meant extra play opportunities for children with limited mobility or a color scheme that coordinated with the nearby public school sports teams.

“It personifies city living by packing forwardthinking fun in such a small footprint. The layout of this space makes it feel cozy and communal - a true neighborhood cornerstone.” -Review of a new Chicago Plays playground in Red Tricycle, a major national parenting blog

“We run weekly programming for black girls that teaches our history in an affirming, loving context. We know that building community is as much about learning together as it is about exploration, so we took our youth to the new playground to stretch our legs and bond over laughter and play.” -Hannah Baptiste, Co-Founder of Assata’s Daughters, a prominent education + advocacy non-profit

“I was thinking a combo vegetable and ornamental garden, but maybe also an art installation, workout area, or a space for neighborhood events.” -Makazin Alexander’s plans for her $1 lot

·· Pilot land use program sells vacant lots for $1, but does not provide guidelines for use ·· While only local residents are qualified to buy lots, few have experience developing land

·· Give new landowners the tools and tips to answer the question, “Now what?”

S H A R I N G D ATA T O TA C K L E A N U R B A N D I L E M M A The Great Recession ravaged the manufacturing-reliant neighborhoods of many Rust Belt cities, Chicago included. The City has been able to lower maintenance costs by selling city-owned lots to homeowners with property nearby for $1/lot, through a simple online portal where participants easily apply for lot ownership.

City of Chicago sells vacant lots (in green) to existing community residents for $1 each through LargeLots.org.

Successful Large Lots applicants begin to clean up their newly owned lots, but may be unsure of whatâ&#x20AC;&#x2122;s next.

C O L L A B O R AT I N G T O B O O S T A C I V I C P R O G R A M â&#x20AC;&#x2122; S P O T E N T I A L Though the program has been very popular, many participants voiced concerns about a lack of clarity as to their options after they acquired their land titles. A large nonprofit, Local Initiatives Support Coalition, hired Latent Design to provide supportive resources and education to new lot owners to help them realize their various plans.

“Lots that once sat unused have been transformed into decorative green spaces for tenants or reborn as community gardens, and although some changes were more dramatic than others, almost all the lots feel like someone owns them.” -South Side Weekly, “Lots to Love: Checking in with the Large Lots pilot

Tend Cycle System is a network of amenities for bike commuters. Affixing repair stands to bike share docks is the smallest + most disperse intervention scale.

·· TEND [verb]: (1) to apply oneself to the care of (2) to move or develop one’s course in a particular direction

why FOCUS ON the loop?

A single day of rides in the Divvy Bike Share network

CHICAGO Locations of bike shops with amenities in central Chicago

w h at w o u l d g e t m o r e p e o p l e b i k i n g ? This system of amenities was informed by interviews with a wide array of cyclists and non-cyclists, discussing what prevents them from bike commuting more often.

A D A P T I V E R E U S E F O R S U S TA I N A B L E I N F R A S T R U C T U R E Tend Public Cyclery repurposes Block 37, an infamously disastrous mall and train station development. It is across the street from the Mayor’s office at Daley Plaza, at the intersection of downtown’s best-used bike routes.

Below grade, a massive unbuilt train station connects to two subway lines and an underground pedway.

The existing failed below-grade train station could be adapted into indoor secured bike parking with lockers that connects to two existing subway stations. These pedway tunnels below the Loop already have security staff + utilities.

other contributions TO THE DISCOURSE

U N I V E R S I T Y O F C H I C A G O A R T S I N C U B AT O R 2015 | At Theaster Gatesâ&#x20AC;&#x2122; University of Chicago Arts Incubator, I developed coursework and independently taught an introductory course in urban design and architecture for artistic high schoolers considering the field.

SCHOOL OF THE ART INSTITUTE OF CHICAGO 2014 | Graduate Teaching Assistant for a core Introduction to Architecture class for underclassmen committed to majoring in architecture.

SPEAKING + EXHIBITS Through public speaking events and exhibitions, I have enjoyed sharing my work with broad audiences.

Standing room only at the AIA National Convention 2014 during presentations

In addition to public speaking as a part of workshops or community engagement projects, I have had the opportunity to present particular elements of my design work at an AIA National Convention 2014 event and a 2015 SoHo House Chicago PechaKucha event, a series similar to TED but constrains presenters to 20 slides for 20 seconds each.

Design projects I contributed to were exhibited during the Chicago Architecture Biennial in Fall 2015. In 2014, my work was featured four times in the Louis Sullivan Galleries, an Art Institute of Chicago affiliate: twice in “Attachments,” (as an individual artist and separately as a part of a collective), as well as in two installations for different collectives in “News from Nowhere,” a show featuring designs for a post-apocalyptic world, including a commission by Toyo Ito.

A local bike mechanic answers visitors’ questions during the installation of Tend Cycle System at the Art Institute of Chicago Louis Sullivan Galleries.

“These little buildings, which the biennial erected in concert with the Chicago Park District, are cause for celebration... They serve up delicious eye candy, explore new uses of materials, create a showcase for up-and-coming architects and promise to create a family of architecturally significant structures that will replace the lakefront’s modest food-and-drink shacks. They remind us of the value of architectural experimentation, a key biennial theme. And they raise fascinating issues about small park structures.” - Blair Kamen, Chicago Tribune’s Architecture Critic

“Kris Moreau’s service and leadership set a new benchmark and expectation in this position... Kris has a thorough understanding of community organizing and public practice principles.” - Peter Exley, FAIA, Past President of AIA Chicago

Projects included investigative research on minimalist sculptor Fred Sandback, drafting acquisitions proposals and exhibition text, and managing the requirements of the visiting artist, L.A.-based abstract photographer Walead Beshty, during the installation of his first solo show at the museum.

s e l e c t e d p u b l i c at i o n s I am a journalist and critic for the arts, architecture, and design. As an academic, I research cities and socially engaged practice.

R E C E N T LY Shortly after leaving Chicago, I bicycled 2,376 miles from Canada to the Gulf of Mexico, following the Mississippi River as closely as possible. Motivated by bike advocacy and the prospect of experiencing the river and its national impact at 9 mph, my partner and I also surpassed our fundraising goal of $1/mi by double for the West Town Girls Bike Club, an afterschool cycling program for teen girls. 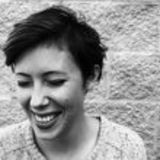 I am an urbanist, architectural designer + writer. I collaborate on resilient + inclusive civic systems.

I am an urbanist, architectural designer + writer. I collaborate on resilient + inclusive civic systems.