In Dialogue: A Series In Three Acts 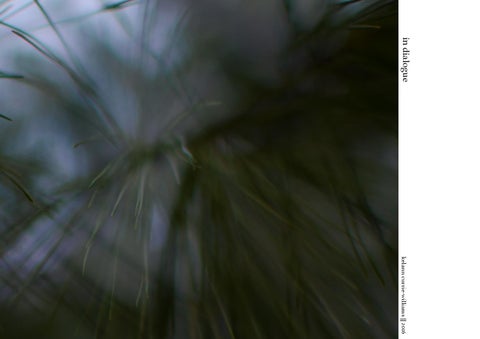 in dialogue a series in three acts

Are you what’s left? What’s left of us? I know I’m left. Left here. Left alone. Left to think. Left to stare. I’ve been left for awhile now. A really long time. The longest time, really. Longer than I thought. Longer than I realized. Longer than is normal.

But I suppose there’s nothing normal about any of this. It’s normal to live and to die. To exist and then not exist. To want to exist in death or not exist in life. All of that’s normal. This though, this is not normal. It’s not normal that I even had to ask if you were the last of us.

Watch Me Breath Under The Sea 2015

I know that once, many years ago, we lived in every corner of the world. We lived and thrived and created and destroyed and struggled and died. And thatâ&amp;#x20AC;&amp;#x2122;s what we didâ&amp;#x20AC;Ś for however long we have lived on this planet, it was our cycle.

The inevitable cycle that cycles and repeats. But it seems to have… stopped. Halted by something – by someone. I don’t really know what or who or why or even when it started. I didn’t notice until it was something worth noticing. It was a thought that need not be thought of.

But here it is. Here I am thinking about the thought and what the thought means because if it means what I think it means, then I donâ&amp;#x20AC;&amp;#x2122;t want to think anymore.

And I don’t mean sad like you shed a few tears, I mean sad like you cry until you’re numb and those salty tears begin to taste like... normalcy. I’ve held the last in my hands. I’ve squeezed it and hugged it and kissed it goodbye.

And it’s ugly. But it’s also beautiful. It’s not both. Please don’t think it’s both. The last is something that draws me in because there’s no next after the last. Once you reach the last, that’s the last of it. What happens after the last?

It doesn’t begin again, if that’s what you’re thinking. It doesn’t restart. Once it ends, it’s the end. And you’re simply left with whatever is left behind. In this case, I was what was left behind. Left to die. Left to scream. Left to cry. Left to think.

So now, youâ&amp;#x20AC;&amp;#x2122;re left with me. Me in all my glory. In all my solitude and with all my thoughts. I should say that my thoughts are seeped in memories.

No thoughts on the future. Only on the past. But I suppose the past seeps into the present and on into the future so weâ&amp;#x20AC;&amp;#x2122;ll always be talking about all three.

When I close my eyes I hear those thoughts and those memories, and they screech and tear away at my mind and I struggle to breathe. But I continue. I search for other lasts and almost lasts and I try so hard to keep them safe and kiss them and hold them but itâ&amp;#x20AC;&amp;#x2122;s hard.

Excerpt from “The Last of the Ladybugs”, an one-act play by Kelann Currie-Williams (2016)

Watch Me Breathe Under The Sea, Rosetta, In Dialogue or (What More Can Be Said), Underpass, Untitled, Frozen in Time, Iâ&amp;#x20AC;&amp;#x2122;m Looking Up

Is This The End?, Faux Foliage, The Flowers Are Dead, Source of Life

In Dialogue: A Series In Three Acts

Photography book for my Intermedia production class, featuring excerpts from my one act play. 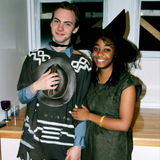