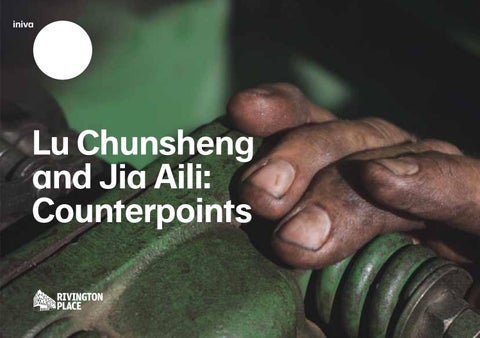 Jia Aili­­:  Make Believe… Lu Chunsheng:­­ The first man who bought a juicer bought it not for drinking juice

Artist Jia Aili applies an epic vision in paintings that portray man in a chaotic and apocalyptic environment, an environment in which ecological concerns have been overwhelmed by unspecified chaos. Jia Aili’s theatrical approach to painting allows him to make paintings that move off the canvas and onto the walls and floors, extending his field of imagery out from the illusion he has created on the canvas into the real world of objects in space. His paintings frequently depict the image of one human figure. Their theatrical presence is so powerful that often his paintings seem like tableaux in which his solitary character is the single performer in a visual drama set in a bleak landscape. The plight of the individual in an unforgiving world is a fundamental theme that runs through much contemporary art. The plays of Samuel Beckett above all have consistently expressed this and informed and influenced the subject matter of contemporary artists in the West over the past fifty years. The simple bleakness of Beckett’s sets in which the individual is condemned to a purgatorial existence that has no satisfactory conclusion is the stuff of late modernism. Jia Aili’s early paintings where a lone figure sits on the ground in the centre of an apparently devastated, vast, and totally barren landscape or on a bed abandoned in a post industrial desert devoid of anything else, evokes the iconography and forms of Beckett. But Jia Aili has no such point of reference. His painting has developed in an Oriental context which nevertheless throws up similar concerns. 3

As a young artist Jia Aili is engaged with this predicament and with all the anxiety it implies when navigating an insular life; confronting inner contradictions and disquiet. But his attention extends from an existential position to consider the implications of environmental catastrophe and political legacy, and the relationship between the two, particularly in the context of China. When Jia Aili’s solitary man tries to rest on a rusting bed or approaches a burnt out car they almost disappear in the expanse of landscape. In his huge paintings these images manifest essential ingredients of late modernism extended to comment on the condition of the modern world as well as the modern man. The scale of Jia Aili’s paintings are crucial to the experience of his work and the impact of his ideas. There is a physical relationship between the viewer and some of his larger paintings in which, when close to, the viewer cannot see their full extent and so becomes enveloped in the painting. The huge painting he is currently working on in his studio in the northern edge of Beijing is the scale of a backdrop to a stage performance. As Jia Aili’s work has progressed the lone figure has become more clearly discernable, sometimes drawn into the foreground of the painting rather than adrift far away. He, we assume it is a man, is naked apart from a gas mask of the sort left over from the Second World War. The suggestion is clear, the environment has deteriorated to such an extent that 4

man is stripped of everything but his will to survive. As he wades through a Nameless Lake or crouches at the edge of an endless sea in Nameless Day (the titles of series of paintings produced in 2006/7), his survival has become dependent upon filtering air into his lungs. Like many artists trained in China, Jia AiIi has a virtuosity with paint that enables him to express his ideas fluently. His facility not only provides him with the technique to depict images as he chooses but to explore and experiment with the painterly properties of the medium. In his more recent works the illustrative dimension of his painting has been augmented with an energetic gestural application of paint that surrounds his central figure, still in the post apocalyptic landscape of despair, in a jungle of brush strokes, flailing strips of matter, a sea of tendrils, a forest of branches, strips of light industrial waste, whatever, they express a psychic condition more than an illusion of reality. Jia Aili’s concern with the medium of painting per se makes reference to the history of art. His site specific installation at Rivington Place (shown alongside recent paintings that demonstrate the range of his work) is his interpretation of Caravaggio’s The Incredulity of Saint Thomas. Inspired by Caravaggio’s masterpiece, Jia Aili applies a study of the shapes and mechanism of interactions in the original work to the window of the gallery at Rivington Place that faces out onto the street to make a composition of shapes — a spotted surface of obliterated faces full of ‘wounds’ and the medication for them. 6

In contrast to Jia Aili, Lu Chunsheng works with film and photography. His first film to be shown in the West in 2006, History of Chemistry 2004, is located between the overtly social and the specifically individual. Although it may first appear preoccupied with the industrial era and communist history because Lu Chunsheng uses imagery that alludes to the Socialist Realist canon in communist China, his narratives are closer to surrealism than socialism. Using a form that alludes to mainstream cinematic narrative but often abandons it, History of Chemistry tells a fragmented tale of the endeavours of a sea captain and his crew shipwrecked in a desolate post industrial land. Although a crew, the isolated nature of the separate crew members is accentuated by Lu Chunsheng as they each silently pit themselves against a weird and unfamiliar environment. His longer film History of Chemistry II —

Excessively Restrained Mountaineering Enthusiasts completed two years later in 2006 relates the story of John Dee, astrologer, magician and mathematician, consultant to Queen Elizabeth 1st. Lu Chunsheng brings John Dee’s story forward into the present day and develops it into a kind of thriller in which the central character is John Dee’s descendent. This man has a ‘special ability’ (Lu Chunsheng’s words) which he has inherited from his ancestor. He is able to foretell the future and is being hunted by three ‘Company’ men who want him to tell them what he knows… As with History of Chemistry, History of Chemistry II lacks any

clear narrative although viewers have the sense of a story unfolding before them much as it does in a dream. In the process of making these films and in his most recently completed; The first man who bought a juicer bought it not for drinking juice (which has its European premiere presented by Iniva Rivington Place), Lu Chunsheng has developed a formal filmic language. Characters inhabit open spaces, lone figures pace the streets, traverse deserted building sites, car parks and industrial estates. Lu Chunsheng’s characters work away but achieve nothing in settings that have shifted from the symbolism of the Cultural Revolution to the imagery of mass production. They absurdly repeat actions in a manner that evokes once again the presence of Samuel Beckett and establishes a structure for the film that pays homage to Fellini and Bunuel. The solitary condition is central to the work of both Jia Aili and Lu Chunsheng. Man alone in a world defined by loneliness, isolation and uncertainty. Myth and imagination vie with reality as each artist asserts his personal vision whether in the language of cinema or the historically established conventions of painting.

Lu Chunsheng­­  Lu Chunsheng, The first man who bought a juicer bought it not for drinking juice film still, 2008

Lu Chunshengâ&amp;#x20AC;&amp;#x2122;s past works appear preoccupied with the Industrial Era and Communist history, and in this film our relationship to industrialisation, the natural and artificial, and land agriculture dominated by mechanisation, is seemingly explored against a backdrop of American urban-industrial and rural settings that have held mythological status. Here centuries after the Industrial Revolution, which marked a major turning point in human history, two interdependent characters, one the creator and its creation, both toil towards a joint end goal, in an 10

interdependent, interlocked existence. Psychologically dense, the film documents in progressive stages, without any recognisable plot and without further explanation, the mechanistic progression of a combine harvester, a machine used for harvesting crops. One of only two characters in the film, the combine is cared for by a mechanic. Disassembled in a workshop, and exiled from the arena of its function, the various parts of its mechanism undergo careful repair and methodical reassembly based on detailed diagrammatic instructions.Â

As is often the case in Lu Chunsheng’s work the male character portrayed in the film appears in a slight state of malaise, repeating acts which appear to have no clear outcome. Appearing at once removed from his world, in actuality the result of his deep absorption in it, the character’s individual identity takes second stage to his individual act of productivity, the outcome of which promises continued sustenance. The documentation of this process, one including the skilled production of new machine parts and eventually to the machines subsequent ‘re-birth’, a kind of Modern Prometheus, and its ultimate return to and looming presence in a cultivated field appears steeped in symbolism. Through a series of contemplative tableaux, the film gradually unfolds into a seemingly epic evolutionary journey told in reverse, as played out in the exterior world and the interior life of the subject, one where the man machine relationship and philosophical questions of existence are re-examined. As the artist himself has previously stated, the important thing is not the physical factors, but the incidents, and as the title of the film The first man who bought a juicer bought it not for drinking juice suggests, no event has a wholly predictable outcome.

Lu Chunsheng: The first man who bought a juicer bought it not for drinking juice, 2008 running time 27 minutes 17 seconds, blu-ray disc format Lu Chunsheng’s film is the product of a residency at Artpace San Antonio, Texas, organised by Hans Ulrich Obrist. Iniva’s staging is organised by Fountain as part of a wider touring exhibition of the film in Europe and South East Asia conceived, curated and produced by Fountain. The film is commissioned and produced by Artpace San Antonio and supported by ShanghART Gallery, China.

Acknowledgements Iniva (Institute of International Visual Arts) and David Thorp wishes to thank Jia Aili and Lu Chunsheng for their generosity in working with us, and Adelaide Bannerman for her project management.

Iniva engages with new ideas and thinking in the contemporary visual arts, reflecting in particular the cultural diversity of contemporary society. We work with artists, curators, creative producers, writers and the public to explore the vitality of visual culture.

A copy of this booklet is available in large format print.

The accompanying publication on 'Lu Chunsheng and Jia Aili: Counterpoints ' a two person exhibition at INIVA London, 2011 with installation shots and essays by David Thorp and Keith Whittle. 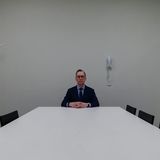