Ford Sayre’s Alpine Ski Jumping Program BY EMMA WUNSCH PHOTOGRAPHY BY JIM BLOCK Did you know that New Hampshire is the only state in the country that still offers high school ski jumping? Does your little ripper want to literally soar to new heights? if you have a child in kindergarten through 12th grade, consider checking out Ford Sayre’s Ski Jumping Program. Program Director Heidi Nichols says future jumpers should be strong Nordic skiers and the usual age to begin jumping is seven or eight. Typically, 10 to 20 kids participate each ski jumping season although new participants are welcomed to join during the season. Nichols began ski jumping because she wanted to keep up with her older brother who was so good he tried out for the Olympics. While Nichols was never Olympic material, she loved her Hanover High jumping experience. She’s been running Ford Sayre’s ski jumping program for four years and describes it as a really fun and low-key winter team activity. Olympians Joe and Mike Holland, two brothers (out of three) who grew up in Norwich, Vt. have been Ford Sayre’s ski jumping coaches for the past seven years.

Joe and Mike competed in the Olympics in the 1980s and 1990s. In 1985, Mike held the world record (186 meters) for 27 minutes before a Finnish jumper beat him. Ford Sayre has three levels of jumps for students. Beginning athletes practice on the Landing Hill until they get to the 10m jump. After the 10 meter, students make their way, gradually, to the 20 meter and, eventually, the 32 meter. Coaches Joe and Mike are rigorous about safety (helmets are a must) and many jumpers don’t make it to the 32 meter jump until their second or third season. Kate Harrison, the parent of a12-yearold jumper, says one benefit of ski jumping is that since “it’s a technical sport, there’s instant feedback. Joe and Mike, who are dedicated and positive, always give jumpers something to work on right after each jump.” Ski jumping season, like all New England winter sports, is totally weather dependent. The season usually starts in January and runs until the snow isn’t safe to jump on, which is typically mid-March. Ford Sayre practices Monday and Wednesday evenings in 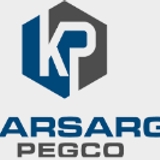 The go-to guide for families in the Upper Valley area of NH and VT. Articles include ski jumping, youth film festival, why failure is a good...

The go-to guide for families in the Upper Valley area of NH and VT. Articles include ski jumping, youth film festival, why failure is a good...