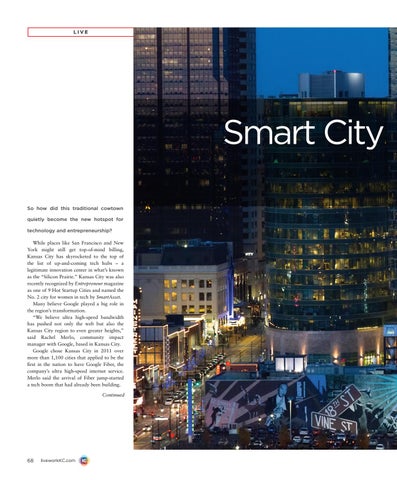 Smart City So how did this traditional cowtown quietly become the new hotspot for technology and entrepreneurship? While places like San Francisco and New York might still get top-of-mind billing, Kansas City has skyrocketed to the top of the list of up-and-coming tech hubs – a legitimate innovation center in what’s known as the “Silicon Prairie.” Kansas City was also recently recognized by Entrepreneur magazine as one of 9 Hot Startup Cities and named the No. 2 city for women in tech by SmartAsset. Many believe Google played a big role in the region’s transformation. “We believe ultra high-speed bandwidth has pushed not only the web but also the Kansas City region to even greater heights,” said Rachel Merlo, community impact manager with Google, based in Kansas City. Google chose Kansas City in 2011 over more than 1,100 cities that applied to be the first in the nation to have Google Fiber, the company’s ultra high-speed internet service. Merlo said the arrival of Fiber jump-started a tech boom that had already been building. Continued 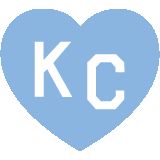 Welcome to a championship city. In this issue of KC Options learn about the companies and startups driving world-renowned innovation, the af...

Welcome to a championship city. In this issue of KC Options learn about the companies and startups driving world-renowned innovation, the af...