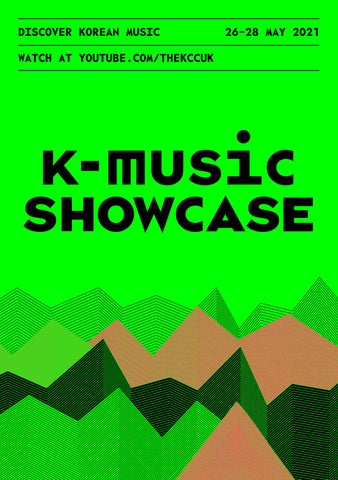 The K-Music Showcase returns for 2021 with an online edition featuring the latest musical talent from Korea. Since 2015, the K-Music Showcase in London has presented exciting Korean bands to audiences before the bands embarked upon a tour of the UK festival circuit including Sound City. For this year, the online edition of the showcase will present a spectacular line-up featuring 6 outstanding bands and give audiences a rare opportunity to experience different voices and music from Korea, including hip-hop, R&amp;B, EDM to alternative pop to punk.

The 2021 K-Music Showcase is a truly international event, for 2021 it is being presented in partnership with the Sejong Center in Seoul, as well as the Korean Cultural Centres in the UK, Belgium and Spain.

LISTEN TO THE K-MUSIC PLAYLIST

‘If Cut Copy, Daft Punk and Chromeo had a Korean baby they would beget the trio Idiotape’

*Please note: the online programme will be available to watch until 27 June after the free stream.

BIBI is an urban R&amp;B and hip-hop singersongwriter based in Seoul and former finalist on the Korean audition TV show, The Fan (SBS, 2019) where she came 2nd. She released her debut single BINU right after the show and since then has released a single and an EP The Ultimate Manuals of Love with Feel Good Music, a record label founded by Tiger JK and Yoon Mirae – the first generation of Korean hip-hop – the label has long provided a place for young artists in Korea’s hip-hop and R&amp;B scenes to flourish. BIBI featured on J.Y. Park’s latest single, Fever. BIBI was recognised by Spotify as one of their 2020 Top 5 Most Streamed RADAR Korean Artists.

‘Samuel Seo’s exploration […] has gained him somewhat of a cult following, often putting him at the forefront of an evolving underground subculture’ DAZED

WATCH A VIDEO OF SAMUEL SEO

WATCH A VIDEO OF BIBI

Formed in Seoul in 2016 with Soyoon (vocals/ guitar), U Su (drums) and Park Hyunjin (bass) the band debuted with their single Long Dream in 2017. They have explored their own voice ever since, with a wide spectrum of musical influences varying from blues, psychedelic rock to new wave and synth pop. After releasing their debut EP Summer Plumage, the band was awarded ‘Rookie of The Year’ at the Korean Music Awards in 2018. They have performed at several international festivals including Reeperbahn Festival, Summer Sonic, Modern Sky Festival, Megaport Festival, Ear Hub and more. In 2020, “Nonadaptation” was named among the 35 best rock albums of 2020 by US music publication Pitchfork.

George is an R&amp;B singer-songwriter and producer, and one of the fastest rising artists in Korea. George’s single Swimming Pool was selected as one of the ‘Best of 2018’ by Apple Music Korea’s editors and his EP Cassette climbed all the way to the top of Apple Music’s R&amp;B Chart. Before his debut, George established a strong bond with the public through social media. Word spread quickly and it wasn’t long before musicians started to contact him to make music together. BTS’s Jungkook released his cover of George’s recent ballad Look at Me, which added to the song’s popularity. In 2019 George made his international debut at Sound City and then The Great Escape in Brighton, one of the best festivals in the UK for new cutting-edge music.

“There Is No Such Thing As A Perfect Band!” Clash Meets Se So Neon CLASH MAGAZINE (UK)

WATCH A VIDEO OF SE SO NEON

WATCH A VIDEO OF GEORGE

Since 2013, we have worked with the Korean Cultural Centre UK (KCCUK) and Korean Creative Content Agency(KOCCA) on the annual ‘Korea Rocks’ showcase at Sound City which is the UK’s independent music festival and for new music, every year hosting 350 artists to 2000 industry and 10,000 music fans over 3 days.

We are honoured to have established great links and friendships with the Korean music industry and we thank KCCUK and KOCCA for their support in making this happen. Next year, we hope to see Korean bands’ live performances in Sound City and in the K-Music Showcase in the UK.

the Digital Liverpool Sound City which took place from 26th April to 1st May this year.

Due to the Covid-19 pandemic, the K-Music Showcase will take place online this year. However, it will still present exciting and various Korean music featuring 6 Korean bands including Drinking Boys and Girls Choir who performed at Sound City in 2019. BIBI and Seo Samuel had also an opportunity to take part in

The relationship between Sound City and the Korean music scene has also taken on another dimension. In 2014 Sound City applied to Arts Council England to support ‘Sound City Korea’ a pioneering programme for musicians and industry professionals who are based in England, that targets Korea, a rapidly emerging and increasingly important international market with an annual spend of $53m on music and digital content, that’s widely seen as a gateway to a wider Asian market. In its first 5 years it has supported 100 musicians and industry professionals to attend 2 leading Korean festivals: Zandari Festa and MU:CON.

Idiotape sound like a sixties pop band with a mighty drummer, fed through an analog synthesizer and turned into a dance phenomenon. In 2015 IDIOTAPE completed their first tour of Europe, performing at Glastonbury, Fusion, Exit, FMM, Techno Parade, Lille 300 and ending the year at Trans Musicales in Rennes. Going beyond the local scene, the band has toured across continents by performing at world-renowned music festivals such as K-Music Festival 2016, Sziget Festival, SXSW, Amsterdam Dance Event, Paleo Festival, Pohoda Festival, Reeperbahn and so on.

Drinking Boys And Girls Choir is a 3-piece skate punk band featuring the challenge and energy of youth. Formed in 2013 they participated in 2019 editions of SXSW, The Great Escape and Liverpool Sound City. The band has been featured in well-known music magazines such as Stereogum, MTV US, Brookelnvegan, The 405 and The Quietus who all posted favourable articles on the Drinking Boys And Girls Choir’s skate punk music. Inspired by Sum41, NOFX and Daegu’s 90s-00s hardcore punk/indie-rock scene before it moved to Seoul, a topic the band are very passionate about - they won’t move to the capital, instead preferring to take part in nurturing a sustainable local scene.

“Drinking Boys and Girls Choir blast out pure pop-punk from South Korea that was filled with so much energy their guitarist was bouncing from the pillars.” GETINTOTHIS

WATCH A VIDEO OF IDIOTAPE

WATCH A VIDEO OF DBGC 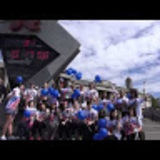