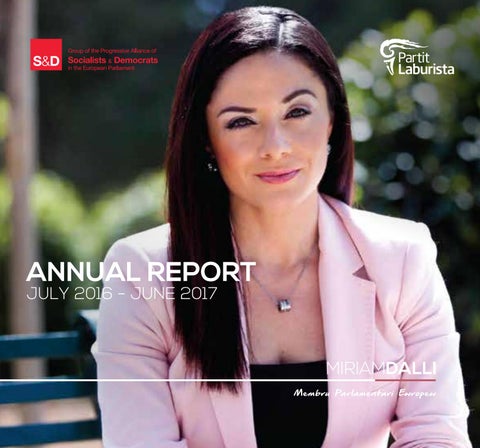 Miriam Dalli put pressure on the European Commission to remove harmful chemicals from the European market. These chemicals could result in tumours and have negative effects on the human reproductive system. The European Parliament approved a law establishing a Returns Document for illegal immigrants in the European Union. Miriam Dalli was one of the key negotiators for this legislation.

During the dismantling of the Marsa Power Station, she held discussions with Enemalta on alternative energy, which could contribute to cleaner air and a better quality of life. The main focus of these discussions were the shift towards cleaner energy, electric vehicles, and the possibility of maritime vessels using electricity when docking into local ports.

During this month, water scarcity in Malta was given special attention by Miriam Dalli. In collaboration with former MEP Therese Comodini Cachia a number of young students and Maltese stakeholders were invited to the European Parliament to present local projects promoting the conservation of water.

The Circular Economy project with “San Benedittu Secondary School” in Kirkop comes to a successful conclusion with the inauguration of a new garden made entirely from recycled materials. Miriam was elected as the Socialists and Democrats coordinator for the Environment, Public Health and Food Safety. She also worked on the EU’s Liqueﬁed Natural Gas (LNG) strategy addressing the dependencies of various European countries on fossil fuels. Cyber-bullying and its impact on mental health of young people was under the spot light during a high level conference in Brussels organised by MEP Dalli.

A conference on autism, organized by Miriam, proved successful in pushing forward the agenda for a more inclusive education system. A collaboration with the commercial aviation sector in Malta was initiated through discussions on relevant European legislations.

Miriam Dalli led the Socialists and Democrats in pushing the European Commission to consider innovative treatment solutions for cancer-stricken children. Her work on important legislations such as visa simpliﬁcation with non-EU countries as well as type-approval and market surveillance of European vehicles was concluded.

Miriam hosted an exhibition of a Phoenician shipwreck situated off the Gozitan coast at the European Parliament.

With the start of the Maltese Presidency of the Council, Miriam Dalli played an active role including in plenary session debates in Strasbourg and other various meetings and events. She worked with European and local stakeholders on the “Arms Directive” in order to ﬁnd the right balance between the need for a safer society and the legal rights of arms enthusiasts. Miriam was re-conﬁrmed as coordinator for the Socialists and Democrats.

She represented the European Parliament in her work on gender-based violence. Miriam’s work was also crucial to the Commission’s stand on low risk biological pesticides. Together with the General Workers’ Union, she addressed the challenges that Maltese women face in their professional working lives.

“Votewatch Europe” classiﬁes Miriam Dalli as the second most inﬂuential MEP on environmental issues. She was also awarded “MEP of the Year” for the Public Health sector by the European Parliament magazine for her work on autism, cancer and mental health. After working in favour of a more accessible education system, the University of Malta simpliﬁed the admission requirements for students with learning difﬁculties.

In collaboration with Parliamentary Secretary Silvio Schembri, Miriam set up an initiative to support victims of domestic violence and gambling. Miriam Dalli pushed for wider EU support for organ donation. Miriam Dalli questions the European Commission about the legalities regarding the Manoel Island development. Meetings with Maltese and foreign stakeholders helped to strengthen her position as S&D rapporteur on the report on child sexual abuse online Dalli organised a high level conference regarding the Maltese Presidency of the Council of the EU and on the future of the EU, with the participation of Prime Minister Joseph Muscat and other MEPs.

During stakeholder meetings with the European Commissioner for the Environment and MEPs responsible for the Circular Economy Package, Maltese stakeholders had the opportunity to discuss the impact of this legislation on their work She led her political group to draw up positive initiatives to address food waste.

Miriam concluded her work on the Effort Sharing Regulation which will reduce emissions by 30% from speciďŹ c sectors. She also took a strong position on the removal of chemicals from the European market, which are resulting in a decrease in honeybee populations. Miriam Dalli continued promoting the inclusion of students with autism in our education system by visiting different schools.

This June, marks the end of my third year of work within the European Parliament. In this leaďŹ&#x201A;et, you will ďŹ nd a summary of my work over the past year up until June 2017. During this year, I pushed forward the issues that many of you indicated as priorities, particularly health-related issues and equal opportunities for everyone. I pledge to remain committed to represent you in the best possible manner. Your priorities are my priorities at the European parliament.

MIRIAM DALLI IS A MEMBER OF: – Committee on the Environment, Public Health and Food Safety – Committee of Inquiry into Emission Measurements in the Automotive Sector – Committee for Civil Liberties, Justice and Home Affairs – Committee on Industry, Research and Energy – Committee on Petitions – Delegation for relations with the Maghreb countries and the Arab Maghreb Union – Delegation to the EU-Armenia, EU-Azerbaijan and EU-Georgia Parliamentary Cooperation Committees.

S’ISSA... MIRIAM DALLI CONCLUDED HER WORK ON 17 REPORTS INCLUDING: -

The legislation on emission reductions and climate change. Short-stay visa waivers for Tuvalu, Marshall Islands, Micronesia, and Solomon Islands. European Travel Document for the return of third-country nationals staying illegally in the EU. Reduction of pollutant emissions from road vehicles. European Ombudsman Report on Frontex. The annual report on the activities of 2015 of the European Ombudsman. Blue Economy (Maritime Economy). European Fund for Strategic Investements. European Electronic Communications Code. A body for European Regulators on Electronic Communications. Type-approval and Market Surveillance of European vehicles. The ﬁght against human trafﬁcking. A programme on interoperability solutions for European public administrations, businesses and citizens (ISA2) Interoperability as a means for modernising the public sector. - European Energy Security Strategy. 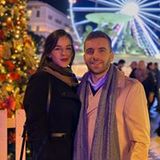