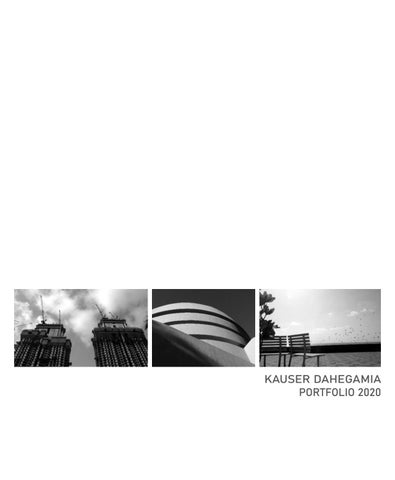 WEAVING THE DOUBLE SKIN Project: Double skin facade design specific to shading purpose Location: Ankara, Turkey Level: M Arch II, Fall â&amp;#x20AC;&amp;#x2DC;19 Mentor: Ar. Ahu Aydogan Team: Kauser Dahegamia, Aviya Goldstein The studio aimed at re-designing the double skin facade of a Telekom headquarter building with the aid of nature inspired elements. In this case, Spiders and their webs were referenced by studying in detail about their types and web making mechanism. The studies from the same were incorporated to design a sustainaible viable solution for a shading mechanism within these double skin facades.

A. COLOR Use of colorful intervention (straws) to gauge reaction and web building capabilities of spiders. RESULT: Not Effective

B. HEIGHT Use of transparent interventions in 2 variants; Same &amp; Varying Heights. RESULT: Webs were linked within the varying height supports

Wooden intervention at the top

Silk strings at the bottom

Wooden inputs spaced out. (Denser at the top while sparse at bottom) 9

Post testing our conceptual theories with the cellar and grass spiders, wood as a material emerged as the most responsive due to its nature and texture. The scaled model boxes (wherein 1ft = 1 inch) created to house the spiders within the design interventions had wooden interventions on a panel perpendicular to the exterior and interior facades. The placement of wooden interventions of varying heights on the panel was done according to the shadow analysis. The number of wooden dowels at the top were kept dense and longer in length and they went on to become sparse and shorter in length towards the bottom. After multiple 3d modeling options, the apt angle for the panel and the density of the wooden dowels was configured to achieve maximum shading. The analysis led us to the final model box, wherein an internal panel tilted at 15 degrees, right at the center was introduced with wooden dowel on alternate sides. This internal panel didnâ&amp;#x20AC;&amp;#x2122;t span the entire height of the buffer space, instead it spanned only half way. A major reason to do this was due to the fact that the top part of the panel received maximum sunlight. The side panels were tilted at the same angle and responding well to that, the grass spiders spun very dense webs across the entire box, which in return was viable for shading .

ARCHEOLOGY OF THE FUTURE ‘Liberating the Ground’ Project Type: Research + Design for a time-based infrastructural facility on Pine street burial ground site Site Location: Kingston, New York Level: M.Arch II, Spring ‘20 Mentor: Ar. Jerome Haferd The burial ground land is nestled in a residential area of a regional town &amp; is now at the center of a community and youth-driven design process to memorialize and re-imagine it as a visionary center for communal activity and education. The design proposal intends to understand the notion of the ground within the vertical &amp; horizontal datum. The intervention introduces a new stewardship module &amp; vertical archiving system through the ‘nodes’ across the block which would re-render the idea of functionality and use of the sacred ground.

Analytical drawing series to understand the narrative of a sci-fi read: â&amp;#x20AC;&amp;#x2DC;The tellingâ&amp;#x20AC;&amp;#x2122; by Ursula LeGuinn, where culture is preserved under a capitalist supression. The integral themes recognised were narration and decentralized knowledge.

Analytical drawings depicting the redesign of a space of pedagogy to understand the theme of territory. Alterations within the volumetric space assisted in understanding the ground plane and interactive spaces. 23

Conceptual Cross Section of the Node : Indicating varied spatial experiences to the user 27

TOWNSHIP HOUSING STUDIO Project: Hi-end Residential Township Design Location: Ahmedabad, India Site Area: 30185 Sq. m. (8.7 Acres) Level: B. Arch Sem. VII Mentor: Ar. Rajiv Darji, Ar. Vimarsh Pandya The proposed residential township was designated to include myriad typologies of residential quarters such as 3/4 Bedroom appartment towers, Twin houses and Luxurious Villas. The design was governed by the spatial planning of varied typologies considering all the basic infrastructural amenities with respect to the city building codes and regulations. Detail to spatial connectivity between individual block was maximized. Integral part of the design was to have community space pockets which were provided keeping in mind the lifestyle and culture of the user group residing there. 32

View from the internal streets

Twin houses placed on the internal side for adequate privacy

The duplex apartments (3BHK and 4BHK) were designed with the concept aimed at intertwining the masses of two individual apartments to negate subsidiary volumetric spaces and to have ease of private accesses within each module.

CENTER FOR TRANQUILITY Based on Ayurvedic Principles Project: Thesis, Based on Ayurvedic principles Location: Khandala, Maharashtra, India Level: B.Arch, Sem. IX Mentor: Ar. Neha Mody The main aim for the research and design thesis was to explore the environmental (natural) and artificial psychological of spaces in architecture and how that can act as a catalyst for developing healing spaces. The design ideology was guided with an intent to provide an individual/group; activities, methods and spaces to relax and relieve stress through traditional methods of practise i.e Ayurveda. Thus, representing the culture of India in its purest attribute.

UTILISING THE UNDER-UTILISED Urban Insert Project: Redesigning a vital 1.4 mile long arterial stretch of the city on an urban scale Location: Ahmedabad, India Level: B.Arch, Sem. VIII Mentor: Ar. Amit Gotecha, Ar. Nachiket Shelat Team: Kauser Dahegamia, Prachi Doshi, Virad Mukhi, Prashant Rathod, Rajvi Shah The main aim for the design proposal was to efficiently re-design the patch stretched between two densely populated areas of the city. While doing so, embracing the current issues and resolving them. The ideology adopted for the entire stretch was to integrate public transport, progressive flow of traffic and pedestrians, commercial activity and green spaces together. For this purpose, the projects were undertaken for designing were Urban Chowk, Transportation modules, Green pockets and a Central Commercial Centre. 46

UTILISING THE UNDER UTILISED

The study stretch acts as a strong spine conne

ecting the western &amp; eastern parts of the city

Project: Conceptual Graphic-Collages based on the text ‘The Generic City’ by Rem Koolhas Location: Not Site-specific Level: MS. Arch, Sem. I Mentor: Ar. Maria Fullaondo The design seminar course proposed methods of examining and decoding the creative thinking processes of architecture - based on rhetorical concepts, aiming to ‘enrich the creative spectrum’, as Julian Barnes states. Considering the architect as an inventor of relations, attention is placed on the strategies and mechanisms that break the logic of discourse to the point of transformation, which allows the search for unpredictable relations between the concept, content and context in architecture. The notions of ‘decontextualization’, ‘deviation’, ‘disjunction’ and ‘conflict’ in architecture were explored aswell. 54

A compilation of projects from undergraduate and graduate architecture program. 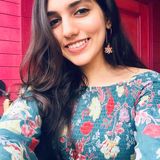