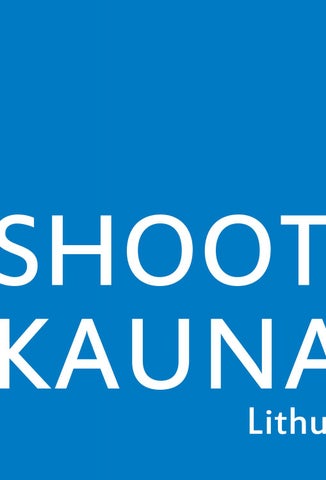 FILL IT U WITH Y

Kaunas Old Town is the oldest part of Kaunas city. Monument of urbanistics. Kaunas Old Town was formed over several centuries â&#x20AC;&#x201C; the extant authentic urban heritage is almost 600 years old. Buildings in Gothic, Renaissance, Baroque and later styles of architecture are numerous in the Old Town, there are plenty of valuable historical, cultural and architectural heritage sites.

The heart of Kaunas – the Town Hall, the living history of the city, also called the “White Swan” by Kaunas residents, was laid down in 1542. This is one of the oldest and most beautiful buildings of the temporary capital. It was reconstructed several times; not only the interior but also the exterior was modified, different architectural styles were applied. Currently, in the Town Hall architecture there are elements of 3 styles predominant – Gothic, Baroque and early Classicism. OLD TOWN

KAUnAS CASTlE The castle on the confluence of the Nemunas and the Neris rivers was built in the 14th century to fend off the attacks of Crusaders. It is one of the first stone castles in Lithuania, and also the only one with two rows of defensive walls. Around this Gothic defensive structure, a settlement was built that grew into the current city. The castle is mentioned in written sources for the first time in 1361.

HOUSE OF PERKĹŞNAS This is the most original and impressive Gothic style dwelling house in Lithuania. It is believed that the house was built in the second half of the fifteenth century; it has many stories about the community of Hanseatic merchants who resided here, and about the statuette of PerkĹŤnas (ancient Lithuanian God of Thunder) found in the wall in the nineteenth century.

MUSEUM OF THE HISTORY OF lITHUAnIAn MEdICInE And PHARMACEUTICS This is one of the most unique museums in the Baltics. The exhibition depicts the nineteenth century pharmacy of a Lithuanian town. The museumâ&#x20AC;&#x2122;s collection consists of personal belongings of Lithuanian doctors and pharmacists, medical devices, documents, equipment of hospitals and pharmacies.

LAISVĖS ALĖJA (LIBERTY AVENUE) It’s a boulevard-type pedestrian street, which extends for 1.6 km and connects the main parts of city – the Old Town and the New Town. This avenue, formed in the nineteenth century stretches exactly in the direction east-west.

KAUnAS FORTRESS The fortress, construction of which started in 1882, was one of several largest and most important fortresses throughout the Russian Empire of that time. Kaunas Fortress by its defensive value equalled to Warsaw and Brest military fortresses. It consisted of administrative buildings, barracks, artillery warehouses, bombshelters, railway lines, cobblestone roads, etc. The most important part of it - defensive ring of forts and batteries. The fortress had a huge influence on the urban development of Kaunas. With its size it surpasses all other militaristic complexes in Lithuania, is relatively well-preserved and perfectly illustrates the evolution of fortification of the late 19th - early 20th centuries. Before the First World War, nine forts were built in Kaunas, while others, although planned, were either left unfinished, or not even started to be built.

PAÅ½AISLIS CHURCH AND MONASTERY COMPLEX This is one of the most impressive and beautiful examples of Baroque architecture throughout Northern Europe. This sanctuary on the outskirts of Kaunas was built in the seventeenth century. The ensemble was designed by the Italian architect Giovanni Battista Frediani.

KAUNAS CATHEDRAL BASILICA OF APOSTLES ST. PETER And ST. PAUl It is the only Gothic basilica style church and the biggest Gothic sacral building in Lithuania. Although built in the fifteenth century, it was reconstructed several times; it took on the features of Renaissance, Baroque, Classicism, Neo-Gothic, Neo-Baroque styles. The Cathedral is included in the Pilgrim Route of John Paul II.

VYTAUTAS CHURCH (THE CHURCH OF BLESSED VIRGIN MARYâ&#x20AC;&#x2122;S ASSUMPTION) Built in the fifteenth century, this is one of the first brick Gothic buildings in Kaunas and one of the oldest churches in Kaunas. It has the unique shape of the Latin cross, distinctive exterior, and is the monument of the early Gothic in Lithuania. It is dominated by a monumental 28 m high tower. During the Napoleonic wars it was used as a military ammunition warehouse.

ST. GERTRUDE’S CHURCH This is a small former suburban sacral building – one of the most distinctive and the oldest Gothic architectural monuments in Lithuania. It was built in the second half of the fifteenth century.

Kaunas Garrison Church was built in 1891-1895 in the Neo-Byzantine style with all the features of an Orthodox Church. It was built for the Kaunas military garrison and was meant to be the representative building of Kaunas military fortress. In the construction of this sobor, a 16.3 m diameter reinforced concrete dome was installed â&#x20AC;&#x201C; for the first time in Lithuania. Now it is used as a Roman Catholic Church.

ST. GEORGE CHURCH And BERNARDINE MOnASTERY St. George Church and Bernardine Monastery is a church standing on the confluence of rivers from the fifteenth century. It is a Gothic structure and one of the oldest churches in Kaunas. The Gothic style church and monastery are distinguished by their unique facade shapes.

InTERwAR ARCHITECTURE Modernist ideas, which were quite rapidly spreading in the bigger part of the Western world after the World War I, soon found their way to Lithuania as well. Architects studying abroad brought these ideas to their native land, and here they acquired a distinctive form, often called the Kaunas school of architecture. Each of the architects who worked here had a distinctive style, featuring different modern variations, in which historicist elements, search for the â&#x20AC;&#x153;national styleâ&#x20AC;? or just attempts to convey the fundamental principles of modernism under local circumstances were manifesting. It is mainly in Kaunas where the most interwar modernist buildings were built. The fact that the construction was carried out not by individual buildings but in entire complexes, allowed the interwar modernist architectural property development to form a unique architectural character of the city of Kaunas, which became the most significant part of its image and identity.

In 2015, Kaunas interwar architecture was celebrated and awarded the European Heritage Label

OFFICERS’ CLUB Built in 1937, Lithuanian Officers’ Club is one of the most impressive buildings of the late interwar period in Lithuania, distinguished for its “national” style and patriotic symbols. Its architecture and decoration witness the exceptional social status the officers had in the inter-war Lithuania.

KAUnAS CEnTRAl POST OFFICE Built in 1930-1932, the Central Post Office Palace is one of the main representative buildings of the interwar period. It is a particularly significant symbol of “national” style modernist architecture.

FUnICUlARS Kaunas is the only city in Lithuania (and in the Baltic states) with this type of transport, operating since 1931. In Žaliakalnis and Aleksotas, these “hill-climbing cabins” are now used as means of communication and also as means of entertainment.

CInEMA “ROMUVA” Romuva is the last cinema theatre that began operating in then still free Kaunas (1940). At that time, this cinema with 687 seats was the largest and most modern one in the Baltics. The cinema theatre is represented by the Art Deco shaped facade with a high glass promotional tower, rising above the corner of the lobby roof. Romuva is a unique relic of the interwar period. It is the oldest, the only one still operating interwar cinema in Lithuania.

VYTAUTAS THE GREAT MILITARY MUSEUM This is the testament to the maturity of the modern Lithuanian culture, a monument to one of the greatest medieval Lithuanian rulers. Architecture of the building combines the classical tradition and elements, characteristic to modernism.

SOVIET ARCHITECTURE The Soviet period had significantly changed the face of Kaunas. After the WWII, the elite of the interwar architects fled to the West, but many of their students remained in Kaunas and tried to retain the cityâ&#x20AC;&#x2122;s identity. However, resisting the force of planned economy and the government regime has not been easy.

INDUSTRIAL OBJECTS Kaunas has always been an important industrial centre. When industrial revolution reached Kaunas in the mid-nineteenth century, rapid development of factories, power plants, railway hubs became unstoppable. Different industries prevailed and flourished depending on the changing economic conditions. There are many impressive industrial sites in the city â&#x20AC;&#x201C; some of them are not operating, but have retained their authenticity, while some have been successfully adapted for the current activities.

lAndSCAPES Kaunas is a green and flowering city. It has 16 parks, 3 forest parks, 3 landscape reserves, 1 regional park, 5 theriological reserves (protecting bats), 1 ornithological reserve. The Ąžuolynas (Oakwood Park) is the Europe’s largest oak park located in an urban area (about 770 oaks). Area of the park is 84.82 hectares. Kaunas has a yacht club and marina, a zoo and a botanical garden.

KAUnAS dISTRICT Kaunas District is the green emerald of Lithuania, located at the intersection of three largest Lithuanian rivers – Nemunas, Neris and Nevėžis. 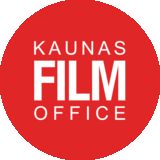