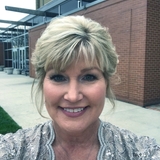 Karen Swanson became the principal of Howar Middle School in the Centerville Community School District in 2017. Swanson is in charge of overseeing all higher-level activities at the Jr High School, including creating a safe and conducive learning environment and establishing performance targets for teachers and students. And the results of her efforts are visible. Howar Middle School is currently ranked 94th in the state and serves approximately 300 pupils. According to U.S. News & World Report, 70% of Swanson's pupils scored at or above the proficient level in arithmetic, and 69 percent scored at or above that level in reading, both of which are ""Well Above Expectations.""