Once considered to be one of the widest ranging mammals of the Palearctic (Corbet 1978), Eurasian otters (Lutra

lutra Linnaeus, 1758) have recently experienced dramatic declines in population numbers that have led to their extirpation from several parts of their original distribution (Roobitaille and Laurence 2002). In view of this negative trend, some European countries have initiated systematic restoration and reintroduction projects (e.g., The Netherlands, Seignobosc et al. 2011), while most of them have established systematic management efforts (e.g., Italy, Prigioni et  al. 2007; Poland, Kloskowski 2011), and as a result, otter populations in several countries are recovering (Kranz 2000). In Greece, Eurasian otters are considered to be widespread throughout the mainland of the country and can be found on some islands. Numerous threats have led recently to the fragmentation and reduction of otter populations, and the species is now considered to be threatened in Greece and is therefore strictly protected. Scientific research that will collect baseline information on the biology of the species and promote effective management and conservation measures has been identified as one of the conservation priorities for otters in Greece (Galanaki and Gaethlich 2009). From 2010 to 2012, a long-term monitoring program was carried out in northwestern Greece with the aim of assessing the occurrence of otters at Lakes Zazari and Himaditida (N 40°36′, E 21°33′) and acquiring baseline information on dietary habits and activity patterns. Both lakes are important nesting and breeding areas for birds and belong to the ecological network of protected areas, Natura 2000 of the European Union. However, no active management and protection measures are currently in force, and intense human activities threaten both lakes. Otter occurrence was established through standard sign surveys (Reuther et  al. 2000). In 2010 (September– November), the entire perimeter of Lake Zazari and two 800-m-long sites at Lake Himaditida, the only ones permanently accessible by foot, were monitored systematically (i.e., one visit per week). Furthermore and depending

240      A.A. Karamanlidis et al.: Eurasian otters in northwestern Greece on accessibility, other smaller sites along the perimeter of Lake Himaditida were surveyed in 2010 opportunistically (i.e., one visit per month). In 2011–2012 (July–December), both lakes were inspected opportunistically in order to monitor and verify otter occupancy patterns in the already established areas of presence. Otter dietary habits were determined through the analysis of very fresh spraints only, collected during the systematic and opportunistic sign surveys in 2010 and 2011. Spraints were identified by experienced field researchers through the characteristic odor and external appearance (Mason and Macdonald 1987), and dietary analysis followed the guidelines by Conroy et al. (2005). Because of a detailed, concurrent dietary study in the area (Bousbouras et al. 2012), the present research aimed at confirming general feeding patterns and food items were identified only to the highest taxonomic level. Results are presented as relative frequency of occurrence (RFO) (i.e., number of occurrences of the prey item as a percentage of the total number of occurrences of all prey items). Otter occurrence and activity patterns at Lake Himaditida were investigated in 2012 using five infrared cameras that were deployed at five locations and programmed to record videos continuously. Animal activity was categorized as morning (i.e., 05:00–12:59), midday (13:00–20:59), and night (21:00–04:59). A total of 414 signs of indirect presence of otters were recorded (Lake Zazari: 2010 n: 70; 2011 n: 10; 2012 n: 10

– Lake Himaditida 2010 n: 268; 2011 n: 46; 2012 n: 10). At Lake Zazari, otter signs were found mainly on rocks (52%), mud (11%), and grass (8%) along the entire coastline of the lake. At Lake Himaditida, otter signs were found almost exclusively on rocks (87%) along the northern part of the lake. Otter signs were found at both lakes during all the months of the study. Dietary habits were determined through the analysis of 132 otter spraints from both lakes (Lake Zazari: 2010 n: 20, 2011 n: 10; Lake Himaditida: 2010 n: 57, 2011: n: 45) and all survey months. The overall RFO was the following: amphibians: 29%, birds: 26%, fishes: 39%, invertebrates: 1%, small mammals: 3%, reptiles: 2%. There were no significant differences between the RFO of the two sampling areas (Wilcoxon’s signed ranks test Z: -0.211, p = 0.833) and the two different sampling years (Wilcoxon’s signed ranks test Z: -0.135, p = 0.893). RFO according to sampling month indicated a gradual increase of birds and a concurrent reduction of amphibians and fish in the diet of otters in the study area (Figure 1). The infrared cameras operated for a mean of 78 days (total: 9360 h) and recorded otters on 16 occasions. All captures occurred during the night and involved a minimum of five different individuals (one adult or adult-sized male, one adult female, and three cubs); sprainting activity was recorded on three occasions (Figure 2). Because of its important ecosystem function and conservation value as a flagship species (Saavedra and Sargatal 1998), coordinated efforts have been initiated across

Figure 1 Relative frequency of occurrence (RFO) of food items in the diet of Eurasian otters (Lutra lutra) according to sampling month. Values in parentheses indicate the number of spraints analyzed.

Europe to study and protect Eurasian otters. In Greece, however, the species has gone largely unnoticed by the scientific and conservation community; indicative of this situation is the fact that only few studies can be found in the peer-reviewed literature, most of which being more than a decade old (e.g., Macdonald and Mason 1982, 1985, Delaki et al. 1988, Gaethlich 1988, Gémillet 1993, Gourvelou et al. 2000, Ruiz-Olmo 2006). Although outdated, information on otter occurrence in Greece is available for northeastern (Macdonald and Mason 1985) and western Greece (Gaethlich 1988), and the island of Corfu (Ruiz-Olmo 2006). In their study in northwestern Greece, Macdonald and Mason (1982) did not investigate Lakes Zazari and Himaditida. The results of this study indicate the presence of a permanent population of otters in these two lakes that includes at least a family nucleus. Although species presence at Lake Himaditida was documented only at the northern parts of the lake, anecdotal information by fishermen confirm the presence of the species also at its southern part. The dietary results of our study are in accordance with those of a more detailed study from the same area (Bousbouras et al. 2012). The increased presence of birds after July is related to the easier-to-catch presence of chicks

following the hatching period; this is in contrast with the results of other studies in Greece (Delaki et al. 1988, Gourvelou et al. 2000, Ruiz-Olmo 2006) and with the general low occurrence of such prey items in the otter diet elsewhere (Kemenes and Nechay 1990, Sales-Luis et al. 2007). Such dietary plasticity conforms with the assumption of otters being opportunistic foragers (Copp and Roche 2003), possessing, especially in Mediterranean regions, a diversified diet (Clavero et al. 2003, Miranda et al. 2006, Novais et al. 2010). The results of our study demonstrate that Eurasian otters are largely nocturnal in this part of Greece, as documented in other countries in the Mediterranean (Quaglietta et al. 2012). Effective management and conservation of otters on a national level requires the existence of a standardized survey protocol (Heltai et al. 2012). Our study was successful in using three different methods in a long-term study of otters in Greece. Standard sign surveys were suitable for detecting the occurrence of otters, and similar surveys should be carried out throughout the country in order to produce an accurate distribution map for otters in Greece. Spraints collected during such surveys can be analyzed in order to understand the feeding ecology of otters in Greece

242      A.A. Karamanlidis et al.: Eurasian otters in northwestern Greece and identify conservation threats (Carss 1995). Also, considering the nocturnal behavior of otters in our study area and most likely across Greece, the use of automatic monitoring cameras appears to be a reliable alternative for monitoring activity patterns; although rarely applied with this semi-aquatic mammal (Garcia de Leaniz et al. 2006), the results of the present study indicate that the use of automatic cameras can provide important information on otter activity patterns. A survey protocol for otters in Greece should also make use of other successful research methodologies, such as noninvasive genetic monitoring (Randi et  al. 2003) and GPS telemetry (Quaglietta et al. 2012). We advocate for the establishment of a national survey protocol that will combine the use of sign surveys, spraint analysis, automatic cameras, noninvasive genetic monitoring, and telemetry that will help fill in the gaps on the biology of Lutra lutra in Greece. Successful management and conservation of otters in Greece will depend on the accurate evaluation also of the threats for the species in the country. Threats include habitat destruction (Marcelli et al. 2012), climate change (Cianfrani et  al. 2011, Quaglietta 2011), pollution, and

road mortality (Hauer et al. 2002, Christensen et al. 2010, Ε.Πα.Τ.Α.Α.Π. 2012). The collection of information on basic biological parameters and threats for otters in Greece should lead to the development of a Hellenic Action Plan, similar to those that are in place in other European countries (Loy et  al. 2010) that will promote the effective and long-term management and conservation of this endangered species. Acknowledgments: We would like to thank the volunteers of ARCTUROS, J. Delalonde, M. Donadieu, N. McMahon, and E. Nenot who participated in the collection of the field data, D. Bousbouras who helped set up the study, and Prof. Christiane Denys, Dr Géraldine Veron, and two anonymous reviewers for constructive comments on previous versions of the manuscript. This study received logistic support by the nongovernmental organization ARCTUROS and was funded by the natural mineral water AVRA within the framework of the environmental program “Some forests have their own Aura.” Received June 18, 2013; accepted September 23, 2013; previously published online October 24, 2013 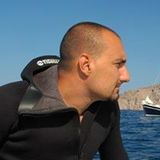 A study on the status, activity patterns and feeding habits of Lutra lutra in northwestern Greece

A study on the status, activity patterns and feeding habits of Lutra lutra in northwestern Greece