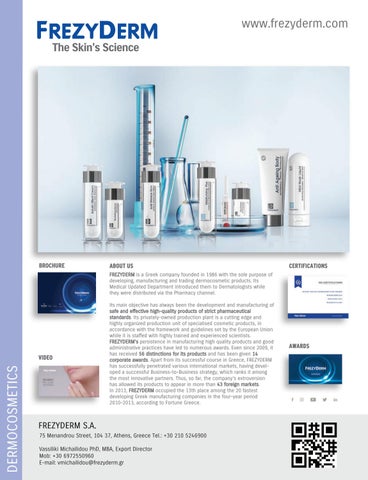 FREZYDERM is a Greek company founded in 1986 with the sole purpose of developing, manufacturing and trading dermocosmetic products. Its Medical Updated Department introduced them to Dermatologists while they were distributed via the Pharmacy channel.

Its main objective has always been the development and manufacturing of safe and eﬀective high-quality products of strict pharmaceutical standards. Its privately-owned production plant is a cutting edge and highly organized production unit of specialised cosmetic products, in accordance with the framework and guidelines set by the European Union while it is staﬀed with highly trained and experienced scientists. FREZYDERM’s persistence in manufacturing high quality products and good administrative practices have led to numerous awards. Even since 2009, it has received 56 distinctions for its products and has been given 14 corporate awards. Apart from its successful course in Greece, FREZYDERM has successfully penetrated various international markets, having developed a successful Business-to-Business strategy, which ranks it among the most innovative partners. Thus, so far, the company’s extroversion has allowed its products to appear in more than 43 foreign markets. In 2013, FREZYDERM occupied the 13th place among the 20 fastest developing Greek manufacturing companies in the four-year period 2010-2013, according to Fortune Greece. 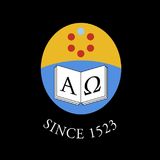