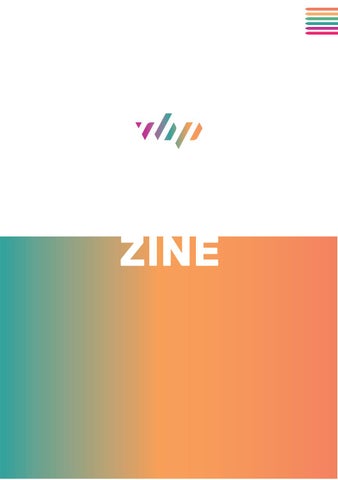 tâ&#x20AC;&#x2122;s June in San Francisco which means the city is covered with sixstriped flags, colorful crosswalks, and rainbow-rebranded storefronts all in preparation for the end of the month when hundreds of thousands of LGBTQ+ members and allies will descend upon Market Street for the 49th Annual Pride Parade. This is quite possibly San Franciscoâ&#x20AC;&#x2122;s proudest tradition (pun intended).

he celebration started in 1970 when the nation’s first Gay Pride Parade was held. Nearly thirty people walked down Polk Street in honor of the previous year’s Stonewall Riots. It didn’t take long for the event to build traction, and it soon became a yearly celebration called the Gay Freedom Pride Parade. In 1978, the state’s first openly gay, elected official, Harvey Milk, asked artist Gilbert Baker to design a symbol for the event. Baker created what we now know as the rainbow flag, and in 1994, he made a milelong flag for the parade which led to it being established as a global symbol for the LGBTQ+ community. Since then, San Francisco Pride has become the nation’s largest gathering for the LGBTQ+ community.

o, in honor of Pride, we hope to encourage everyone to continue to uplift the queer community by showing support for their art, investing in their businesses, allying with thier advocacy groups, or anything else you can think of to further champion the LGBTQ+ community of San Francisco.

in this city, but none of them have a style quite like Jader. In the words of VB+P’s own Matt Kirkland, it is “twisted nightmare, camp, sci-fi, after the apocalypse” -esque. Yeah.... You wanna see this. Go to jadervision.com to see for yourself and to find out about future performances.

are two things T There you need to know

about this man. 1: He is a Grammy nominated Creative Director. 2: He is a San Francisco resident. So, fellow SF residents, take pride in knowing that this street artist turned Art Director extraordinaire deals with the same BART and Muni delays as you do. When you’re done with that, check out his portfolio at sergegayjr.com and be on the lookout for his latest exhibition P.S..I Love U to pop up somewhere in the city sometime later this year.

Kehlani you’ve heard M Maybe of her. Maybe you need to. Either way, consider this your formal introduction to the latest queer queen on the scene and Bay Area native: Kehlani. She is a Grammy nominated R&B/ Hip-Hop artist and outspoken LGBTQ+ advocate. There’s no website link here. Just use Spotify.

Warning: her choruses are extremely catchy; your deskmates will catch you humming along to them for days to come.

long T Thisfilmten-day festival is the

longest running and largest “LGBTQ+ film exhibition event” in the world. So, if you feel like seeing some of the best queer films with a couple thousand of your closest friends, you’re going to want to snag a seat at one of the theaters involved in this event. To check out the schedule and find tickets, go to frameline.org/festival. Insider tip: we highly suggest catching a showing of “Realness & Revelations.”

GARB & GOODIES Out of the Closet

If you want a shopping experience that can make your wallet and heart happy, then look no further than Out of the Closet. This non-profit chain of thrift stores boasts to be the “biggest, best-kept secret” in the Bay Area’s consignment circles. They donate 96 cents from every dollar made to AIDS Healthcare Foundation, and multiple locations have free HIV testing centers and HVF Pharmacies attached to the shop. Visit outofthecloset.org to find a location near you.

This store has been sourcing a range of designer footwear for nearly three decades, and while it has gained popularity over the years, it hasn’t lost its small-biz feel. Owners Jared Warwick and Leigh Stackpole are focused on creating a low-key shopping environment so their customers can shop their favorite brands without the intimidation factor that comes from dealing directly with brand stores. Make a trip to 416 Hayes Street to check out their latest styles and steals.

When Jonathan Plotzker-Kelly decided to go into business, he wanted

Longtime partners, Benjamin Boso and Emerson Boyle, opened this boutique flower shop in 2014, and they’ve received nothing but rave reviews since. Their “barn and mortar” store offers custom designed arrangements as well as create-your-own bouquets, and their online site provides customers with everything from weekly orders to full-scale event design services.

to create an extensive line of personal care products using only organic ingredients. Two stores, a thriving online shop, and plenty of amazing press later, it’s safe to say he met his goal. You can pop into the shop at 415 Valencia Street to see what the buzz is all about. Insider tip: use their Chamomile & Lupine Reparative Eye Gel to get rid of under-eye bags after a long day at the office.

Stop by 80 Albion Street to chat with the charming couple and craft a bouquet for that special someone… or yourself; we won’t judge.

one of the most well known LGBTQ+ owned eateries in the city, but it still manages to give customers the classic diner experience due to its small square footage and dated decor. Owners and partners Dennis Zieball and Bill Pung have seen the neighborhood go through a lot of changes, but they are committed to serving up the same great food and friendliness as when they started nearly 50 years ago. Oh, and itâ&#x20AC;&#x2122;s open 24 hours, so feel free to stop by literally anytime.

obby Valentino Sanchez knows coffee. He spent the past decade learning the ins and outs of the industry, and lucky for us, he decided to put all that knowledge to good use by opening his very own coffee shop. He works hard to provide the highest quality coffee and espresso, with each roast having a bit of Latin flair.

(definitely) heard of Hot Cookie, but how could we make a Pride zine and not include a shoutout to this bakeries’ famous Penis and Venus cookies? These treats can be enjoyed at the storefront location, or you can order them online. If you’re feeling extra indulgent, try one of the Butch Bars to satisfy any chocolate cravings.

isted as one of San L LFrancisco’s 50 Most

Successful LGBTQ+ Owned Businesses, this restaurant does not play games when it comes to fine cuisine that packs a punch. Chef Brenda was raised in New Orleans, and she and her wife/co-owner, Libby, have worked to create a menu that brings the French and Creole flavors of the Gulf to the Pacific Coast.

It seems as though LGBTQ+ bars have been facing tumultuous times; each new place that opens seemingly closes as quickly as it popped up. However, bar owners, Jolene Linsangan and Shannon Amitin, are ready to beat the odds with their all-inclusive “not your mama’s” atmosphere at Jolene’s. Based on the constant crowds and never-ending five star reviews, it looks like they are set to do exactly that.

Classy cocktails. Happy hour on weekdays from 5 to 8. A short walk from work. These are all boxes that the Blackbird Bar checks off. A couple boxes you’re going to want to check off once you get there: the Cold Brew Cocktail, the Ryan Gosling (but make it a double) and the Sumo Wrestler.

Stop me if you’ve heard this one: two legendary drag queens open a nightclub… Co-owners Heklina and D’Arcy Drollinger invite drag queens, DJs, cabaret singers, and other artists to perform at what many deem to be San Francisco’s best night club.

When your night calls for a packed out place that still manages to have a hole-in-the-wall atmosphere, you’re going to want to drop into El Rio. This bar has everything necessary for a perfect night out: cheap drinks, friendly bartenders, and a no “ism” policy (read: racism, ableism, sexism, etc.). If you’re lucky, you may end up there on a night when they’re grilling baja fish tacos on the patio.

You can find tickets to the events at sfoasis.com.

Human Rights T TheCampaign is a

is focused on providing support for LGBTQ+ families. It aims to do this by educating community members and caregivers on diverse family dynamics and advocating for change in legislation so that it includes all LGBTQ+ families. They are always looking for volunteers to help bring a “superfun attitude” to the events they host throughout the year. You can visit ourfamily.org to see how to get involved.

national non-profit organization that was launched in 1980 as one of the first LGBTQ+ political action committees in the U.S. The movement is now more than 3 million members strong, and it has expanded its reach beyond politics in order to better work to end discrimination against the LGBTQ+ community on all fronts. You can visit the HRC Action Center at 575 Castro St to pick up HRC and Pride merch, and the proceeds go to support the organization’s fight for equality.

LGBTA+ community members are looking for a safe place to go for emotional support or educational resources, they go to the purple building at 1800 Market Street. The Center has established itself as a cornerstone of the community by working to combat social and systematic discrimination while celebrating LGBTQ+ history and culture.

organization works hard to provide education and career support along with leadership development in order to shape a positive future for the newest generation of LGBTQQ+ youth. They donâ&#x20AC;&#x2122;t currently have a volunteer program, but you can make a contribution at lyric.org.

To learn how you can get involved as a volunteer or as a donor visit sfcenter.org