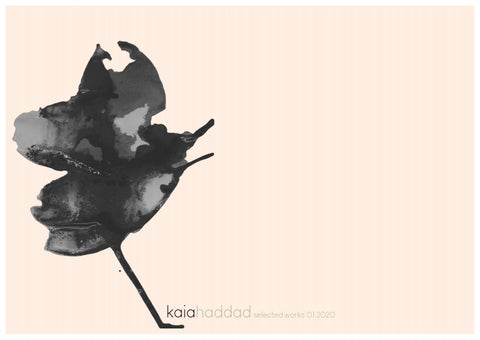 Imagination and data are significant factors in producing artistic expressions. As an aspiring architect, I long to persevere in the meticulous process of creating each design. Creating art endows me with a feeling of gratification, enabling me to grow as a person. Attending summer programs, visiting some of the most famous museums worldwide, or taking art classes, gives me the opportunity to explore my cultural and architecturalÂ curiosities while practicing on some of the basic skills. I express myself through different realities, iterations, and transformation. The selected artworks revolve around the idea of individuality as a source of energy that generates the spaces and times it passes through or dwells in. My work varies from cultural morphings, a structures mess, brittled, brutal and abstract facades, to land-scape topography and personal portraits.Â I express imagination and creativity in my daily reality, and implement compassion through my work, with the purpose of helping future residents from all walks of life to prosper and live with dignity.

individual / space and territory "An individual is bodily mass with a human face, endowed with sentiment and reason. Individual, too, is the basic - though not necessarily unitary - molecule of social practice, source of energy that generates the spaces and times it passes through or dwells in. It is the individual who, alone or in the company of others, takes possession of space, turning it into territory, or appropriates it, in the sense that he considers it fitting and possesses it only in as much as he makes use of it"

Any open and non-linear process places greater responsibility upon the individual: "Chaos guarantees a non-predetermined future, and non-linearity says that not all the blame for what happens lies with the outside world. The fault, dear Brutus, is not in our stars , but each and every individual, in each and everyone of us."

Paraphrasing Saunders, Peter, "Nonlinearity: What it is and why it matters." 1997

MORPH Charcoal + Pencil on cardboard + Digital photo manipulation. 42x29.7cm Work done during Berkeley pre-college summer program, drawing foundation final project This artwork reflects a combination of my culture, the people and my background that shaped my identity. Through Arabic writings and different symbols, I emphasized on an inner reality that i can't hide.

FRAGMENTS OF A NATION Photographs + Digital photo manipulation. Undefined Size Work done during IB Visual art course A digital collage showing representing the downfall of Beyrouth. Lebanon has witnessed several conflicts in the last decade, caught in a never-ending cycle of wars, both physical and psychological.

MOLECULES Vector graphics using Adobe Illustrator Undefined Size Work done independently Experimenting the possession or appropriation of a space or territory through a series of basic shapes and patterns using the process of iterative design.

STRUCTURED MESS Cutouts + Digital photo manipulation Undefined Size Work done independently Collecting a few of my old personal magazines and using the cutouts of some of my favorite objects to form new self assembled bodies.

BRITTLED Photographs + Digital photo manipulation Undefined Size Work done independently A series of photographs during a revolutionary period in Lebanon, reflecting the space and territory of a community and social practice through the transparency of the layers and the destruction of the glass. These facades represent the fragility and projects the destruction between sectarian parties.

FANTASIA Paint on canvas + Brushstrokes + Digital photo manipulation 60x48cm Work done during IB Visual art course A part of my grade 10 final project where I used brushstrokes to portray my dream park as a child with a range of lively colors.

MAPS OF MY IDENTITY Grass paper + Wool thread + Push pins + Canvas + Digital photo manipulation 59.4x42cm Work done during Berkeley pre-college summer program A series of maps representing the complexities behind my identity through interconnectedness. Under the aegis of purposely chosen materials, I was able to present myself through the Lebanese, Syrian, and Canadian maps. Each color chosen symbolizes my relationship with the country. I purposely chose to develop them all in the same size, to show that each of those countries equally plays a role in my individuality.

TOPO Pencil on paper + Sharpie on tracing paper + Digital photo manipulation + 3D Modeling Model (Undefined Size) + Plan on paper (42x29.7cm) Work started during Yale university summer camp Work done in collaboration with saila.21 After implementing my architectural skills from the summer at Yale and my internship at Gatserelia Design Studio, and with the help of saila, we used the plan drawing to experiment on the topographical identity and the architectonic features of the space, and create an iteration of the same plan in order to define the outer shell that will later be the textured skin of the entity.

SURREALISM Pen on paper + Digital photo manipulation 42x29.7cm Work done independently Through different compositional dispositions of distorted faces, meaning was produced. I combined sketches to each other while taking into consideration the balance, contrast, movement, rhythm and patterns.

CERFIGRAPHIE Linoleum + Ink on A4 cardboard 29.7x21cm Work done independently The title was inspired by two french words combined. "Cerf" means dear, and "sĂŠrigraphie" is the method used to generate this series of linoleum printings. The printing screen is a type of visual facade, a method that allowed me to replicate one carving into 5 different printings.

FISH IN THE SEA Acrylic paint + Spray paint + Digital photo manipulation 59.4x42cm Work done during IB Visual art course Graffiti's initiated for people to leave marks on public facades. In this project, I replicated the idea on a piece of fabric leaving a mark on my own private space implementing the skills and materials. I thought of this fabric as my personal facade.

FACE CUTS Pencil on paper + Digital photo manipulation 29.7x21cm Work done independently By implementing the idea of an architectural plane cut, i transected the same face using different scales so they fit inside each other like a Matryoshka doll. 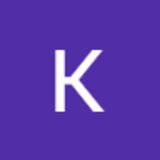