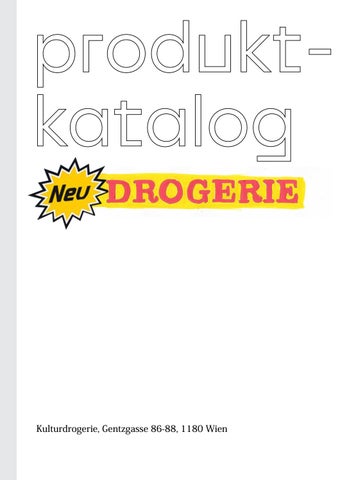 Drogerie ist Kultur! At „NEU DROGERIE“ we bring together the common knowledge of botany, chemistry, health, nutrition, drug science, pharmacology and chemistry, to help you make your own herbal medicines, fermented drinks, forged snacks, natural and reusable hygiene and sanitary products, sensible contraceptives, and a wide range of reform and farben utensilien. At „NEU DROGERIE“ you can also order toothpaste, toothpowder, tortillera, massaroca, polenta, pipoca, and poetry on demand.

with presentation by SlaÄ&amp;#x2018;ana Ĺ imrak and special participation of Elisabeth Lehner from 19 Uhr august 22nd untill the 31st or by appointment:

sansevieria trifasciata Used for rituals in Afro-Brazilian religions a Espada de São Jorge is both a liturgical and medicinal plant that can keep bad vibes away, while surviving well in the shade. According to the NASA Clean Air study, the Viper’s bowstring hemp can remove benzene, methanal, trichloroethylene, xylene and toluene from the air. Native to tropical West Africa, the Schwiegermutterzunge can be found in the wilds of the Southern Hemisphere or at an Ikea store close to you!

First domesticated by indigenous peoples in southern Mexico about 10,000 years ago, corn is now the most produced grain in the world, surpassing wheat and rice. Yet, little of the more than 1 billion tons produced annually is consumed directly by humans: most is used for making ethanol, animal feed and other products, such as corn starch and corn syrup.

Kombucha tea mushroom tea fungus manchurian mushroom zoogléia coiso a fermented, slightly alcoholic, lightly effervescent, sweetened black or green tea drink commonly intended as a functional beverage. Its supposed health benefits include the treatment of AIDS, aging, anorexia, arthritis, atherosclerosis, cancer, constipation, and diabetes. In rare cases the beverage can cause serious adverse effects, and kill, possibly from contamination during home preparation. A Kombucha culture is a symbiotic culture of bacteria and yeast (SCOBY), similar to mother of vinegar, containing one or more species each of bacteria and yeasts, which form a zoogleal mat known as a “mother”. While its health benefits are still uncertain, the difficulty implied in feeding and keeping the creature alive shows that the Kombucha can be a great substitute to children. More and more people around the world are adopting Scobies, which just like humans, can also become leather in their afterlives.

Get rid of these inconvenient mosquitoes with: water + alcohol + cloves + coconut oil, to make your skin smooth. Also want to get rid of fleas or ticks? Add orange oil and/or apple vinegar to your mix. Citronella plants in front of the windows are also a saint remedy! For keeping your plants free of bugs, soak tobacco in alcohol and dissolve it in 10 parts of water. You can also try these products at NEU DROGERIE!

beeswax wraps cotton fabric + beeswax + jojoba oil + baking paper + flattening iron The beeswax and jojoba oil have antibacterial qualities, which keeps the wrap fresh and aroma free, especially if you use old bed sheets as your source of fabric...

voluntary human Extinction line Abortion and Infanticide In some times and cultures, abortion and infanticide had none of the stigma which it has today and were in practice means of birth control. Fundamental stone Mesopotamian women used small circular stones placed as deep as possible into the vagina as an intrauterine method (IUD). Golden wishbone From 1880-1936, the wishbone, a 14k gold spring pessary, became a popular intra-cervical contraceptive device (IUC) in Europe. It worked after conception stopping a newly fertilized embryo from implanting and growing in the lining of the uterus. The contemporary IUD merges the design of the wishbone with the feature of the ancient stone, which sits entirely within the uterus, reducing the risk of bacterial transfer between the inside and the outside world. Coitus reservatus, coitus obstructus and other classics In the 7th century BC, the Chinese physician Master Tung-hsuan documented both coitus reservatus and coitus obstructus to prevents the release of semen during intercourse. A classic till today, interrupted coitus can also be playfully alternated with coitus analis.

Condoms Prior to the 15th century, some use of glans condoms (devices covering only the head of the penis) was recorded in Asia. Glans condoms seem to have been used for birth control, and to have been known only by members of the upper classes. In China, glans condoms may have been made of oiled silk paper, or lamb intestines. In Japan, they were made of tortoise shell or animal horn. In the 18th century Casanova reported using “assurance caps” to prevent unwanted pregnancy. In the mid-19th century, and in the early 20th century major advances were made in manufacturing techniques and rubber condoms gained popularity. It’s always in fashion. Spermicide Some of the earliest documented descriptions of birth control, found in the Ebers and Kahun Gynecological Papyrus from 1550 BC and 1850 BC, describe a spermicide made of honey, acacia leaves and lint to be placed in the vagina in order to block sperm. Some contemporary spermicides are still made with acacia gum, also known as arabic gum. Some herbal options Haselwurz (ger.) – Asarum radix (lat.) – baccarat (eng.): the dried and ground root induces vomiting and can be used in recipes for abortion. Legend says that it has to be harvested after the 15th of august (the day of Assumption and the festival of druggists). An overdose could permanently harm the stomach, liver, kidney and intestines.

Nelken (ger.), Dianthus (lat.), clove (eng.): in high concentration can cause abortion. Petersilie (ger.), Petroselini fructus, radix (lat.), parsley (eng.): oil from the seeds in high doses cause a strong stimulus of the uterus muscles that could provoke abortion. Weitraute (ger.), Rutae graveolentis herba (lat.), rue (eng.): the herb causes blood flow towards the stomach organs and can cause miscarriage. In Paris rue gardens were protected by fences so that women could not get to the abortion herb. Niembaum (ger.), Azadirachta indica syn. Antelaea azadirachta (lat.), Indian lilac (eng.): In India women chew the leaves to not get pregnant. For ages the Indian lilac was celebrated as a natural contraceptive that kills sperm without reducing female libido. Osterluzei (ger.), Aristolochia clematitis (lat.), birthwort (eng.): is poisonous! It was once used to start labour and if taken at the beginning of a pregnancy it can cause a miscarriage. Pastinak (ger.), Pastinaca sativa (lat.), parsnip (eng.): some herb scholars once claimed, that the seeds can be used as a contraceptive. Stevia (ger.), Stevia rebaudiana (lat.), stevia (eng.): nowadays a fashionable sweetener in Europe and North America, before colonial times it was used by the South American Guaranis as a contraceptive. Seidenpflanze (ger.), Asclepias syriaca (lat.), milkweed (eng.): is poisonous! Milkweed is an important herb for native Americans, and its roots can be used as vomitive and contraceptive.

In „NEU DROGERIE“ Kadija de Paula & Chico Togni explore the germanic concept of the „drogerie“ to create a utopian store where one can find the same old, while taking a step back into a dystopian future. „NEU DROGERIE“ carries a variety of products made from resources found within Kulturdorgerie and the Viennese area. 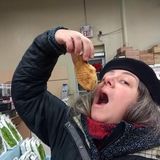