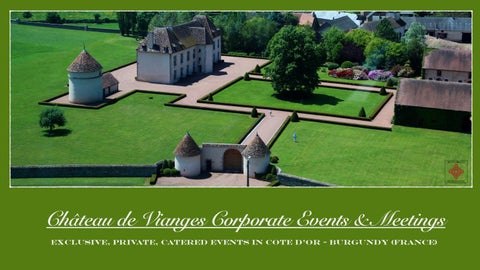 Golfing Swing at Chailly Resort HALF AN HOUR DRIVE FROM VIANGEs, LE Château de Chailly - Hôtel et Golf IS AN upscale 16th-century chateau resort AT the edge of the Parc Naturel Régional du Morvan. The 18 hole course includes free use of the outdoor pool, the spa, hammam and jacuzzi, game rooms and tennis court. There ARE also 2 restaurants (1 fine dining, 1 casual with a terrace).

Horse Riding Excursions & Treasure Hunting Ride a well-tempered, experienced horse across the Morvan Park, taking in cool forests, timeless chateaux or exploringÂ the Cote d'Or vineyards. We organize tours and equine amusement from our doorstep or from locations OF PARTICULAR INTEREST WHERE YOU CAN ENJOY Magnificent scenerIES AND unspoilt countryside LANDSCAPE. RIDE ALONG A vast network of trails, M A K I N G L E P A R C D U M O R VA N V E R Y suitable for excursions and treks as well as learning new skills.

Yoga Sessions Train Your Body & Mind WE ORGANISE COURSES SUITABLE for all age groups, FROM beginneRS, intermediate AND EXPERT levels. yoga helps people relax and de-stress in addition to providing fitness benefits. focusing on breathing and posture, it is a form of self control and meditation. Yoga allows your mind to free itself from outside factors and helps you focus on being in the moment, refreshing your ideas. By having a weekly outdoor yoga session, your team will be able to hit the pause button on their lives and work toward bettering themselves as a group.

Your ChĂ˘teau in Burgundy The Chateau de Vianges is the perfect HOME to visit Beaune and Dijon, arriving from Paris by high speed train (TGV) to the nearby station of Montbard: catch a high speed train from Paris Charles de Gaulle Airport (there are 20 trains per day travelling every week) and you can reach Montbard in 3 hours and 49 minutes or in 1 hour and 10 minutes with the fastest line. On an average weekday, there are about 20 trains per day travelling from Paris Charles de Gaulle Airport (TGV Train) to Montbard. The area around Vianges, including a twenty minute trip to Saulieu - with a world famous 3Michelin StarRED Restaurant Bernard Loiseau (www.bernard-loiseau.com) - is a fascinating natural environment, WITH plenty of historic sites and monuments, including the world famous Hospices de Beaune and the Cluny Abbey, both UNESCO World Heritage sites. After being collected from Montbard, guests can experience the unique atmosphere of tastefully decorated private rooms, enjoy local wines and gourmet produce while relaxing in the 55,000 sq ms of PRIVATE gardens, or explore the surrounding countrysideÂ on foot, bicycle or horseback.

Le Château de Vianges The Château de Vianges is a registered French Monument Historique and it is one of the most ancient maisons-fortes (fortified houses) of the Côte-d'Or department.Originally built in the 11th Century, in 1305  it was  officially listed as defensive military post.   Today, after careful restoration, the castle displays both 17th and 18th century facades with large windows, preserved roofs and towers and a characteristic pigéonnier. There are two portals, one facing North and the other, with turrets, facing East. According to the Côte-d'Or Departmental Archives, a local family owned the Château de Vianges until the 13th Century when the Cussigny family bought the property. It was Philippe Saladin de Cussigny who transformed the property from a military structure into a stylish and elegant castle, following the Renaissance architectural taste and fashion of that time.  In 1704, the castle was sold to Claude de Morey who became Marquis de Vianges in 1723 and then Governor of Vézelay.In 1755 the Marquis of Mac-Mahon, by marrying Charlotte de Morey, the young widow of the late Marquis, acquired the property for  its family. The Château de Vianges  remained   in the hands of the Mac-Mahon, then Dukes of Magent, after the homonymous battle and victory under Napoleon III, until 1997 when it was sold to an Italian aristocratic family, who carefully restored and furnished the entire property as their French country seat.

Planning your next Event? May - September 2017 Apply Now for your NEXT CORPORATE OR TEAM BUILDING ExperiencE EMAIL chateau.de.vianges@wanadoo.fr 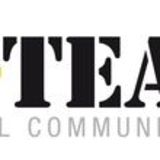