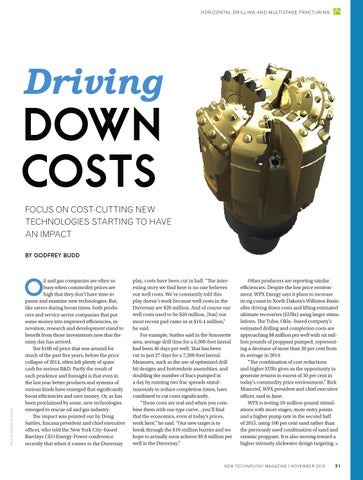 il and gas companies are often so busy when commodity prices are high that they don’t have time to pause and examine new technologies. But, like savers during boom times, both producers and service sector companies that put some money into improved efficiencies, innovation, research and development stand to benefit from those investments now that the rainy day has arrived. The $100 oil price that was around for much of the past five years, before the price collapse of 2014, often left plenty of spare cash for serious R&D. Partly the result of such prudence and foresight is that even in the last year better products and systems of various kinds have emerged that significantly boost efficiencies and save money. Or, as has been proclaimed by some, new technologies emerged to rescue oil and gas industry. The impact was pointed out by Doug Suttles, Encana president and chief executive officer, who told the New York City–based Barclays CEO Energy-Power conference recently that when it comes to the Duvernay

play, costs have been cut in half. “The interesting story we find here is no one believes our well costs. We’re constantly told this play doesn’t work because well costs in the Duvernay are $20 million. And of course our well costs used to be $20 million, [but] our most recent pad came in at $10.4 million,” he said. For example, Suttles said in the Simonette area, average drill time for a 6,500-foot lateral had been 46 days per well. That has been cut to just 27 days for a 7,200-foot lateral. Measures, such as the use of optimized drill bit designs and bottomhole assemblies, and doubling the number of fracs pumped in a day by running two frac spreads simultaneously to reduce completion times, have combined to cut costs significantly. “These costs are real and when you combine them with our type curve…you’ll find that the economics, even at today’s prices, work here,” he said. “Our new target is to break through the $10-million barrier and we hope to actually soon achieve $9.8 million per well in the Duvernay.”

Other producers are reporting similar efficiencies. Despite the low price environment, WPX Energy says it plans to increase its rig count in North Dakota’s Williston Basin after driving down costs and lifting estimated ultimate recoveries (EURs) using larger stimulations. The Tulsa, Okla.–based company’s estimated drilling and completion costs are approaching $8 million per well with six million pounds of proppant pumped, representing a decrease of more than 30 per cent from its average in 2014. “The combination of cost reductions and higher EURs gives us the opportunity to generate returns in excess of 30 per cent in today’s commodity price environment,” Rick Muncrief, WPX president and chief executive officer, said in June. WPX is testing 10-million-pound stimulations with more stages, more entry points and a higher pump rate in the second half of 2015, using 100 per cent sand rather than the previously used combination of sand and ceramic proppant. It is also moving toward a higher intensity slickwater design targeting 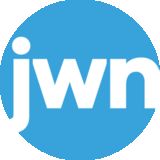