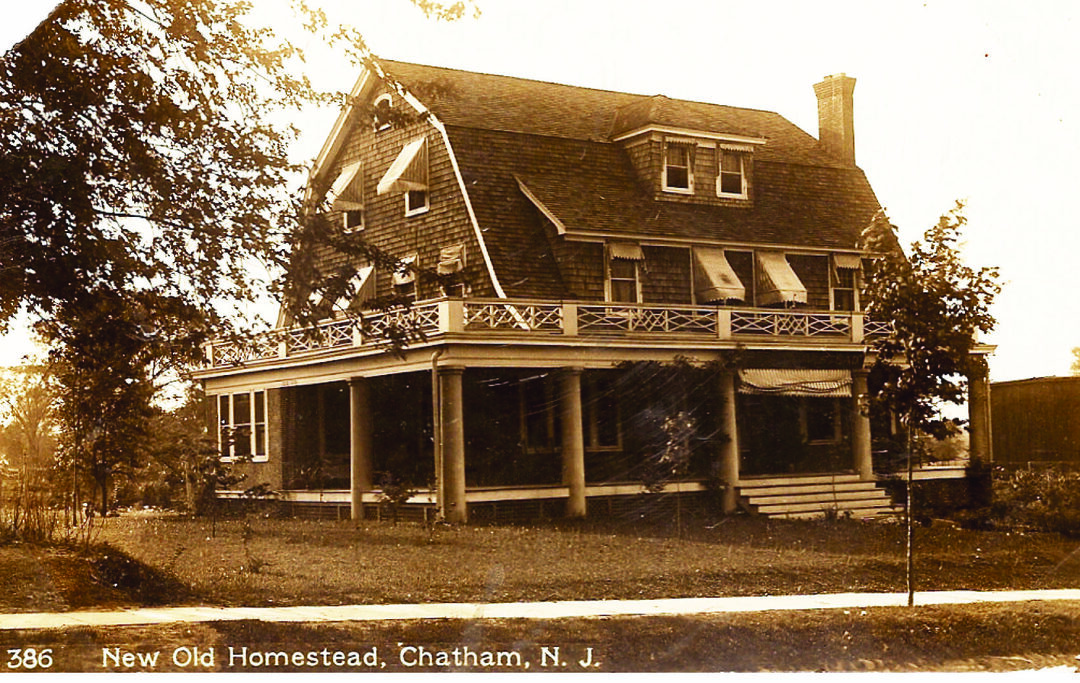 The John Taylor Babbitt Foundation was started in 2007 by JoAnne and Dave Babbitt after they lost their 16-year-old son John to Sudden Cardiac Death.

Moving back to New Jersey in 1997 from a job transfer that had brought them to England, JoAnne and Dave moved to Chatham with their two young sons, John, who would start 3rd grade, and his younger brother, Andrew, who would start first grade, at St. Patrick School. After the boys graduated from St. Pats, they attended The Pingry School in Basking Ridge. Involved with town sports such as travel baseball, football and soccer, they also returned to their alma mater to play basketball on Sundays through the parish’s youth ministry program. It was on one of those Sundays that JoAnne got the call to come down to the gym. Dave was already there watching the game. “It’s every parent’s worst nightmare,” recalls JoAnne. “In a minute your life changes—just like that.”

The JTB Foundation, dedicated to preventing Sudden Cardiac Death, raises funds to purchase Automatic External Defibrillators (AEDs) and have them placed in public places. “We did not want anyone else to go through the pain of losing a child. That’s what drove everything,” says JoAnne who is the vice president of the Foundation. Dave is the president.

The Foundation has also been instrumental in getting legislation passed. The Good Samaritan Bill was debated and passed in 2012 and the CPR in Schools Bill was debated and passed in 2014. Students from local schools including Chatham High School , accompanied the Babbitt family to testify in Trenton in support of both bills. “It was amazing to see the power of our youth in Trenton with our elected officials. They knocked it out of the park,” JoAnne recalls. “The students gave their testimonies and were able to experience first hand how a bill becomes a law.”

“If a person is not breathing, you have 3-5 minutes to react. Doing CPR, your hands compress a person’s chest to keep blood and therefore oxygen going to all the organs. Using a defibrillator to shock the heart into returning to a normal rhythm can save a life. And the stats are compelling—the chance of survival is 5-7 percent without CPR and an AED. Studies have shown that the chance of survival, outside of a hospital, is 50-60 percent with CPR and an AED,” adding that no one should be afraid of using one. “Studies have shown that a 6th grader can use an AED. You open it and listen to it. It gives step-by-step instructions,” says JoAnne who visits the Chatham Farmers’ Market once a season to demonstrate how to operate an AED.

“Chatham is one of the most heart safe communities,” JoAnne says, adding that New Jersey has risen from the bottom of the list to first in the list of states prepared to ensure the safety of schoolage athletes, in particular.

The Babbitts have an ambitious goal: “We want AEDS to be as common as fire extinguishers. We would like to see them everywhere,” says JoAnne who was recently elected to the board of the Sudden Cardiac Foundation, a group that raises awareness nationwide about sudden cardiac arrest.

John had Hypertrophic Cardiomyopathy (HCM), a genetic cardiac condition. Each year, the Foundation awards a grant, which has very specific requirements, to underwrite scientific research to help identify kids that might be at risk for Sudden Cardiac Death from a genetic cardiac disorder. The Foundation’s research grants have been allocated over the years to Tufts University, Johns Hopkins University, and Stanford University.

JoAnne marvels at the amazing support from the Chatham community in every aspect that one could think of. “We are just so grateful,” she says, noting how families and friends have helped with events, auctions, fundraising, legal advice, emotional support as well as raising awareness and funds through the Foundation’s events and through peerto-peer charity events. The Foundation will be the charity recipient of Fairmount Country Club’s annual holiday event this year —mark your calendars for Wed., Dec. 4. Save the date for the 13th annual JTB Walk for Heart (www.jtbfoundation. org) on Sun, May 19, at 10 a.m. at The Pingry School.

The Babbitts are hopeful that the Foundation continues to inspire the next generation of life-savers, too. Chatham High School, The Pingry School and Fairfield University have active chapters of the JTB Heart Club that fundraise and spread awareness of Sudden Cardiac Death. They hope to engage more high schools and universities to start a club. And, their son Andrew, now 27, initiated the Babbitt Ball. The 4th successful Babbitt Ball took place in February at the NY Athletic Club on Central Park South where 500 young professionals in their 20s and 30s celebrated and supported the Foundation.

JoAnne and Dave, who now split their time living in Chatham and Sea Girt, have much to celebrate this year as Andrew, who lives in Manhattan, will marry Colleen Murphy, a fellow Chathamite and St. Pat’s graduate, at St. Patrick Church in August. The couple also both graduated from the College of the Holy Cross. “Andrew is marrying into a loving family we’ve known since 1997. We adore each other’s kids—and they knew John,” says JoAnne.

Reflecting on the John Taylor Babbitt Foundation and all it has accomplished, JoAnne says, “What came out of grief is something that is positive. There are more happy stories than sad. We’re celebrating life and lives saved with CPR and the use of an AED.”

Do you know a neighbor who has a story to share? Nominate your neighbor to be featured in one of our upcoming issues! Contact us at smcevoy@bestversionmedia.com.
This story is from:
Chatham Living Magazine - Chatham, New Jersey - April, 2019
by Chatham Living - BVM