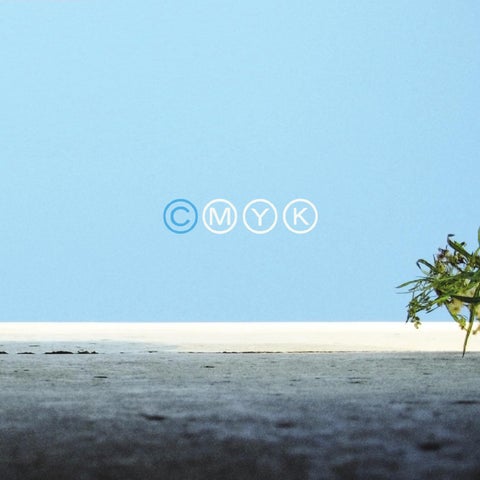 people with doubts they s only equal to the danger ainties they did not earn.

CMYK is a color spectrum most of us have encountered. If you’ve ever looked closely at a printed image you may have seen the tiny cyan, magenta, yellow and black dots characteristic of the CMYK color printing process. Each color is important, otherwise the images aren’t as vibrant as they should be. My desire with the CMY(K) project is to highlight “colors” in the spectrum of the human experience that are often regarded as too dark or even ugly when isolated. In part I’ll do this by arranging them next to “colors” of the human experience that are more readily recognized as good, true or beautiful. Midway through Terrence Malick’s brilliant film “Tree of Life” is a sermon in which appears the phrase “He alone sees God who sees when God turns His back as well as when He turns His face.” Those who say that God is ‘unfair’ or ‘absent’ are saying something as vital and as true as those who say that God is ‘just’ or ‘faithful.’ Therefore, experiences and expressions of disappointment or abandonment are necessary elements (colors) in a picture of the good life, rather than defects that need treatment. Many of the songs that make up CMY(K) are stories of friends whose picture of life and God is a great deal more dappled and complicated than they expected. Some are songs for friends who no longer consider faith in God possible at all. Some are personal reflections on the facets of life that have affected these loved ones of mine. All of them are songs that fit within the long, multicolored Christian tradition of seeing God both face to face and with His back turned.

The world is a fallen world because ness that God is all in all... and eve redeem it, for it has accepted the r â&amp;#x20AC;&amp;#x153;sacredâ&amp;#x20AC;? as opposed to the world as embracing secularism that attempt

David Dark, author of The Sacredness of Questioning Everything

e it has fallen away from the awareen the religion of this world cannot reduction of God to an area called s â&amp;#x20AC;&amp;#x153;profane.â&amp;#x20AC;? It has accepted the all ts to steal the world away from God. Alexander Schmemann

DAVID DARK: A PERSPECTIVE “Justin clears a space for a sacred unknowing within which we say what we feel, not what we feel we ought to say.” Over the last few years, I’ve had the deep

If Paul Tillich has it right when he says that

pleasure of stealing occasional time with

claiming to know with absolute certainty that

Justin McRoberts, a lyrical wit with whom I

God exists is even less appropriate to the

have, in socialnetworkspeak, many a mutual.

Alongside a shared fascination with Batman,

doesn’t, Justin clears a space for a sacred un-

knowing within which we say what we feel,

both possessed by the conviction that raw,

not what we feel we ought to say. And as is

confessional candor (and the good humor

especially evident in “Take One For The Team,”

that frequently follows) is often the greatest

this work isn’t a deal-breaker with (or an exit

gift human beings can give each other. With

from) a meaningfully Christian life so much

“C,” the first installment of a project called

as it’s a clear sign of its presence. Listen and

“CMY(K),” it seems to me that Justin begins

to blow the lid off something. The songs give voice to--without answering or solving--a meaning problem, a good number of them, and express a resolve to remain alive to contradictions, dwelling within them, instead of denying or sealing them over.

David Dark, author of “The Sacredness of Questioning Everything”

for we do not know how to pray as we ought, but the Spirit intercedes with sighs too deep for words. ROMANS 8:26

I won’t stop thinking about it

You give me words to read

Is that you’ll finally hear me screaming

Her si has a v so much than You

TAKE ONE FOR THE TEAM

Honestly, you should know You’ve been there

And brace yourself again

They don’t come to fight

Patience waited on you, though

They only come to win

So, honestly, you should know

Is what you’re giving back The honest best of you I truly understand You’ve got to know I do You took one on the chin But you were swinging, too.

The saints are what they are not because their sanctity makes them admirable to others but because the gift of sainthood makes it possible for them to admire everybody else. It gives them the clarity of compassion that can find good in the most terrible criminals. It delivers them from the burden of judging others. THOMAS MERTON

I hold these truths to be so good

That they cannot be understood

To something that won’t

Were I to hold them in my grasp

last beyond the day

Then surely they’d no longer last

Something I can’t feel

So bring on the new thing.

nd it alone, is ng visible what is ual and the divine.â&amp;#x20AC;? Pope John Paul II

And I know He will provide

Yes, I know He will provide

He do just what He says

O, Jesus. Lord have mercy I know he will provide

MUST BE HELL ON YOU

And so it is, my love Patience, like a jacket, can wear too thin in time

That wanting you was easy

So it is, my love

And your absence was a lie

Waiting in the silence wore patches in my mind

So if I lose my faith do I lose you, too?

So if I lose my faith

Then it must be hell on you

â&amp;#x20AC;&amp;#x153;Your brightness is my darkness. I know and cannot even imagine how to go abou If I imagine You, I am mistaken. If I understan If I am conscious and certain I know yo Darkness is enough.â&amp;#x20AC;?

w nothing of You ut knowing You. nd you, I am deluded. ou, I am crazy.

Since 1999 Justin McRoberts has been a constant and noteworthy presence on the independent music scene. A songwriter, storyteller, teacher and an advocate, he is one of those rare artists who blends artistry, honesty and humor seamlessly. ”In and through art,” Justin writes “we learn to see ourselves and our world as part of a cohesive, Divinely-orchestrated story.” Sharing songs and stories with an audience is where Justin’s gifts are most fully realized. His live shows strike a delicate balance between intellect and emotion. While his audiences are diverse, from congregates in a small rural church to young professionals in DC, most of Justin’s schedule is made up of appearances on college campuses in the continental US. Including early releases with 5 Minute Walk Records, McRoberts has consistently made thoughtful and well crafted albums. His catalogue currently includes 7 full-length projects and handful of EP’s. Central to Justin’s work is advocacy on behalf of the poor and oppressed through Compassion International. “Not only do the poor need us,” he writes “we need the poor to remind us what being human is about. In the same way that the poor learn to identify themselves with their lack, the wealthy learn to identify themselves with their wealth. It is in the meeting of the two that we can recognize ourselves and one another as human.”

This is a booklet for the release entitled, "C", part of the CMY(K) project. 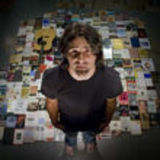