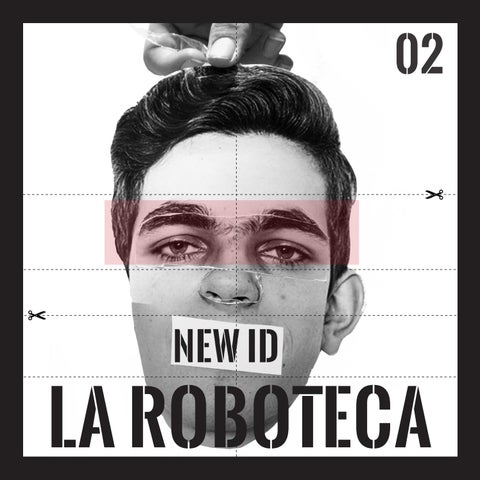 In the city of Frankfurt in Germany, Jungleye association brought together two polarised groups of teenagers, aged between fourteen to seventeen. Some are German students in school. Others are migrants – asylum seekers, who have been in Germany for two years. They are currently involved in the slow process of integration to the local community. For one week, they worked on the topic of « Photofit ». This facial composition was originally used as an investigation tool by law enforcement for facial regnition. Within the framework of the workshop the Photofit technique is subverted in order to give a new identity to those who felt they had lost it whilst fleeing their country: photographers deconstruct and then reconstruct the image of their face, to create a new ID. The photographs taken are then used as a tool for intercultural conflict resolution and social cohesion by allowing space for dialogue about image and identity. This particular technique of portraiture is also a way to confront obstacles regarding privacy rights for unaccompanied youth. This facial mix and the process of creation through photo collages gave these two groups of teenagers the opportunity to connect on a constructive basis of exchanging ideas and impressions. A new character is created blending a stare, an Afghan nose, a Syrian-German mouth. In this activity, the mismatching and mistake are well received, emblematic of the merging of different cultures and at the same time of the scars of personal experiences. In Frankfurt, slowly the stories of participants combined and intertwined, and curiosity to learn from others experience fostered. Alike the game Exquisite Corpse, a new European identity is created in group, merging emotions, memories and imagination. Jungleye is a participatory photography project that aims to give the voice back to refugees. They train photography to raise awareness about the migratory issue and the living conditions of displaced people. Working towards social cohesion, Jungleye also conducts workshops bringing together the refugee and the host communities.

I see a long story in his eyes. They look determined.

I hear very good German. I am impressed to know that he has been in Germany for only 8 months.

Are you happy in my city? Do you need help? Can we help him?

Jakob looks like my German friend, Fahim, but he seems younger.

I smell Dรถner. We went for kebab yesterday with Fahim.

Jakob, would you like to come eat Dรถner with Fahim and me tomorrow?

I see a boy. In his eyes I see my brother.

He could be from my family. I feel close to him. I wonder how many kilometers separate us.

I ask him where he is from. He says: Syria. I ask myself how I would feel if my brother was in a country at war. I wonder when he will come back.

I see a girl with long blond hair and blue eyes. Those eyes remind me of my grandpa Saif. Laia is German, she is the way I imagine a German girl.

She has a pure heart, is very nice, respectful and helpful. When I am around her I feel good and I am not afraid.

I want to tell her: ÂŤIn my country you cannot just talk to a strange girl.Âť

When I look in his eyes I see a very impressive story.

In my opinion, he should be honored for what he has done. I am sure he will continue being an honorable person in the future.

In his eyes I can see that he had a long journey. He had to leave his family in Afghanistan and went to Europe all by himself.

When I listen to him, I hear the story of a brave teenager that set out alone for a far country.

I asked him about his family. ÂŤHow are they doing in Afghanistan?Âť

I see a boy, but I wouldn’t imagine that his name is LEONARD.

I have seen many countries, but none of them gave me the opportunity to settle.

I found that chance in Germany.

I sing German songs to learn the language.

In his eyes I see a long, dusty journey. Under dangerous conditions he had to leave everything he loved behind to set off to Europe.

I hear that he left behind his whole family to go to Germany. This takes great courage.

I ask about his family and if he is homesick.

Subhi’s eyes inspire me with sympathy. I see a lucky person, a happy person.

I felt surprised when he told me his background and his story of being a refugee. I never imagined that. He could fit perfectly as one more of my clique. Appearance can be deceptive. “I am very sorry for you, Subhi!” I am moved by the story of his dangerous journey. Nothing matches the representation of refugees by the media. We talk about that. Subhi thinks that the media creates a possibility of intercultural exchange. I agree with him. But we come to the conclusion that it’s best to get to know each other in person.

His daily advice and helpful ideas make my day. By his side, other youth coming to Europe, as I have done, will adapt easier.

In the process of facial creation through photo collages of their own portraits, german teenagers and refugees from Afghanistan and Syria find the opportunity to get to know each other using the constructive basis of idea sharing. They created new characters and IDs through blending the features of a German student, an Afghan teenager, a Syrian friend. In this activity, there is no need to create a perfect new face; marks and mismatches are symbols of this intercultural merging and representative of the scars coming from personal experiences. The photographers slowly combine their stories in such a way as to arouse their curiosity and interest in each other’s life and personality. Similarly to the game Exquisite Corpse, a magic story is collaboratively written, mixing participants’ emotions with their memories and imagination, ultimately conceiving a new European identity. 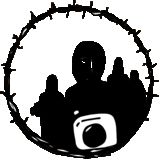