The Curious Story In a land of foreign ocean in a land quite far away, was the land of Ishkabibble where night was always day. The Queen was just a baby, the castle just a house, The jungle king - not a lion, but a very small grey mouse.

The moon was bright and yellow and set above the trees, and in every lake and river swam lots of birds and bees. The writing read from down-to-up and was something close to scribble, and a whisper sounded like a yell, in the land of Ishkabibble.

Within this very land of laughs there lived a band of Frufies. They say their heads ... â&amp;#x20AC;&amp;#x153;were-not-screwed-on-quite-rightâ&amp;#x20AC;? so they acted very goofy. A friendly harmless creature who was always on the run always busy being silly and having lots of fun.

They laughed when sad, and never cried, and travelled one-by-one. And a pair of laughing Frufies would send a Bibble on the run! One night on Frufie “New Year,” a Frufie walked the streets. (And a Frufie in Ishkabibble can NEVER be discreet!)

On every corner somewhere, under every unlit light, another Frufie could be seen which was a very silly sight! Soon a flock of Frufâ&amp;#x20AC;&amp;#x2122;s were walking to-and-fro each bumping one another not knowing where to go.

Throughout ALL Ishkabibble on this Frufie New Year night every Bibble bolted windows to miss the silly sight. For every Frufie New Year a Frufie could be heard laughing uncontrollably and singing songs backward.

And while all Ishkabibblians would try to hide away, there was ALWAYS one poor Bibble caught in some delay. And every year this Bibble tried to get back to his place but every year a Bibble saw a Frufie ... face-to-face.

Well... Once a goofy Frufie has looked you in the eye, You change inside and laugh a lot. I can’t explain just why. And the Bibble that you used to be, seems all quite too absurd. You want to dance, and sing, and shout “I’m a Frufie! Have you heard?”

Any Bibble may try to lock the whole Frufie world outside, but a Bibble shouldn’t knock a Fruf at the fun he’s never tried! A Fruf will tell you often (as quite often Frufies do) “I would rather dance, and sing, and laugh than not to ... wouldn’t You?”

And the moral of this story is not to look around, because inside ALL Ishkabibblians a Frufie can be found! Listen way down deep inside a Frufie will ask You, â&amp;#x20AC;&amp;#x153;Iwouldratherdance,andsing,andlaugh. than not to!â&amp;#x20AC;? 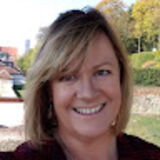