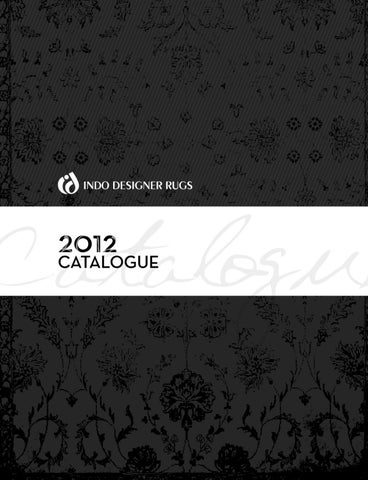 our story Rana and Anchal Mehrotra founded Indo Designer Rugs in Calgary in 1988. They grew up in the cultural capital of India, Varanasi. In a trip back home in the mid-1980s, the beautiful age-old tradition of rug weaving caught their attention for the first time. They became passionate for distinctive design and impeccable craftsmanship. To showcase these hand picked treasures they opened a showroom on Calgaryâ&amp;#x20AC;&amp;#x2122;s trendy Uptown 17th Ave that has caught the eye of discerning clients for a unique shopping experience. We attribute our success to personal service. We are ready to assist you in coordinating a size, colour and design that enhances your decor and suits your budget. We also offer you specialized rug cleaning and rug repair. Our close relationship with interior designers and suppliers allows us to do custom designing and allows us to keep in touch with current trends. Together we have established great friendships in the community and provided rugs that will become heirlooms to be cherished forever.

he tradition of rug making in Asia dates back at least 3,000 years, to when handmade rugs were used for prayer, to add warmth to the home, and even to cushion horse saddles. Today, master craftspeople create works of textile art based on traditional patterns as well as the diverse styles of contemporary designers. These photos take you through some of the steps of this ancient craft.

This is where it all begins...

Spinning is the process of creating the yarn to be used in the production of a rug. The technique of spinning wool by hand - or even foot - is thousands of years old. Handspun wool exposes more of the wool to the dye and is more luxurious to the touch.

There are a number of ways to select and store colors for a particular design. This picture demonstrates a more manual process, as often used for Nepalese rugs. There are more high-tech systems that rely on pantones and color codes.

There are a couple ways to dye the yarn once the precise color has been decided. In this image, they are using a vat and a wheel to do it manually.

These machines can also be used to dye the yarn.

The yarn is then hung to dry in the sun. In more urban environments, the yarn is laid out on rooftops to dry. Indo Designer Rugs â&amp;#x20AC;˘ 2012 Catalogue 3

Good carpet wool combines softness with strength. The best wool comes from lambs between 8 and 14 months old, particularly those from colder highland regions.

The average 8&#39; x 10&#39; hand-knotted area rug is comprised of up to a million individually-tied knots.

Indo Designer Rugs is a proud supporter of GoodWeave, which works to end child labour in the carpet industry. The contribution Indo Designer Rugs makes to GoodWeave helps fund inspection and monitoring of weaving looms as well as rehabilitation and education for former child weavers. When you purchase a rug from Indo Designer rugs that carries the GoodWeave label, you can take pride in knowing that your rug is beautiful, inside out. To learn more visit, www.goodweave.org

There are two ideas to consider when making the choice to embrace sustainability: how long the object will continue to sustain you and how the object was made.

When was the last time you assessed the likely lifespan of an item?

When you invest in a handmade rug you purchase a carpet that will last for generations, rather than be replaced within a few years. Wool is shorn from ethically treated sheep; mild soap is used in washing; chemicals are avoided, dyes are eco-friendly and bulk shipping minimizes transportation resources. Our rugs are produced by master weavers, through a process that inherently eliminates the toxic by-product created through machine made manufacturing. Every step of the process, Indo Designer Rugs aims to minimize our impact on the environment that sustains us.

The graph on the left serves as the weaver’s template. This image shows a floor loom, used in India or Pakistan for example. The weaver squats on a board as seen on the right.

Here we see a high-tech metal loom. The man standing on top is putting on the &quot;warp&quot;, which runs vertically, while the &quot;weft&quot; is horizontal.

Weaving forks are used to push the yarn into a tight line. In the Tibetan style, they weave around a rod and then cut the yarn. As you can see, sharp tools are needed. This is one of the reasons that carpet work is considered a hazardous form of child labor according to the International Labor Organization.

Hand-tufting, unlike handknotting, involves working from the back of the rug. While atypical for weavers to wear a mask, the dust from carpet fibers can take a toll on workersâ&amp;#x20AC;&amp;#x2122; lungs. Child laborers in the rug industry often experience respiratory problems.

As part of the finishing process, the weaver pokes through the back of the rug to help get the design more cleanly through to the other side. This step does not happen for flat weave, shuttle loom or tufted rugs.

There are a variety of procedures for â&amp;#x20AC;&amp;#x153;cuttingâ&amp;#x20AC;? the rug. Here he is clipping around the design to clean the lines. It is a very intricate process. These artisans are using flat scissors to ensure the height of the rug is equal.

Binding, one of the last steps, is when a piece of fabric is sewn on the back to cover the latex that may have been applied. A back layer is always put on tufted rugs.

Washing the rug is a step producers believe to be of equal importance to color and design. The rug is saturated with water before applying soap. It is then left to dry in the sun. The process adds a distinctive, aged appearance to the carpet. Left: This is a more ornamental type of binding, often used for a dhurrie or flat weave Indian rugs. Right: Often rugs are made in remote villages and then brought to bigger facilities for finishing. In this picture, a licensed exporter in Kathmandu is getting ready to deliver finished rugs to the shipper!

“ It is the centerpiece of my living room, it is exactly what I was looking for. It brightens up the whole place. Your service was excellent, thank you for spending the time in helping me choose this rug.”

“ The rug has added a “touch of class” and

made the bedroom beautiful. The service

was a delight from start to finish. Go for it!”

“ Our new area rug is a huge

improvement in colour and quality. I would certainly recommend your

store for your quality and selection.”

“ Choose something that you love to look at and enjoy the luxury on your bare feet!”

“ Our area rug pulled all of the colours together and provided a flow to the other rooms and added to the “wow factor’ we were striving for. We think it would be hard to improve on the quality of service we have to come to expect from Indo Designer Rugs. In particular the patience they have shown to us. Their satisfaction comes from knowing their client are satisfied with the carpet they have chosen and are willing to go the extra mile to see it that their clients are happy with their purchase.”

pleased with the low maintenance and the lovely colours of these rugs.”

There are many reasons that I love to work with Indo Designer Rugs. The fact that Indo Designer has a vast selection of inventory, and that they will inevitably have a solution to any kind of need you have for a particular space. The factor that sets them apart

from other textile companies in Calgary is that they truly care about their business and have a great passion for what they do. This family-run operation is very hands-on and accommodating, and they are always able to turn requests around quickly (which, in my line of business, keeps both me and my clients happy.) They take pride in their work, and donâ&amp;#x20AC;&amp;#x2122;t cut any corners when it comes to their business practices. Because of all these things, they are an absolute pleasure to work with, and it keeps me coming back to them time after time.

I love working with Rana, Mike and everyone at Indo Designer Rugs. I have found them to be incredibly knowledgeable, eager and pleased to guide me through the excellent selection and VERY helpful when delivering to my clients home.

“ We would traditionally think of Indo Designer Rugs, as a go-to-source for traditional and classical carpet; but their contemporary carpets, over the last couple of years, have come into their own. We enjoy their courteous service and straightforward honesty.”