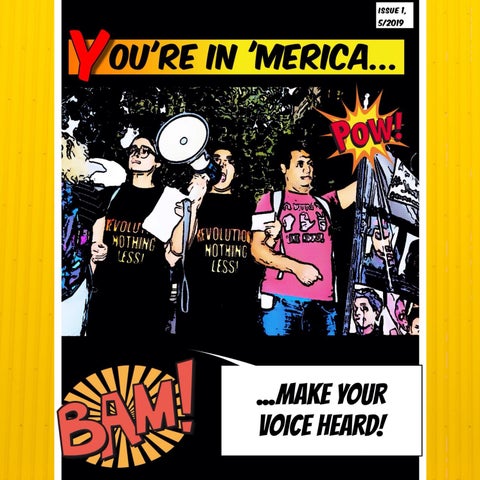 Does the Beaver Nation have an English-only,

ccording to our preliminary analysis of both qualitative A and quantitative data, yes. We are a team of researchers at Oregon State University (OSU) working on a project that examines, among issues of race and racial bias, attitudes toward language use on campus. One question that we’ve asked is, “Have you ever experienced discrimination on campus?” The results may be surprising for some of the readers who think OSU and Corvallis are hotbeds for so-called “liberal” views.

Well, only if those liberal views equate to English-only values, and the person in question speaks English with an educated, White, northern American accent. The experiences of Huang, Ellen, and Midori (pseudonyms used to protect their identities) are just three case studies in point.

Huang is a second-year student from Southeast Asia who used to work at West dining hall. Having Chinesespeaking co-workers, she would often chat with them in their common ﬁrst language (L1), Chinese, until one day their supervisor prohibited them from speaking it. The supervisor justiﬁed the prohibition claiming that she needed to be able to understand them in case they needed help, and later confessed that she also wasn’t sure if they were talking bad about her.

Ellen's Story One of the researchers, Jason, ﬁrst met Ellen in a focus group meeting where Jason was trying to understand student attitudes toward diﬀerently accented English on OSU"s campus. Ellen's story isn't that much diﬀerent from Huang's story, since they both took place in on-campus dining halls where much of managerial staﬀ rotate from hall to hall. Ellen self identiﬁes as a proud Chinese speaker who loves life in the US, while at the same time misses her family back in Fujian. She used to work at Arnold Dining Hall until she was wrongly ﬁred, being accused of stealing a cookie, which the management couldn't prove. Jason asked her if she'd ever experienced discrimination at work, and she told him about the time where she was threatened to do a menial task for not speaking English. At the time of the incident, she was preparing vegetables for the salad bar with a Chinese-speaking coworker. In Chinese, Ellen asked her coworker if there were any more cucumbers (...actually, she couldn't remember what exactly she asked). The manager, a White woman from Louisiana, must has overheard her speaking Chinese because later she approached Ellen and told her that she should be speaking English unless she wants to be put on dish duty, a job that apparently wasn't not highly sought after. Monolingual English speakers may have a hard time understanding why asking someone to speak English at the workplace would be problematic. After all, we are in the US. But then, the US doesn’t have an oﬃcial language and neither does Oregon or OSU for that matter. We argue that the discriminatory acts committed by the supervisors from both stories are connected to racialized bigotry, based on the notion that while in the US one should use English at the workplace. Yet, friends of ours who are racialized as White, and speak French or German, never get told oﬀ for not speaking English at work. Midori (page 4) has a similar story about language, but this time she was told oﬀ for not speaking English "well enough," or, rather, speaking English while being a person of color. page 2

Midori's Story Jason met Midori through community Japanese classes on campus. He could tell by the way she spoke English that she had been speaking it her whole life. And sure enough, during an interview, Midori shared her experience of growing up with a father who traveled around the world for his job. So, Midori and her brother jumped from international school to international school; Her schooling was always English-medium. In fact, she recounted a time when she and her brother got in trouble for speaking

Japanese, instead of English, to each other in the hall, Japanese, after all, was her home language, in spite of living in Brazil at the time where Portuguese is oďŹ&#x192;cial. Midori shared her experience of discrimination in the classroom. She had a professor who ridiculed her during class, in front of all her classmates, telling her that she needed to improve her English. Her accent was too diďŹ&#x192;cult to understand was the claim. Why did the teacher feel that is was alright to criticize her English ability, especially in front of Midori's peers? Was Midori's English not good enough or rather was it not White enough?

does this happen at OSU and other places in the US?

White Public Space is a fancy academic concept that Jane Hill described as “… [being] constructed through (1) intense monitoring of the speech of racialized populations such as [Chicanxs, Latinxs, Blacks, Natives, Asians, and internationalized students] for signs of linguistic disorder and (2) the invisibility of almost identical signs in the speech of Whites, where language mixing, required for the expression of a highly valued type of colloquial persona, takes several forms.” Fundamentally, People of Color who use languages other than English, or speak English with an L2 accent or a stigmatized L1 accent (like Black English) are subject to heavy monitoring of their speech. People who think they are White listen to these people with an ever critical ear, and some, according to our research, claim to "shut o ," or stop listening, when they hear a "foreign" accent.

Raciolinguistic Ideologies is another academic concept that Nelson Flores and Jonathan Rosa argue “…produce[s[ racialized speaking subjects who are constructed as linguistically deviant even when engaging in linguistic practices positioned as normative or innovative when produced by privileged white subjects..” In other words, in White public space, when People of Color don't use the language that is expected of them, i.e. English at OSU, their behavior is considered deviant, or di erent from what is considered to be normal or morally correct.

“I asked the manager to provide evidence that I had stolen the cookie, and was told that they didn't have video footage nor did they need it. The manager's claim was enough to ﬁre me.” -Ellen page 6

has an L1 accent, no matter how unmarked or marked the person’s language may seem to be. [...] L2 accent is very di erent. When a [L1] speaker of a language other than English learns English, accent is used to refer to the breakthrough of [L1] language phonology into the target language. Thus we might say that an individual has a Welsh accent, or a Tagalog accent, because the phonologies of those languages inﬂuence the learner’s pronunciation of U.S. English, and any e ort to block the L2 accent will be accomplished with di ering degrees of success.” In other words, expecting someone to reduce or get rid of their accent is like asking someone to change their height. It's possible, with lots of e ort and money, but it's rather demeaning to ask someone to do this in the ﬁrst place.

Myth of Non-Accent In her book, "English with an Accent," Rosina Lippi-Green explains that “[i]n general, linguists think of standard language and its corollary, non-accent, as abstractions. And in fact, this is a logical connection, as is borne out by the Oxford English Dictionary’s deﬁnition: [an abstraction is] the idea of something which has no independent existence; a thing which exists only in idea; something visionary. [...] Standard language should not be understood as any speciﬁc language, but as an idea in the mind rather than a reality – a set of abstract norms to which actual usage may conform to a greater or lesser extent. [...I]t is useful to consider both standard language and non-accent as myths."

“Every ﬁrst language speakers of U.S. English has an L1 accent, no matter how unmarked or marked the person's language may seem to be.” -Rosina Lippi-Green

Her point is that everyone has an accent. Yet, so-called "native" speakers of a language often deny that they themselves have one. Rosina goes on to explain that “[In U.S. English] L1 accent is the [ﬁrst language] variety of U.S. English spoken: every [L1] speaker of U.S. English

can we do as students, teachers, etc.?

Where to ďŹ nd resources at OSU

Where to ﬁnd resources at OSU

As an internationalized student in the US, you may have been told off for speaking a language other than English in class or at your on-campus job. You also might have been ridiculed for "having an accent." This guide can help you understand how language and power work in the US and can provide some resources that set you up so that your voice is heard. Created by Jason Sarkozi-Forfinski with help from the OSU Linguistic Landscape work group. Contact information: jtlolac@gmail.com Disclaimer: All stories are recreations and responsibility for mistakes are taken on by Jason. You're in 'Merica...Make Your Voice Heard!