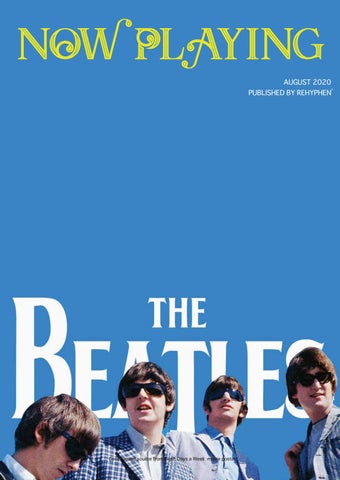 Extreme enthusiasm for the Beatles pop group, as manifested in the frenzied behaviour of their fans in the 1960s.

he Beatles was sweeping the world in the 60s especially influenced the youth culture. The Daily Mirror press first used “Beatlemania” to dignosed this phenomenon unlike anything the world has ever seen before. Listen back to The Beatles music especially during this post- COVID19 period where the future is unprecedented, we are very much alike living in the post world war II. The Beatles joyous and optimstic music seems to suit this moment perfectly and make the whole world lit up with hope. We started by introducing the new color “Quarantine Blue” to express the state of everyone’s mind. We throwed back The Beatles’s style throughout their great ten years in music industry and shared you an interesting infographic of The Beatles which nicely done by Dueling Data. We also bring you back to the birthplace of The Beatles - Liverpool to have a sense of their rooted place. Although the world is falling apart, the future is unknown, we hope everyone could ‘take a sad song and make it better’, just like what John and Paul wrote in the lyric for ‘Hey Jude’. It will be better, better, better, better! Na,na,na,na-na-na na!

As we live a life of ease, everyone of us has all we need, sky of blue, and sea of green in our yellow submarine. - The Beatles

‘Hey Jude, don't make it bad Take a sad song and make it better Remember to let her into your heart Then you can start to make it better...’ - The Beatles ‘Hey Jude’

Douglas Millings The grey collarless and lapelless with pearl buttons, a rounded neck and slim fit flat front trousers is the most iconic outfit of The Beatles which created by Pierre Cardin and Douglas Millings in 1960s.

Image source from I am not there movie

The Beatles Style Chelsea boot was made popular in the 1960s by The Beatles. The boots are tight-fitting, cuban heeled, ankle-high, black colour with a sharp pointed toe. It can be either elastic or zipped sides detail in a minimal style.

Image source from The Beatles archive

Image source from The Beatles archive

HELP IF YOU CAN, I’M FEELING DOWN. AND I DO APPRECIATE YOU BEING ROUND. HELP ME GET MY FEET BACK ON THE GROUND. WON’T YOU PLEASE, PLEASE HELP ME. - The Beatles * Available in rehyphen’s tweet tape collection

Image source from I am not there movie

Yesterday all my troubles seemed so far away. Now it looks as though they’re here to stay. Oh, I believe in yesterday. - The Beatles * Available in rehyphen’s tweet tape collection

The Birthplace of The Beatles 28

Spoonbridge & Cherry is the most recognizable icon in Minnepolis which was erected in 1985 by artist Claes Oldenburg and his wife Coosje van Bruggen. This oversize sculpture is located at the world renowned modern art museum - The Walker Art Center. The spoon was Oldenburgâ&#x20AC;&#x2122;s idea, who had a habit of doodling spoons ever since 1962 when he was inspired by a spoon resting on a piece of fake chocolate. The cherry in the piece was van Bruggenâ&#x20AC;&#x2122;s idea, which stem also acts as a fountain that sprays into the bowl of the spoon and off into the pond beneath. The spoon itself weighs 5,800 pounds and the cherry another 1,200 pounds. The experience of visiting this museum will redefine the way you look at art and the world. The Walker Art Center

The Beatles story is Located in Liverpool, known as the birthplace of The Beatles’s , a stunning UNESCO World heritage site at the Royal Albert Dock, The Beatles Story takes visitors on an immersive journey through the lives, times, culture and music of The Beatles. You could walk through the moments from the band’s career including The Cashbah Club, Hamburg, The Cavern club, Abbey Road studios, America and many more. A series of programme and exhibition that allow you to discover new thing everytime you visit. The Beatles story features on impressive collection including original instruments, clothing, John Lennon’s spectacles, Ringo Starr’s drum kit, rare album sleeves, never seen before photography and original handwritten lyrics... 31 Image source from The Cavern Club

Image source from The Cavern Club

The Cavern club is located in Mathew Street and is open every night with a range of live music. It is the birthplace of The Beatles and become the most famous live music venue in the world. The Beatles first played in Carvern Club on 9th February 1961, since then they played in the club for mostly 300 times. The front stage in Cavern club is the main area with the iconic arches and stage. Follow the signs towards to Cavern Live Lounge and Cavern Pub where you can experience different atmosphere throughout the night. The Cavern Club has for four consecutive years been in the Top Ten Landmarks in the UK on Tripadvisor â&#x20AC;&#x201C; Consistently above Buckingham Palace. The Cavern Club 10 Mathew St, Liverpool L2 6RE, United Kingdom

You can find the Abbey Road Beatles location in St John's Wood, in north west London. This area is north west of Regent's Park and south of Hampstead, and includes plenty of cafes, restaurants and Lord's Cricket Ground.

Blackbird singing in the dead of night. Take this broken wings and learn to fly. All your life, you were only waiting for this moment to arise. - The Beatles * Available in rehyphenâ&#x20AC;&#x2122;s tweet tape collection 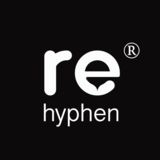 The Beatles was sweeping the world in the 60s especially influenced the youth culture. The Daily Mirror press first used “Beatlemania” to di...

The Beatles was sweeping the world in the 60s especially influenced the youth culture. The Daily Mirror press first used “Beatlemania” to di...