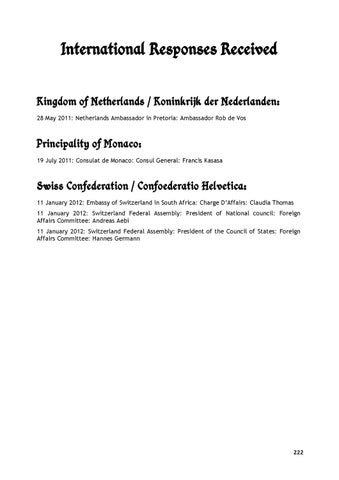 Kingdom of the Netherlands

Embassy of the Kingdom of the Netherlands

Dear Mrs Johnstone, Reference is made to the March 2011 submission of the Jus Sanguinis Petition. After consultation with the Ministry of Foreign Affairs of the Kingdom of the Netherlands I have come to the following conclusion with regard to the issues raised in the

1. With regard to the claim of refugee status, the following applies: citizens cannot apply for refugee status in their country of residence under the Geneva Refugee Convention or under the Dutch Asylum Act. 2. With regard to the application for citizenship of the Netherlands I would like to inform you that under the Dutch Nationality Law it is possible, in certain cases, to regain Dutch citizenship. Specific conditions apply. A request can be made on an individual basis. More detailed information on the Nationality Law can be found on the website ofthe Ministry of Home Affairs of the Netherlands. We consider the abovementioned a conclusive reply to your petition. Yours sincerely,

Dear Ms. Johnstone, As previously requested kindly remove all references to the Principality of Monaco and her representatives from your website. We do not wish to be associated with your cause, and if necessary will take legal action to ensure that we are not. We hope that you will respect our request and ask you to effect this change on receipt of this letter. If, however, you continue to publish comments about the Principality and our correspondence with you on your website any further communication will be handled by our lawyer. We look forward to your cooperation in this matter.

Please find in enclosure the reply of the Presidents of the Foreign Affairs Committees of both Chambers of the Swiss Parliament to the petition you submitted through this Embassy in December 2010. Yours faithfully,

Dear Ms Johnstone, In December 2010, you submitted the above-mentioned petition to the President of the Council of States, Mr Hansheiri Inderkum. We have considered this petition closely. The Swiss practice criteria recognised population and an the Boer Volkstaat

in matters concerning recognition of states looks at three main under international law, notably the existence of a territory, a effective government. From a legal point of view it cannot be said that fulfils these three requirements.

Furthermore, in applying Article 126, para. 4, let. A of the Parliament Act, we do not believe that your request can be sufficiently met by any specific parliamentary instrument.

We thank you for your understanding 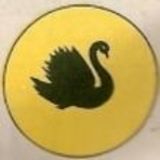