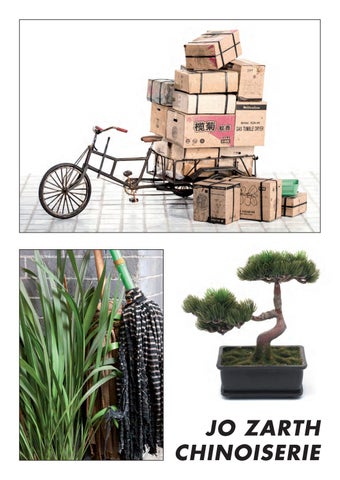 Photos made during the first China trip with frames bought in Chengdu, 2008

Photography, Model Building, Installation, 2009 onward In the project SMALL BUSINESS RECONSTRUCTED, Jo focused his attentions on Chinese street kitchens. These kitchens are typically open late into the night and serve itinerant workers, migrants recently arrived from rural areas and the residents of traditional “Hutong” neighbourhoods. To begin, Jo documented scenes with such kitchens in photos and then, once back in his studio, he painstakingly recreated these scenes, down to the smallest detail, as miniature scale models. Jo explains his aim with this approach: “The interesting aspect of this for me is the tension created between the apparent perfection of the models and the improvised reality of the street kitchens themselves.” SMALL BUSINESS RECONSTRUCTED has been exhibited on its own in Leipzig, Essen, Berlin and in the Norwegian design centre at Dale i Sunnfjord. “Anti-idyll in HD: Zarth’s miniatures serve as a means to explore the world of contemporary China, a reality which one suspects may be providing us with a glimpse at our own future. There the endless drive for efficiency has been coupled with a return to the ideas of urban modernism, a form which many in the ‘old’ world thought had been consigned to the dust bin of history.” — Robert Schimke in the exhibit catalogue

Reconstruction of a Chinese street in the centre of Leipzig, 2010 The Designers’ Open takes place in varying locations in Leipzig every year. With its shabby charm, the courtyard of the Hôtel de Pologne offered the ideal ambiance in order to make the aesthetic moment of a Sichuanese street lined with street food vendors available to the wide public (10.000 visitors) over an area of 350 m². Thomas Wrobel and Jo Zarth successfully recreated an atmospheric transcription as a temporary installation for three days: a place of gathering and inspiration. Along with the team from Chinabrenner, they succeeded not only in creating a detailed décor, but also to infuse it with culinary experiences, aromas and sounds at its various focal points.

Exhibition from 12th until 17th of April 2011 Milan Design Week, Via Privata Oslavia 8, Milano-Lambrate The exhibition POETRY HAPPENS! displays authentic, archetypal projects prototypes objects or installations with a narrative design quality. Chinabrennerâ&amp;#x20AC;&amp;#x2122;s Thomas Wrobel and Jo Zarth recreated a Chinese cookshop in Lambrate as a poetic-atmospheric set up. Chinabrenner is an ambulant cookshop, transferred from the alleys of Chengdu (Sichuan) into our world. It was conceived with the spirit of Chinese streetside food stalls and seeks to reveal its inner aesthetic moment.

Lecture performance with analog slide show, 2010 onward “For me, the objects which surround us testify to social relationships,” asserts Jo. During a 2010 trip to China, Jo was struck by how omnipresent the simple mop was in the public space. As he focused his attentions on these objects, he came to realize that their conspicuousness by doors or entranceways was intentional. They were, he came to understand, a signal or symbol of the cleanliness of this space, cleanliness being a quality often lacking in urban Chinese life. While photographing these mops, Jo became fascinated by their incredible variety. Typically the mops he found had been woven together by hand using old rags, and then displayed in the most unconsciously creative ways. Jo offers: “In their vibrant colours and the different materials used in making them, these mops came to represent to me the primary aesthetic of everyday life in China, an approach which is increasingly threatened by the monotony of industrial mass production.” In their undisputed banality, the mops documented in this project stand in juxtaposition to China’s status as an up-and-coming high-tech power and the world’s largest consumer market. One result of the opening of this market and its integration in to the globalized world economy is that specific cultural characteristics are being erased and standardized, an observation reflected in the double-meaning of the project’s title CLEANING IN PROGRESS.

Milan Chinatown, 2012 While in Milanâ&amp;#x20AC;&amp;#x2122;s Chinatown, Jo was intrigued by these DIY-solutions for the transport of goods. These luggage carriers are, while similar, never the same and certainly far-removed from the designs typical of a modern urban bicycle. Itâ&amp;#x20AC;&amp;#x2122;s not clear if these designs are the work of one tradesman or if the bike owners have created these constructions themselves, perhaps inspired by their fellow riders.

COLOURING BOOK Exhibition at Confucius Institute Leipzig, 2012 This features Chinese toys and other objects of everyday life in the cities where Jo acquired these items: Chengdu, Chongqing, Beijing, Hong Kong, Berlin, Frankfurt, Leipzig and Vienna. Collected in a small booklet, this â&amp;#x20AC;&amp;#x2DC;catalogue of thingsâ&amp;#x20AC;&amp;#x2DC; can also be used as a colouring book.

Jo Zarth, born in 1971 in Berlin, is a freelance designer and photographer who works with clients both large and small, from local heroes to global players. Since 2008, Jo’s art has often focused on the culture of everyday life in China, attempting to capture the more prosaic aspects of everyday life in a period of dramatic economic and social transformation. “In my works, the act of collecting functions as a mean of capturing a moment in time and creating a personal proximity to my subjects,” offers Jo. “These works reflect my interest in both construction and improvisation, two qualities typically present in my main occupation as product designer. I consider my photographs to be ‘urban still life’ and I use photography to document my experiences and create a personal archive.” To date, Jo has tended to focus on subjects such as street food vendors, mops and bicycles, seemingly simple themes but one which he argues allow the viewer to read complex social structures. For the presentation of his work, Jo has shied away from the framed photo or photo book, preferring instead photographic installations or the use of such outdated media as an analog slide show. In 2008 and 2010, Jo travelled to Chengdu and Chongqing to conduct photographic research on the theme “The Street as Kitchen in Szechuan”. Here his focus was on the use of public and private space for cooking activities and the resulting works form the basis of SMALL BUSINESS RECONSTRUCTED. This long-term project was comprised of two elements. For the first, Jo created scale models of 35 different Chinese street kitchens, while for the second, he worked with artist Thomas Wrobel to build a full-scale reconstruction of a Chinese street kitchen for both Leipzig’s Designers Open festival and then, the following year, Milan’s Design Week. www.zarthcore.de

Portfolio of German designer and photographer Jo Zarth. Since 2008, Jo’s art has often focused on the culture of everyday life in China, attempting to capture the more prosaic aspects of everyday life in a period of dramatic economic and social transformation. 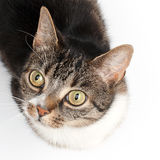