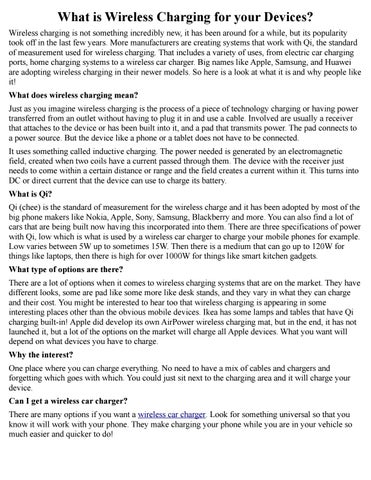 What is Wireless Charging for your Devices? Wireless charging is not something incredibly new, it has been around for a while, but its popularity took off in the last few years. More manufacturers are creating systems that work with Qi, the standard of measurement used for wireless charging. That includes a variety of uses, from electric car charging ports, home charging systems to a wireless car charger. Big names like Apple, Samsung, and Huawei are adopting wireless charging in their newer models. So here is a look at what it is and why people like it! What does wireless charging mean? Just as you imagine wireless charging is the process of a piece of technology charging or having power transferred from an outlet without having to plug it in and use a cable. Involved are usually a receiver that attaches to the device or has been built into it, and a pad that transmits power. The pad connects to a power source. But the device like a phone or a tablet does not have to be connected. It uses something called inductive charging. The power needed is generated by an electromagnetic field, created when two coils have a current passed through them. The device with the receiver just needs to come within a certain distance or range and the field creates a current within it. This turns into DC or direct current that the device can use to charge its battery. What is Qi? Qi (chee) is the standard of measurement for the wireless charge and it has been adopted by most of the big phone makers like Nokia, Apple, Sony, Samsung, Blackberry and more. You can also find a lot of cars that are being built now having this incorporated into them. There are three specifications of power with Qi, low which is what is used by a wireless car charger to charge your mobile phones for example. Low varies between 5W up to sometimes 15W. Then there is a medium that can go up to 120W for things like laptops, then there is high for over 1000W for things like smart kitchen gadgets. What type of options are there? There are a lot of options when it comes to wireless charging systems that are on the market. They have different looks, some are pad like some more like desk stands, and they vary in what they can charge and their cost. You might be interested to hear too that wireless charging is appearing in some interesting places other than the obvious mobile devices. Ikea has some lamps and tables that have Qi charging built-in! Apple did develop its own AirPower wireless charging mat, but in the end, it has not launched it, but a lot of the options on the market will charge all Apple devices. What you want will depend on what devices you have to charge. Why the interest? One place where you can charge everything. No need to have a mix of cables and chargers and forgetting which goes with which. You could just sit next to the charging area and it will charge your device. Can I get a wireless car charger? There are many options if you want a wireless car charger. Look for something universal so that you know it will work with your phone. They make charging your phone while you are in your vehicle so much easier and quicker to do! 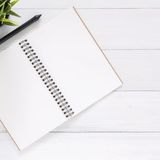 What is Wireless Charging for your Devices?

As mentioned it eliminates the need for multiple wires, cables and chargers for a start. All you have to do is place the item you need charg...

What is Wireless Charging for your Devices?

As mentioned it eliminates the need for multiple wires, cables and chargers for a start. All you have to do is place the item you need charg...