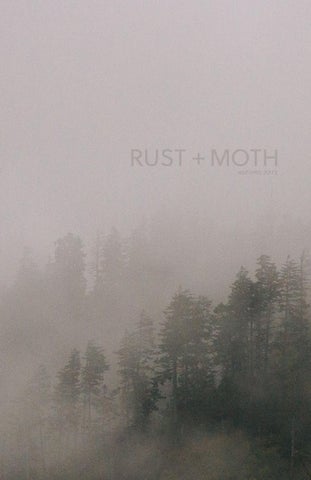 Ariana D. Den Bleyker God Talks: Overdose at 2 A.M. A Bridge of You, to Myself, to the Parts

of the Bees’ Bodies Embedded in Our Flesh

John McKernan Caressing The Wind Chime Is Made of Pig Bones

Drilled Through and Monofilament

Song A flock rose, scrawling a message across a faded blue, in quivering black. They have roosted all over the world, gathering relics as they go: picked at the ash, discovered shreds of a childâ&amp;#x20AC;&amp;#x2122;s ribbon, and wove it in. They forage through grave yards and battlefields, offering feathers and eggshells for the unknown, singing of bodies gathered, graves dug, and flowers lain to rest. Flight lifts them over water, finally landing on window ledges, high above miles of concrete. Peering over the edge they watch childrenâ&amp;#x20AC;&amp;#x2122;s hands held fast by men in khakis or women with bright scarves wound through their hair. These bodies blend into a muddled collage voices rise beyond the tall buildings echoing among the songbirds gliding through the darkened sky. And on this night, they have come to this tree to doze, to dream of stars and tides, of song. And if I pause, right beneath this sleeping oak, I feel vibrations of their faint chorus.

Stargazer I have gazed into the night, wandered her vastness, communed with spirits she harnessed in the stars. I do not fear Orion’s arrows. Great Bear’s claws do not menace, and as much as I strain, I cannot hear Lyre’s notes. They are merely stories, legends hurled from the heavens. Do not pray. Do not send offerings up to the night. Fish and flying horses have nothing to give. Their light cannot be captured in jars. I have tried. They will fade, vanish when a brighter light breaks. And I will have to shield my eyes and turn away.

Seed Giant bell shaped corpses hanging heavily from the trees. Some shriveled and black, some green and slick. Limbs dip down, bending beneath the weight. Your mother is trying to shed your tiresome weight, leaning low to drop you down to the ground, where birds will crack your shells, pull out your bones and crunch through the casings. They take you in and incubate your Souls, then cast you out. Reborn among The tall grasses, in cracks of concrete, tramped down into a deep sleep. You will lie beneath muck and loam You will lay dormant, sucking dirt like air. Until you emerge, fragile, covered in earthâ&amp;#x20AC;&amp;#x2122;s after birth, gasping for light.

Ananke â&amp;#x20AC;&amp;#x201D; Greek Goddess of Necessity Necessity itself a loose word, an ancient loopy god, it means constriction, the way an indifferent green anaconda takes you in its coils. Necessity, a noose shaped like a sacrificial wreath, and the shape of our lips when we breath just before we are about to kiss. I prefer the linear and like things to unwind. When Iâ&amp;#x20AC;&amp;#x2122;ve waited too long, I begin to unravel the strands, unbraid the rope, untie the knot. There is nothing kind about an inevitable and personal god

A Bridge of You, to Myself, to the Parts of the Bees’ Bodies Embedded in Our Flesh The tension spanning your tongue carries the words escaping your mouth, pain igniting its tip, blistering your lips with white heat, your longing, melting skin off like dead bees pouring from a smoking hive. I listen intently for the first time ever, exposing myself to the silence simmering in the spaces between your teeth — the bare skin of our arms pelted with little velvet bodies, our pores soaking in wild honey, sharp edges of wings embedded inside. No stings. You give yourself over fully to me — your palate, your tongue, the soft tissues of your throat — what Rubens gave to the sun’s illumination, stealing his fingers across a woman’s thigh, what Van Gogh’s brushes heightened. Whatever it means, why not say it hurts — the pain slamming into us, the want, the beauty? I will call it beauty, kiss your raw lips unlike I have ever kissed you before.

God Talks: Overdose at 2 A.M. Float a moment. Let all go. Let all sink. There are screams going down, down, aging, dead. Detach your head then get inside it. Sit quiet. Sit so still it scares you how fast the continent can drift. Fact is this: We. We are here. Put your ear to the ground to hear in your head what’s coming close, ears to hear the word you feel, whatever it was, which meant (in a sense) catastrophe. Put your ears to your tongue (it is tied to your throat) and hear what’s being said beneath our breath. Else drift and listen, tooth to tongue, bit by bit. Remind me the sun won’t wait. Your mind, I mean: you can’t believe it’s all in there; everything you need, your head. I thought you’d be ready, set for the dive off the end of the board, the scattering of all your borrowed particles back to quantum multiplicity, the soup, simultaneous salty/sweet, hot, cold, the deep, the dust. Yes, it’s a slash, a crackle, but a blossoming. You wouldn’t believe how good it feels to cease being that “I,” the one you have dragged everywhere for fear of not existing.

Fault I had spent my life waiting for you to come and now here you are waiting in your rusted grey chevy, bags packed telling me it was all my fault.

It’s the Drink Addiction was never the problem. It was something else, something indefinable, a perspective. It was a complete refusal to do as one does, an inability to see oneself as an actor. It was something fixable, if only she would hear reason, and yet it was infinitely insurmountable. No, addiction was never the problem, but eventually it became the problem. Secretly, we were all glad when it did. Finally, we could say “it’s the drink” and pretend there was a solution.

Ode to Impulse every time I drive down madison st., I imagine the feeling of flight through the oncoming lane, my eggshell-colored jeep diving between headlights because I wanted to see what would happen. probably a sound like a copier dropped from eight stories up, the airbag dust coating my lungs, but it’s just speculation since I always lose the nerve. ambulance men would demand some explanation, like narcolepsy or you mean we’re not in britain or sneezing because curiosity just isn’t a plausible answer when accidents happen. I keep going straight because I hate having to explain myself

After the Charity Auction 3rd string NFL players name parks after themselves. Chocolate straws stir decaf coffee &amp; I left my keys in a cab, slid from my slick suit silk-lined pocket, so I knocked down the door with Oxford wingtips &amp; my shoulder. In Englewood, years ago, a mother &amp; step son shared a foam finger at the Sox game, drank too much, fought hard over pizza toppings &amp; which one left the lights on. When sirens flared into the drive, she was white with blood loss, the finger she chopped off wrapped in a napkin in her purse to make a point. The boy would go on to star in a semi-pro rugby league for two years, before losing the use of his knee to a broken bottle he fell on, tripping drunk from the bus. They live below me now, moving up in the world. He limps, she points with her thumb at the door loose on its shattered hinge, shares that story — how standing barefoot in the lawn, wide-eyed, she waited for the paramedics with a smile because the neighbors were baking banana bread, she could smell it, and grass clippings clung to her ankles and the cleaver, she said, for all that was lost, was clean. She took a deep breath of Parliament &amp; said that it sure ain’t like the movies, knives coated red, there’s only a little streak, if anything.

On the Anniversary of the Columbian Exposition Tonight the moon is a homework assignment disguised as two ripe persimmons. There’s jasmine in the planter by the basil down the block — mint growing wild in Chicago, too thick &amp; tough for scavengers. Darkness too crisp to be scented, now that the fires are out. New fires begin in dry-rub jeans, sparking zippers. Tonight homework is a harvest, interlinear geometry discarded like a dream as two persimmons sit ripe on the kitchen table, unsketched — this fruit, sweet as understanding what’s seen &amp; never said. This week a man was saved from blindness, went to a baseball game &amp; wondered why no one told him how the batter wrung the bat, or the small step he took before the swing, the little cloud

of dust erupting &amp; the riven time of sight &amp; sound — grateful to tears, these new small gifts. Tonight there is no moon. She is wearing purple underthings, feathers on her necklace, gooseflesh everywhere &amp; blood in her cheeks as she walks on her hands in the kitchen before pouring a glass of water — two persimmons, My God she screamed over Sabotage playing on my phone — no, Make Some Noise – anyway, the Beastie Boys were playing &amp; she told me that Chicago was founded in 1833 with 300 people, grew to a million for the World’s Fair, 60 yrs. later — no city’d grown so fast, she said, &amp; Clyborn was named after the city’s first butcher. I said this poem should have ended weeks ago. She was smoking American Spirit cigarettes on the porch so I locked the door, shut my ever-traveled eyes &amp; bit into my pert persimmon.

Adoration #131 for the young couple in the AT&amp;T store on Henderson Rd. I know for sure if you keep each otherâ&amp;#x20AC;&amp;#x2122;s hands deep inside the sweet grove, fruit!

Caressing The marble And granite Removing The coat Of sunlight The silk dress Of IF The cotton Of AND Always they move away from me Imitating the girls of my adolescence Never was I able to get the words right Ten minutes of lightning in an hourglass My fatherâ&amp;#x20AC;&amp;#x2122;s grave stone smashed my brain flat

Boomerang Flung away by family ties come loose, she migrated east with her tender seedlings. Thirteen winters on she burned the chip on her shoulder to stay warm. That spring, lighter now, the seedlings having grown and withered, her spine curving like a piece of driftwood, she returned the way she had come, whipping west, past tattered towns, the linguistic remnants of past peoples — Onandaga, Cheektowaga, Tonawanda — preserved in hammered metal, grown rusty around the edges. When she reached her city, which had never stopped being her city, she sailed down the Shoreway, passing through EKG’s of light reflecting off the arches of bridges that sustained the past and the future.

Step over the edge, loving Cain, loving Abel, loving the un-being of all you can’t imagine yet, through the beat of wind that never seems to have begun until you wake or half-wake wondering what it means, that “long ago,” that “never” as you listen your way into the silence. 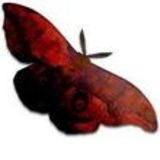