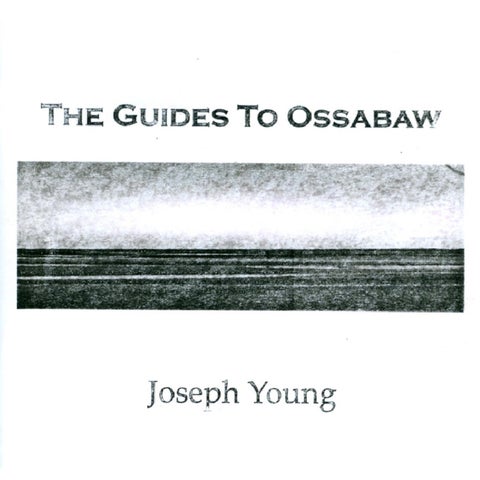 Instructions for viewing This illustrated book is best viewed with the following settings in Adobe Acrobat or Reader, all of which are found under View --> Page Display: • Two Up • Show Gaps Between Pages • Show Cover Page During Two Up

The Guides To Ossabaw Joseph Young

1 Minute That bird and not.

Micro/fiction Pulled up waiting, smoke from the glass.

Salt-crosses The long slant of sand, 2 or 3 blues or azure.

Log It’d been in the mud, some kind of wire thing. Over it tracks of another thing. He could have had tired eyes—finally cleared. She wouldn’t go home, the salt on the bottom of the shoes, the walking crabs. Black would come over the water over the water. The doctor toed the frond, scaring out whatever was in it. While it ran over the sand he sighed. This was late, shadow in the trees, so maybe late enough.

Brought forth by a week on Ossabaw Island, Georgia, February 2011.

Front cover image based on a photograph by Christine Sajecki.

The Guides to Ossabaw

My stay in Ossabaw

The Guides to Ossabaw

My stay in Ossabaw