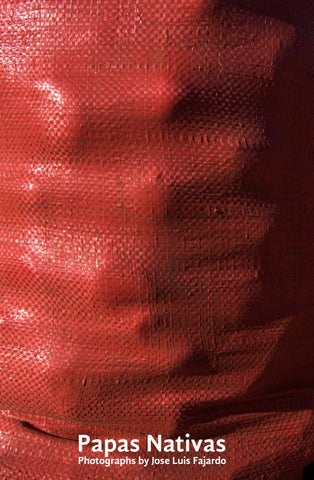 â&amp;#x20AC;&amp;#x153;If there was a time when youngsters from Ayacucho took the weapons to start a revolution, it is now your time to start but a pacific revolution from the same Andean mountains but with no guns and with the native potatoes insteadâ&amp;#x20AC;? Gaston Acurio to Edilberto Soto

“Some days I just think of throwing in the towel with native potatoes and focus only on white potatoes, but then I realised I can’t and that I have to keep on going. You know, the road is to be made” Edilberto

“My money is underground” Edilberto

Peru has been the centre of origin and diversity of more than 3,000 varieties of native potato, although only a few varieties were typically consumed beyond the Andean region. Of little value outside the Andes, these tubers were long considered the food of the poor and the indigenous and thus intimately bounded to the Andean towns. However, since the Peruvian “Gastronomic Boom” took off in the mid- 2000s, some native potato varieties together with other tubers like ocas, ollucos, and mashuas have started to be commercialised and became more widely consumed in the capital Lima. www.joseluisfajardo.com 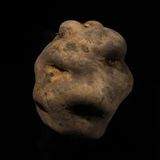