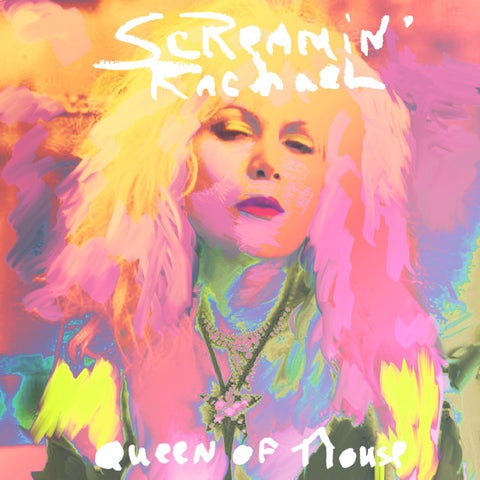 MY ALBUM IS DEDICATED TO DR. RICHARD CO SIBLE WHEN YOU BELIEVE IN YOURSELF. HE IN PEACE. I WANT TO THANK GOD FOR MY M FAMILY FOR BRINGING ME INTO THIS WORLD ALL MY FRIENDS WHO SUPPORTED ME NO M CONTINUED SUPPORT DURING SOME OF MY CITY OF CHICAGO, & ALL OF THE PEOPLE A HARRINGTON. THE HOUSE NATION, MARSH LAWRENCE, JB ROSS, MICHAEL WESLEY WH RON HARDY THE GREATEST DJ EVER! RIP, S RIKA BAMBAATAA, AND THE ZULU NATION, R ROCK STEADY CREW. THE WICKED CREW, C & SLEEPY YOUTH COMMUNICATION CHICAGO STUDENTS, AND OUR EDITOR DEONTAE MOO INSPIRATION. ALL MY FRIENDS THERE, AND MY BAND MEMBERS.TONY SEVILLE, EMILIO, S MENTIONED KNOW WHO THEY ARE, & THAT TH LY NOT LEAST, JORGE CRUZ, WHO HELPED M

OOK WHO TAUGHT ME THAT ANYTHING IS POSWILL NEVER BE FORGOTTEN, MAY HE REST MANY GIFTS, AND MY INCREDIBLE LIFE. MY D, MY EXTENDED FAMILY, THAT MEANS YOU, MATTER WHAT! MY HUSBAND MARK FOR HIS Y DARKEST HOURS & BRIGHTEST DAYS...THE AT SPACE PLACE, ESPECIALLY MIKE & RICH HALL JEFFERSON, JESSE SAUNDERS, VINCE HITE, LEWIS PITZELE RIP, DARRYL PANDY RIP, SYLVIA ROBINSON, RIP. APACHE RAMOS, AFROZ 1, CHRISTIE PABON, THE TC5, AND THE CHICAGO’S BEST HIP HOP, THE SINBAD, MAC, O, THE BOARD MEMBERS, FRIENDS OF YCC, ORE. THE CITY OF NEW ORLEANS, FOR NEW THE MANY GREAT MUSICIANS, ESPECIALLY SIR STEPHAN, EARL & DEA DEA. THOSE NOT HEY ARE IN MY HEART.LASTLY, BUT CERTAINME MAKE MY LABEL, TRAX RECORDS SHINE!

about the album from Jorge: “Back when I was writing for URB I basical mixtape that would run on the site. I went to her apartment, picked up th there I just could not stop playing (“Dance All Night”) and from there cam Rachael as well. As time went by I heard more and more of her music album’s opener. From there I knew I had to put Rachael’s album togethe incredible music she has, but also wanting to really shout about how imp

This album clearly shows what greatness lived amongst the scene - she Knuckles, Bambaataa, etc. It also highlights how diverse dance/house m her punks songs, which are NOT separate from the beginning of the alb actually many on the album are unreleased – and it even includes two li a block away from each other but was also mixed by people like Frankie Afrika Bambaataa. She even taught Joan Jett how to rap!

From those beginnings it’s kind of a question of how important she is to and eventually became the president of the label. She gave herself up in household name. She is integral to the day-to-day business aspect of it coming bastardized, used and manipulated. It’s also important how she later influence the world at large.”

lly co-curated with Rachael some songs for Joe Smooth to make a he cd and of listened to it on the way home. There was a song on me a small journey of not only discovering more about TRAX but about I think really the song that did it for me was “I Need Love” which is the er. It came really from a place of not only wanting to show people what portant people like her are.

e worked with a lot of the main people like Marshall Jefferson, Frankie music was in its early beginnings. At the end of the album there are also bum. It all goes together. Many of those songs are very hard to find, ive performances. Like Rachael says, punk and house not only lived e Knuckles in the Warehouse. Later Rachael invented hip-house with

dance music. She ended up being the protector of TRAX and house, n a way to fight and protect this music – which explains why she isn’t a and has fought up to today legal battles to protect this label from bealone introduced house to some of the most influential DJs who would

mini-book which includes Rachael's bio and tons of exclusive never before seen photographs.

mini-book which includes Rachael's bio and tons of exclusive never before seen photographs.