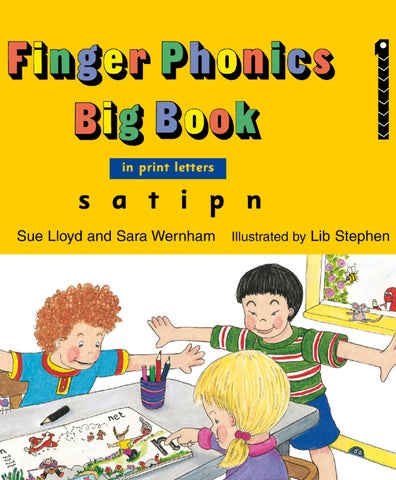 s a t i p n Sue Lloyd and Sara Wernham Illustrated by Lib Stephen The Finger Phonics Big Books introduce the 42 main letter sounds in English through stories, actions and pictures. The amusing and detailed pictures illustrate the stories, as well as captivating the children’s imagination. The books provide plenty of opportunities to teach early literacy skills for language, reading and writing.

Language Clear speech is encouraged by saying each letter sound individually. Talking about the pictures provides a good opportunity to develop vocabulary with the children. This can be especially valuable if English is not a child’s first language.

Reading Before the children can blend the letter sounds in words for themselves, they need practice in listening to an adult saying the sounds. For example, “Can you point to the ‘s-u-n’?” This can initially be difficult for some children, and they may need a little listening practice most days until the skill is mastered. A little and often is best.

Writing Letter formation: If children learn the correct letter formation from the beginning, they do not develop problems that have to be rectified later. Correct formation is encouraged when the children start on the big dot on the letters and follow the arrows with their fingers. Spelling: In order to write a word, the children need to be able to identify the sounds in that word. Begin by looking at an illustration and finding objects that use the letter sound being taught. Another activity is to ask the children if they can hear a particular sound in a word. For example, “Is there a ‘s’ in ‘sun’, or ‘sock’ or ‘dog’?” At first the children tend to think there is a ‘s’ sound in every word. Gradually, however, they develop the ability to hear the sounds, and even to say if it is at the beginning, middle or end of the word. Once children can hear the sounds in words and know the letter(s) for those sounds they can then start to be truly independent writers. 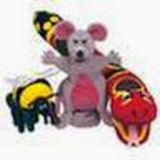