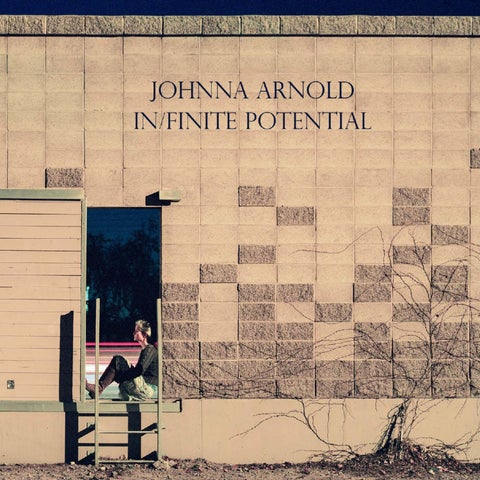 Wishing I had my very own village full of all the kind people who have helped me with this, and many other projects. Sean Zaya Jen Mom Ray Dad Scott Scotty Rebecca & all who helped in any way Thank You

uddenly, photographer Johnna Arnold just knew what she wanted to do – she wanted to get out of the car. Her earlier work was taken shooting from a car, glimpses of the world rushing by, but somehow this wasn’t enough. So she found herself on foot in West Oakland surrounded by the chaos of garbage, homelessness, freeways and onramps. Aiming her lens at the cars and cement, she discovered what she “really wanted was to cross the onramp between cars, climb the cement retaining wall and crouch in the rat infested ivy flourishing in the four feet of space between the freeway and the onramp.” With that, she wedged herself into a space in the imagination where primal fears and desires live – tapping into fantasies of escape, our contradictory longings for distance, and for home. The photographs in Arnold’s In/finite Potential series are punctuated with strong vertical lines, harsh white popping on black, familiar lights that obscure the stars and replace the sun. They take place in spaces that are self-regulating – perhaps it is not illegal to occupy them, but most people avoid these places. A woman is supine beside the ruthless, ceaseless highway, eyes closed. She is not just out of place; she is terrifyingly vulnerable, yet also absurdly serene. This image gives off a shock of recognition – this is one from my own dreams and nightmares. Here is the dream of suddenly finding myself in the wrong place, with limbs of lead, the dream where I grapple with the panic of being lost, or left behind.

This series is not a reductionist or purist undertaking like Ed Ruscha’s celebrated Twenty-six Gasoline Stations or Catherine Opie’s Freeways. The practice of creating this art is intimately connected with its subject. Raised in the quiet suburb Palo Alto in the late 1970’s, Arnold describes herself as a daydreamer who was not content to limit her adventures within those predictable and leafy confines. Today she scours the Bay Area freeway system using an old 4x5 Speed Graphic press camera to create her images. She begins by scouting locations, then returns to gauge the light at different times of day. She enlists a friend to help, and returning attempts to secure a safe location for the camera and for herself. After loading the film, setting the exposure and leaving her assistant with the camera, she takes her place in the image. While shooting the two communicate through hand signals, shouting or cell phone. She writes “The ‘misuse’ of land – without doing any harm – the climbing of trees and wedging through freshly cut holes in fencing is thrilling. The compartmentalization of our lives has always struck me as being a mixed blessing. By misusing our surroundings I get to swim upstream and experience places that usually go underappreciated...” Although Arnold is visible in each of the photographs, these are not self-portraits, they are documents of performances, more serendipitous than fiction. Regarding them, we too can feel the thrill of trespassing, of mastering our fear and reversing our ordinary relationships. Arnold’s figure in these images is malleable, flexible – she might be young, she might be old. Her slight figure could be that of a teenager, an old man or woman, homeless person, parkourist, or suicidal wall-streeter. The exception to this is in the image titled Passenger Train where the artist stands in a skirt, the shape of the skirt echoing that of the surrounding structures, her outline is preposterously, defiantly feminine. Like a parody of a pioneer woman, she confronts an entirely new frontier.

The concrete landscapes in In/finite Potential lead from the present back into our distant past. Todayâ&#x20AC;&#x2122;s roads and highways are made from the same material used in ancient civilizations. Romans used cement to create buildings, and for aqueducts that echo todayâ&#x20AC;&#x2122;s freeways. The walls lining our modern highways are sometimes deliberately molded to mimic natural rock face, and are tagged with graffiti that mime the pictographs of early humankind. Scaling those walls or passing those contemporary glyphs, Arnold gives us the measure of her body next to the massive contours of infrastructure. By inserting the dimensions of the human body into this scale, a simple but powerful observation is taking place. In this landscape we can see an intersection of history and the future, reminding us of our limits as well as our possibilities. It is here, in this world that weâ&#x20AC;&#x2122;ve made, that we confront the conundrums of modern life. It is hard to forget that these same roads that connect us are also those that keep us apart, as they simultaneously create and eliminate distance. Rebecca Horne February, 2013 Catalog of Johnna Arnold's series of photographs, In/Finite Potential, with an essay by Rebecca Horne. Copyright 2013

Catalog of Johnna Arnold's series of photographs, In/Finite Potential, with an essay by Rebecca Horne. Copyright 2013