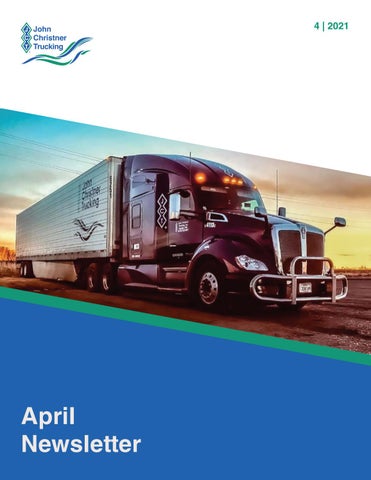 RECRUITER OF THE MONTH AND RECRUITER OF QUARTER 1 Gina Bartley wrote, “Congrats to Elisha Thornton for taking the prize for not only Recruiter of the Month of March, but Top Recruiter for Quarter 1, 2021! E never ceases to amaze me with her humble personality. They say it’s the quiet ones you have to watch out for and she has proven that time and time again. She sweats glitter with all her hard work! She’s the one to catch in Recruiting. I can’t wait to see what she does in 2021, as I’m sure it will be exceptional. Thank you, Elisha, for all you do. You’re a great example to others. With this accomplishment comes a reward. Lunch on us and ½ day off of your choice!”

Jeff Weaver presenting Kirby Faulkinbury with his 15 year ring. Happy Anniversary, Kirby and thank you for your dedication to JCT!

Tyler Preston wrote, “For the 3rd month in a row – the DM of the Month is Jenn Heisley!! Jenn had a perfect month – no terms and no service failures! It doesn’t get much better than that! Jenn, your performance continues to be stellar month to month, keep up the great work! Curious to see which DM is the first to break up her 3 month long winning streak!!! May the odds ever be in your favor!”

WHATEVER IT TAKES JASON CATES NOMINATED SPENCER PAULEC FOR THE APRIL WHATEVER IT TAKES AWARD Spencer will be presented with a trophy, a “Whatever It Takes” designated parking space in front of the building, and a $50 QuikTrip gas card. He will also have the honor of naming next month’s WIT winner.

Hollie Taylor nominated Thomas Kepler. Hollie said, “Thomas Kepler is a great driver. He goes above and beyond to always be on time and keep loads moving. Thanks for all you do Kep!”

Jen Heisley nominated Darryl Dunn. Jen said, “Darryl has been with JCT since 2012 and eats and sleeps JCT all the way to the bone! His attitude is always top notch, and everyone loves Darryl! Darryl has the most contagious smile and is always so eager to help anyone with anything. Most of all his love for JCT shines all the way from his shiny red truck to his hat that reads John Christner Trucking! Thank you, Darryl, for all that you do for JCT and thank you for having the best attitude towards our customers, employees, and other drivers! Be safe out there my friend and keep doing what you do best!

Josh Muskrat nominated Phillip Nunez. Josh said, “Phillip has been with JCT for five years. During that time, he has very quietly become one of our most dependable and consistent drivers. Great communication. Understands the business. JCT would be lucky to have several more

Ryan Smoot nominated Patrick Payne. Ryan said, “Patrick came to JCT in August 2020 and since that arrival he has made a real impact on my fleet on time delivery percentage. He has the mark of a true professional driver with old school class. Thanks Patrick you make my job easy!”

Joe Beers nominated Lester Grayson. Joe said, “During the month of March Lester helped save several loads with swaps, even under the pressure of having trailers dumped on him that had issues with them that the driver before failed to report or ignored. Thank You for your dedication to JCT. We will reward you with a loaded hot dog and a coke. (wink wink).”

Keenan Ahlfield nominated Richard Fields. Keenan said, “New driver for JCT and has impressed me with his ability to deliver load on time and never complains, nor does he turn downs load he is given. Very reliable and willing to help other drivers.”

Sean Layman nominated Marvin Kachelhofer. Sean said, “Marvin, is a great driver, he is always dependable, always communicates ahead of time, knows his stuff, and is always kind and courteous to whoever he talks to. Marvin is always willing to help. Thanks Marvin!”

Russ Harlow nominated John Jackson. Russ said, “John is always covering the miles needed and is always helpful coming down to swaps. John is known for his night shift runs and never ceases to amaze everyone with the miles covered. When I come in the morning and he has moved 700+ miles to obtain ahead of schedule to allow guaranteed success. Thank you for all your continued effort to be A great driver for JCT and always being reliable and on schedule!”

Dale Smith nominated Shaun Cleveland. Dale said, “Mr. Cleveland hammered out more than 14.2K miles as a solo driver in the month of March. Ever since beginning his tenure w/ JCT back in June of last year this driver has really kept his nose to the grindstone. March has been the best month for him so far, but I think he has even more in him than that. Shaun is always asking for tips & tricks on how to be most efficient w/ his fueling & trip planning. This driver is always very chipper & aware of what he’s doing whenever I speak w/ him. I really admire Shaun’s work ethic & I very much appreciate having him on my team.” OUR DRIVERS / Driver of the Month Nominees

Doug Chen nominated Jesus and Daniel Sanchez. Doug said, “Always willing to help on swap, great communication and very professional to work with. I know I can count on them if I need their help in a tight spot.”

Amye Alvarez nominated Terry Chaney. Amye said, “Terry has been with JCT for 19 years now. He does the job the way it’s supposed to be done. He fixes trailers, does swaps, and uses his time down to last min when he needs to. If you need to get a job done, he is your guy!”

Charles Richards nominated James Davis. Charles said, “James Davis is my choice for Driver of the month for March 2021. He always stays rolling, makes on time deliveries and pickups, does not hardly ever turn down a pre plan and he is pleasant to deal with daily. He is doing very well here, and he is another good representative of the JCT family.”

Brian Stewart nominated Stephen Campbell. Brian said, “Just hit his 1-year anniversary and is showing he has what it takes as a driver. He is always on time and usually early on his loads, manages his breaks and home times to stay profitable and has made up time on more than one late load to save them for us. Hope to see him stick around and continue to grow and be successful.”

Tom Cowan nominated Lisa Garcia and McKayla Webb. Tom said, “these girls are an awesome team. They deliver loads on time and help on swaps when needed. Always have a good attitude. If it needs to get there and has the time, this is the team for the job.”

DRIVERS OF THE MONTH

MEET ALEXANDRIA ROBINSON AND HOWARD NELSON This team came to JCT for our dedicated lanes. They met while in the military and both have a strong desire to protect others. Their motto is, “Be safe, have fun, and protect others on the road.”

This is Shanana’s first time in a lease purchase program. While she’s been wanting to give it a go, she’s been waiting to find a company that she trusts to provide her with the tools she’ll need to be a successful owner operator. She says that “JCT’s programs and company flow makes me feel confident in finding success.”

Julius came to JCT because we offer things that he hasn’t found in other Lease Purchase opportunities. He said he finds success by “Planning as much as I can.”

JCT PODCAST / Part of the Solution

One of JCT’s drivers, John Grigsby, called and asked if he could write a few words about our receptionist, Brenda Joice. John wrote, “Every time I call on the phone, Brenda is there to help, to coordinate, to sort out problems, and she always takes the extra step to do those things that aren’t even a part of her job description to make things run smooth or and help drivers get information faster. She is the glue that holds JCT together at the front lines on many occasions. More times than I can count, I have called needing an immediate resolution on something, and Brenda leaves her post and will physically walk back to whoever is in that particular department and tell them to pick up the phone and solve the problem. She always directs drivers to the right person in the right department, and is always willing to make multiple attempts to get people on the phone to solve problems. She has the best personality of anyone I have ever met at JCT, and wears so many different hats, I often think she needs a separate office just to store them all.

On days when she is gone, and I know everybody does their best, but it just seems that it is not coordinated and running as smoothly as when Brenda is at the helm. She like the rudder of this mighty ship we call JCT. And so many times because of her efforts alone, problems are solved, resolutions are discovered, and business runs along smoothly as it would never do without her. Is it any wonder that everybody loves Brenda? She is the Rock-star that brings the spotlight to so many good things that JCT does. She deserves to be recognized for the many many functions and duties she performs behind the scenes that often go unnoticed.” John is right, Brenda is very loved and appreciated. She’s an incredible asset to the JCT. If you see Brenda around, give her a few kind words and a pat on the back (figuratively speaking).

What’s going on outside of work / SOMETHING TO TALK ABOUT 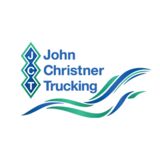