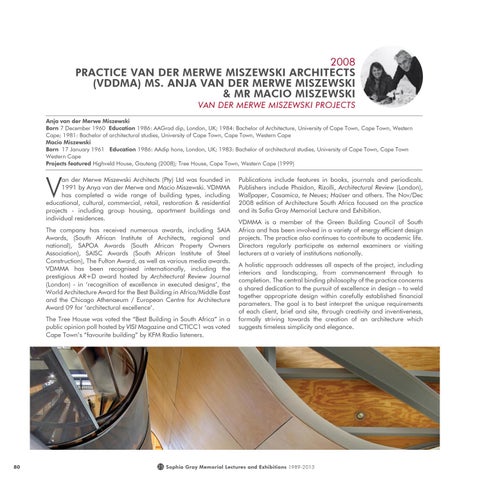 Publications include features in books, journals and periodicals. Publishers include Phaidon, Rizolli, Architectural Review (London), Wallpaper, Casamica, te Neues; Haüser and others. The Nov/Dec 2008 edition of Architecture South Africa focused on the practice and its Sofia Gray Memorial Lecture and Exhibition. VDMMA is a member of the Green Building Council of South Africa and has been involved in a variety of energy efficient design projects. The practice also continues to contribute to academic life. Directors regularly participate as external examiners or visiting lecturers at a variety of institutions nationally. A holistic approach addresses all aspects of the project, including interiors and landscaping, from commencement through to completion. The central binding philosophy of the practice concerns a shared dedication to the pursuit of excellence in design – to weld together appropriate design within carefully established financial parameters. The goal is to best interpret the unique requirements of each client, brief and site, through creativity and inventiveness, formally striving towards the creation of an architecture which suggests timeless simplicity and elegance. 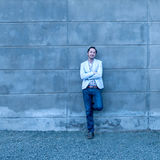