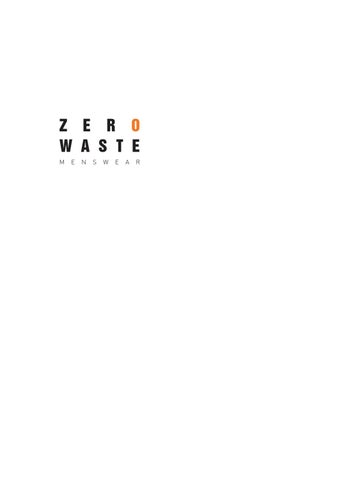 Includes a modular outerwear system and a mix of traditional and modern weather-proof fabrics for optimal accessibility, durability and functionality.

A clean, technical take on zero-waste design, aiming to demonstrate a proof of concept for contemporary, ethical menswear design.

1 On average, around 15% of the fabric used in a traditionally produced garment is wasted when the pattern is cut out.

2 The zero waste design process starts with reducing the garment to it’s core components, and carefully redesigning it.

3 The final garment retains all functionality of it’s traditional equivalent, without producing any of the fabric wastage.

With a pattern as simple as the one shown above, many different styles can be produced simply by altering factors such as fabric, finishes, and trims.

This sort of designing and styling is an important aspect of the brand&#39;s range development, as well as a complimentary ethical design skill.

S U IT JACK ET

→ Initial design ideas for a fully reversible jacket liner. ↓ Final liner pattern. The simplicity is mainly down to its reversible design ↘ Working pattern, demonstrating the identical patterns, but differing component uses of the two sides.

split one into two jets Leave other intact for cuff adj.

A large portion of the research done during this project has involved computers at some stage. All the patterns have been created and developed digitally using Adobe Illustrator and the final patterns were printed off full scale using a large format printer. I have used blogs to research the work of other zero waste designers, had my work published digitally, and in print, by a creative social networking site, and my exhibition included an interactive system showing all the digital and digitised work from the project.

I have also collaborated with a game art designer to create an interactive 3D model of my waterproof jacket, to demonstrate the possible crossover and role of digital art in garment design. In the future I would like to see this range become prototyped and drafted digitally in virtualisation software already available in industry. Essentially removing all prototyping waste and making the garment design process truly wasteless from start to end. I would also like to see garments interacted with digitally online as 3D models, or exploded and manipulated

interactively by customers via an online webstore or game-demo type store/ space or through further exhibition spaces.

↙ Drafting digital patterns to paper from a large scale monitor. Saves paper from printing every pattern development out in A0. Changes made during drafting can also be made directly to the digital file, to save drafting twice and wasting paper. ← Final overcoat drafting pattern in 1:4 on A4 ready for printing 1:1 at A0. The accuracy for the final patterns was brought down to around ± 0.4%. ↓ 3D modelling development screenshots and real garment comparisons.

An article about my work was published in the independent arts and culture magazine, FD2D. It was published in the Summer 2012 issue of both the Leicester and Derby versions of the magazine, as well as a digital, interactive magazine on the FD2D website. The layout, content and words are my own. The whole experience was a great excercise in graphic design and networking, and has led on to possible consultancy in creative networking and events management; assisting in FD2D&#39;s expansion to a regional publication. 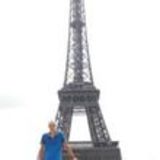