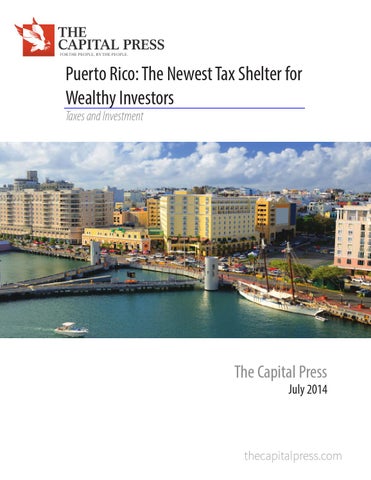 When people think of Puerto Rico, wealth isn’t usually the first thing that comes to mind. According to Fortune Magazine, 45% of Puerto Rico’s population lives below the poverty line and unemployment has soared to 15%. But lawmakers on the island are hoping to change that. Their method? Two initiatives passed in 2012—Acts 20 and 22—that are meant to attract wealthy individuals and companies to their shores. Act 20, otherwise known as the Export Services Act, exempts businesses that have moved to Puerto Rico from taxes on dividends and profit distributions. On top of that, it caps earnings tax for these companies at 4%. Act 22, the Individual Investors Act, waves takes on dividends, interests, and capital gains for new residents.

Legislation Gaining Steam So far, response to the new legislation has been positive, according to Puerto Rico’s Secretary of Economic Development, Alberto Baco. He told Bloomberg, “it’s working. We are receiving a lot of entrepreneurs who are partnering with our people, creating jobs, and we are really happy with the program.” This year, the Puerto Rican government expects to receive 250 more applications from interested individuals. Puerto Rico’s highest profile investor so far is American hedge fund manager and billionaire, John Paulson. According to Bloomberg, Paulson has been snatching up real estate on the Island and purchased over $100 million of the commonwealth’s municipal debt.

Too Good to Be True? On the surface, the new laws seem ideal: by creating legal tax shelters on the island, the Puerto Rican government should be able to incentivize job creation and add a huge boost to the island’s economy. But some experts warn that moving one’s business to Puerto Rico could poses significant risks. A tax attorney based in Dallas, Joe Garza, said in a recent press release that Puerto Rico’s ambitious initiatives may not be so reliable. “There’s no guarantee that Acts 20 and 22 will remain untouched,” he warned. “Congress has already set a precedent for quashing the

island’s ambitious tax policies back in 2006.”

Safety Concerns for New Residents In addition to the financial uncertainty, residents of Puerto Rico face serious risks to their safety. Currently, the island is a major center for drug trafficking. Coupled with the extreme poverty rate, that has caused the murder rate in Puerto Rico to soar. Under Act 22, individuals must spend at least 183 days of the year on Puerto Rico to be considered a resident. While safety remains a serious issue, new residents seem more concerned with overall quality of life on the island. In anticipation of the influx of investors, John Paulson has plans to develop high-end real estate for the new population. But Garza warns that it will take time before Puerto Rico becomes the island paradise that people like Paulson anticipate. “[Investors] should understand that the island may not protect their safety as well as it does their assets,” he said. 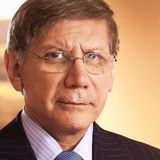 Puerto Rico has attracted several wealthy investors as legislation passed in 2012 finally gains traction. 2012 was the year the Puerto Rican...

Puerto Rico has attracted several wealthy investors as legislation passed in 2012 finally gains traction. 2012 was the year the Puerto Rican...