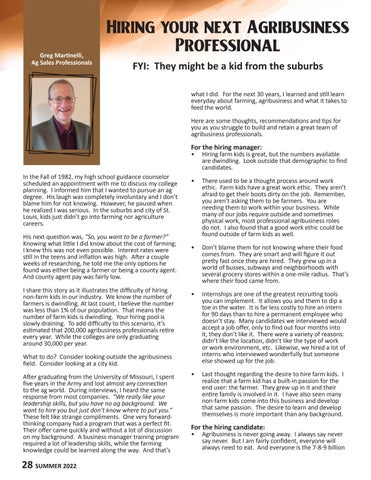 Hiring your next Agribusiness Professional FYI: They might be a kid from the suburbs what I did. For the next 30 years, I learned and s ll learn everyday about farming, agribusiness and what it takes to feed the world. Here are some thoughts, recommenda ons and ps for you as you struggle to build and retain a great team of agribusiness professionals.

For the hiring manager:

In the Fall of 1982, my high school guidance counselor scheduled an appointment with me to discuss my college planning. I informed him that I wanted to pursue an ag degree. His laugh was completely involuntary and I don’t blame him for not knowing. However, he paused when he realized I was serious. In the suburbs and city of St. Louis, kids just didn’t go into farming nor agriculture careers. His next ques on was, “So, you want to be a farmer?” Knowing what li le I did know about the cost of farming; I knew this was not even possible. Interest rates were s ll in the teens and infla on was high. A er a couple weeks of researching, he told me the only op ons he found was either being a farmer or being a county agent. And county agent pay was fairly low. I share this story as it illustrates the diﬃculty of hiring non-farm kids in our industry. We know the number of farmers is dwindling. At last count, I believe the number was less than 1% of our popula on. That means the number of farm kids is dwindling. Your hiring pool is slowly draining. To add diﬃculty to this scenario, it’s es mated that 200,000 agribusiness professionals re re every year. While the colleges are only gradua ng around 30,000 per year.

Hiring farm kids is great, but the numbers available are dwindling. Look outside that demographic to find candidates.

There used to be a thought process around work ethic. Farm kids have a great work ethic. They aren’t afraid to get their boots dirty on the job. Remember, you aren’t asking them to be farmers. You are needing them to work within your business. While many of our jobs require outside and some mes physical work, most professional agribusiness roles do not. I also found that a good work ethic could be found outside of farm kids as well.

Don’t blame them for not knowing where their food comes from. They are smart and will figure it out pre y fast once they are hired. They grew up in a world of busses, subways and neighborhoods with several grocery stores within a one-mile radius. That’s where their food came from.

Internships are one of the greatest recrui ng tools you can implement. It allows you and them to dip a toe in the water. It is far less costly to hire an intern for 90 days than to hire a permanent employee who doesn’t stay. Many candidates we interviewed would accept a job oﬀer, only to find out four months into it, they don’t like it. There were a variety of reasons: didn’t like the loca on, didn’t like the type of work or work environment, etc. Likewise, we hired a lot of interns who interviewed wonderfully but someone else showed up for the job.

Last thought regarding the desire to hire farm kids. I realize that a farm kid has a built-in passion for the end user: the farmer. They grew up in it and their en re family is involved in it. I have also seen many non-farm kids come into this business and develop that same passion. The desire to learn and develop themselves is more important than any background.

What to do? Consider looking outside the agribusiness field. Consider looking at a city kid. A er gradua ng from the University of Missouri, I spent five years in the Army and lost almost any connec on to the ag world. During interviews, I heard the same response from most companies. “We really like your leadership skills, but you have no ag background. We want to hire you but just don’t know where to put you.” These felt like strange compliments. One very forwardthinking company had a program that was a perfect fit. Their oﬀer came quickly and without a lot of discussion on my background. A business manager training program required a lot of leadership skills, while the farming knowledge could be learned along the way. And that’s

For the hiring candidate: •

Agribusiness is never going away. I always say never say never. But I am fairly confident, everyone will always need to eat. And everyone is the 7-8-9 billion From the Corner Offi ce 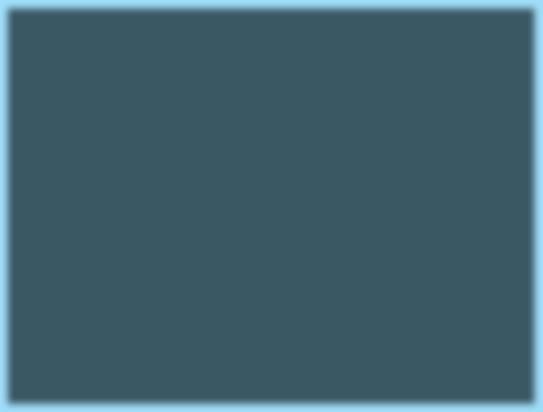 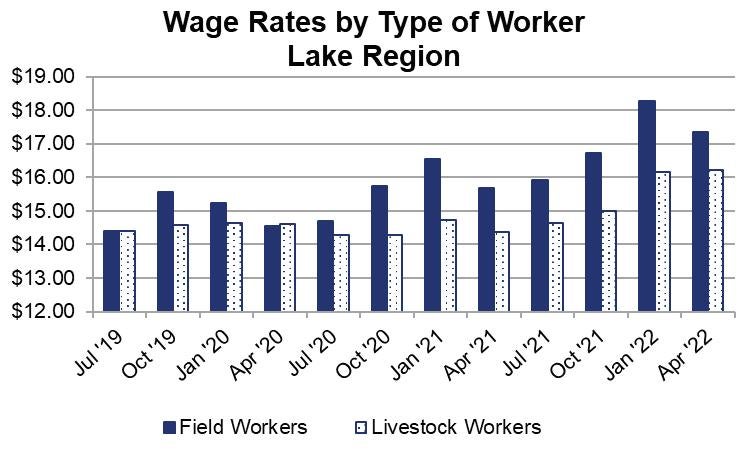 Hiring your Next Agribusiness Professional

Who Will Die Next in a Confi ned Space Incident?