I was born and raised in the oldest city in the world, the Phoenician city of Byblos, Lebanon. This mediterranean spirit and lifestyle has inspired me a lot in my life. I started studying architecture in Lebanon and now here I am, finishing my MSc in architecture and landscape design in Milano. I am so proud of what I achieved so far in this field and I am very enthusiastic and eager for the future.

1. MUSEUM | EXHIBITION CENTER Nice, France Spring semester 2019 Prof. Guya Bertelli After the urban growth of the city Nice, the municipality was looking for ways to protect what is left from the green spaces, and propose a new master plan for the valley. In this valley that was once only agricultural, there are many elements limiting the connection between the two sides of it. We started by studying the types of the limits existing in order to understand better the situation and the different relations between voids, traces, and limits. Inspired by the geometry of the mountains and the forces of the topography, we proposed four new bridges along the valley to re-build the traditional relationship between farmland, river and urban development and to improve the quality of the site. The project consists of a multimedia museum, a linear park along the river, a bridge and a special housing oriented to students/researchers/tourists that is connected with museum activity.

NICE - FRANCE Overlapping of the most important maps of the city, showing the different rooms, the urban sprawl and the elements that separate them. The Valley in the western part of Nice was once an agricultural land only. The landuse has changed by time and the municipality started having plans for the eco-valley to organize it.

Distorting the Limits by Following the Traces

The valley is strongly divided in two parts by many elements, the aim was to distort the limits. The additional connections are inspired by the topography forces (axes). Along the chosen axe, the one closer to the train station, a museum, a bridge and a special housing will be placed. A linear park along the river to strengthen the relationship with the water.

Housing offers two typologies of modules, in which one is dedicated for artists. Modules of 10x10x10 are dynamically shaping the platform to create openings, gardens, and public spaces. The whole complex is open to the river side with a direct visual and physical relation with the river.

Museum is divided into three main parts: The past is the underground floor, the cube is the present where all the workshop happens and the exhibitions of modern and contemporary art work is, and the future part is the sphere that is totally closed with 3d video mapping (digital art).

View from the roof of the bridge, looking to the museum

Inside the art bridge; where it will be an exhibition space and a place to sit and enjoy the view above the river.

View from the housing, looking to the river and behind itâ&#x20AC;&#x2122;s the museum.

Inside the multimedia museum, showing the future sphere.

2. PARQUE DEL MAR Barcelona, Spain Spring semester 2018 Prof. Karin Hofert Itâ&#x20AC;&#x2122;s the capital of Catalunya, a region of Northern Spain that has its own unique culture, traditions and personality. The site is located on the seashore of Barcelona, but separated by the BesosÂ river that is somehow disconnecting the site from the rest of the front boulevard of Barcelona. The area measures 1400x300m. In the middle, three huge chimneys rise to the sky. They are the witness of a former energy plant, and one of the landmarks of Barcelona. The aim of this project is to re-qualify the area from a physical, social and cultural point of view. As program, a mixed use is proposed: Nautical faculty, social housing, students residence, a hotel, visitors and teachers residence, a library, a commercial and cultural space, with administration and service areas.

The existing building infront of the three chimneys is kept to be used as vertical public space and it is accessible from the groundfloor, from the students housing and from the social housing. The Library is the only element not connected with the rest of the buildings. It is located near the entrance to be easily reachable for both the people staying in this site and people from the close neighborhoods.

The urban and landscape regeneration studio aims to explore contemporary and innovative theories and methods of regenerating the urban and natural fabrics of the city with the surrounding rural lands as a mean of restoring a sustainable growth model between citizens and territory. Beyond the Wall aims to contextually respond to the underutilized agricultural and urban surfaces surrounding Piacenza by creating an Agropark that serves as both an economic effort for local farmers, in addition to providing a reconnection with the natural processes and agricultural history of the territory through various activities ranging from leisure, educational, agricultural and cultural activities for all age groups.

We performed a layered analysis to get understanding of users experience, circulation, forms of landscape, environmental preservation standards and the river characteristics of the site. The baring territories on the site, allow us to understand all the different type of landscape or ground types as a means to know where certain activities, species and interventions are best suited to take place.

The metropolis of Rio de Janeiro is the second-most populous metropolitan area in Brazil and sixth-most populous in the Americas. Part of the city has been designated as a World Heritage Site, named “Rio de Janeiro: Carioca Landscapes between the Mountain and the Sea”, by UNESCO on 1 July 2012 as a Cultural Landscape. This map is showing how the North East region of Rio is the most saturated, in terms of population and informal settlements. The main conclusion and the point that we are stressing on is the dispurse of touristic attractions, They are all located in the southern part, and separated from Tingua by the highway. The nature can feed the metropolis, and this is what Tingu has, but it needs more eco tourist projects in order to be accepted in the metropolis of Rio de Janeiro, so they can offer services and infrastructure. A flow of people to Tingua can change that. The proposal is an agritourism project that benefits from the existing natural resourses, and at the same time can asset the economical developement of Tingua.

Section 2 - Medium density area From one side the expansion is blocked by the river And from the other way it has the potential for expansion for urban growth.

Section 3 - Very low dense area Expansion is fully blocked by the topo. and the presence of the reserve.

Exhibition and research center that will be also a touristic attraction in Tingua. Inside people of all ages participate in different activities also benefiting from the surrounding agricultural fields.

The â&#x20AC;&#x153;Plug-inâ&#x20AC;? first made popular in the 1960s by the Japanese Metabolists and by Archigram. This workshop propose flexibility of making designs for living (sleeping, reading, writing, cooking...) made from comfortable and biodegredable materials. The site, Macao is currently based in the former Milan slaughterhouse, in the middle of a huge abandoned area not far from the city center; has a transversal program that hosts performing arts, cinema, visualarts, design, photography, literature, new media, hacking and meetings of city committees. It is coordinated by an open assembly of artists and activists.

milieUse serves the need of the MaCaO community by making a safe environment for sleeping while maintaining a transformable quality thatâ&#x20AC;&#x2122;s easy to use by people.

The Plug-in module is rigide and safe when itâ&#x20AC;&#x2122;s closed; flexible and bigger when opened. The two long sides have sliding doors, and the two short sides have swinging doors. To add more flexibility and to answer the needs of Macao, three storage boxes on each side are mobile and can be used for seating. 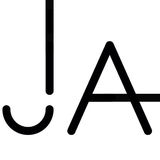