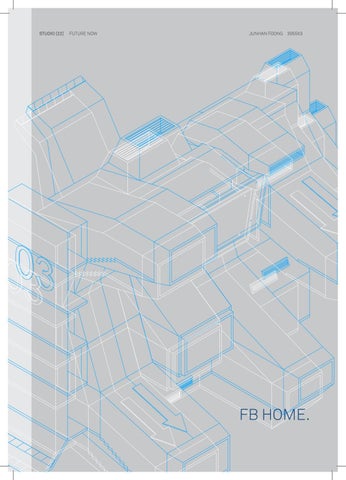 CONTENTS Intro to the Internet Age

The Metropolis is an addictive machine, from which there is no escape.

The rise of the Internet has been one of the most transformative developments in human history, and with over two billion people worldwide now have access to vastly more information than ever before, communication with each other almost instantaneous often using Web-connected mobile devices they carry everywhere. With the inclusion of social networking, connecting to others and sharing of data has become almost instantaneous extending beyond the limits of physical distance. However, with that comes a newer set of questions regarding the state of our online data - how well is our trust is placed on large organisations who ‘guard’ our private data? and with younger generations born into households of web-connected devices does this new social norm mean that the issue of privacy is something future generations will read in history books?

Facebook - newfound interest in Healthcare Facebook already knows who your friends are and the kinds of things that grab your attention. Soon, it could know the state of your health. The company is exploring creating online “support communities” that would connect Facebook users suffering from various ailments. A small team is also considering new “preventative care” applications that would help people improve their lifestyles. Recently, Facebook executives have come to realize that healthcare might work as a tool to increase engagement with the site. Facebook product teams noticed that people with chronic ailments such as diabetes would search the social networking site for advice. In addition, the proliferation of patient networks such as PatientsLikeMe demonstrate that people are increasingly comfortable sharing symptoms and treatment experiences online.

PayPal is offering one-cent coffees at your favourite Cafes. Ever been caught without a card or cash? There’s an app for that. Users would “check in” to a cafe, restaurant or bar adn pay on your phone.

INTRO TO THE INTERNET AGE

Paypal App - payment on the go

All you need to do to claim your one-cent coffee is download the app, upload a photo, add a credit or debit card to your account and check-in at your cafe of choice. When you walk into the store, just open the app and check in at the location, Your face will show up on the merchant’s point-of-sale. The other convienecne is taht any payment amount is welcome. You don’t have to make a prurchase of under $10 when there’s a minimum. You donthave to go out to find an ATM or buy something else.

description: Stealth Wear is a vision for fashion that addresses the rise of surveillance, the power of those who surveil, and the growing need to exert control over what we are slowly losing, our privacy.

Many of the pieces in Harvey’s Stealth Wear collection look quite ordinary, much like reflective safety clothing.

Three pieces make up the collection including a zip up cape with a peaked hat, which almost completely cloaks the body, and a scarf that can be draped where needed.

With the rapid advances in drone technology, more and more drones are being equipped with additional data tracking devices, such as thermal imaging cameras deployed by military or police to locate individuals using heat signatures.

Projects such as Stealth Wear exemplify how the impact of modern surveillance programs in addition to the impact of digital culture influence new approaches to design thinking.

the future of clothing and technology

description: THE NEXT BLACK is a documentary film produced by home appliance manufacturer AEG envisions exploring the changes in fashion with designers experimenting wtih technology and science. Fashion’s future is not about the new, but rather, about the NEXT.

opposite: scene from “the next black”.

Digital couture envisions clothing which becomes â&#x20AC;&#x153;a garment with a factory insideâ&#x20AC;? to acomplish the imaginative and whimsical.

The future of clothing lies in its philosophy that it can be designed as a repairable object similar to hardware rather than a disposable soft good.

THE NEXT BLACK encompasses exploratory fields of fashionâ&#x20AC;&#x2122;s future, a tomorrow when clothing is designed to be updated and customized like computer hardware or our favourite smartphone app.

In an age where wearable technology is becoming increasinly prevalent, fashion technology is pushing itself to emerge as yet another connective element to a digital lifestlye extending right down to the threads covering oru bodies.

description: i.r.i.s. - Intelligent Remote Information System was a test program set up intended to collect public data via a modular system of cameras and additonal swappable parts which made up a much larger facade system intended to attach itself onto existing buildings. Although the program did not surpass its beta stage, many of its concepts and findings were still used as part of the design process towards the creation of FB HOME.

above: exploded diagram of the lens piece used in the i.r.i.s. camera.

The i.r.i.s camera is a set of two different hot-swappable camera modules designed to fit inside a machined chasssis. The design intention of the overall system was to create a series of different interchangeable modules which could be continually swapped over time as desired, as hardware upgrades became available or should the user desire to use a different type of sensor-module.

above: diagram showing front plate of the camera, including the light sensor, proximity ring and aperture ring.

above: the modules house internals similar to a computer, meaning that meaning that each module is able to communciate to each other indivuduallly, like a series of microcomputers.

After placing each module within the sixaxis chassis, individual chassis would then interlink to form a much larger facade, which could be supported by an external frame attached to an existing wall.

thoughts Although the i.r.i.s. camera failed to uphold it initial promise it, the lessons learnt laid precedence to the design language and technological implementation used in the creation of FB Home - a much larger, more technologically advanced mutation of a surveillance machine.

creating a machined-surveillance district in the digital age

description: Facebook Home [stylized as FB HOME] was conceived as the ‘modern day panopticon’ - a series of large parasitic machines designed for mass surveillance of the general public. Under the guise of being a ‘no-cost’ entertainment complex, FB Home offers customers services and goods in exchange for digital currency earned through social media activity and data gathering. FB Home is designed as a machine which allows for the implementation of current and newer forms of surveillance technology within its architecture, resulting in an upgradable buidling which evolves in complexity as it continues to root itself within the greater urban context.

FB Home exists in many places, or rather any place, at any given time. It is both site-less, and of many sites.

Facebook coin is a digital currency used within FB Home as a means for purchasing items and services. Coins are gained by the quality and quantity of social media activity, and thus are continually accumulated during the user’s duration in FB Home. Coins can also be ‘farmed’ by playing games on gaming machines available in every FB Home building.

The Facebook Restaurant is a “foodie’s” dream - a restaurant of potentially infinite choices. In-house diners are able to preorder their favourite dishes from local restaurants by providing information about their most frequented restaurants before hand. Suggestions on “what’s popular” are also provided based on location -based data provided by diners and online reviews. Information provided is personalised, meaning that the next time you visit Facebook Restaurant, your favourite food is always first priority on your suggestions list.

Facebook Hotel serves customers who visit FB Home by providing a place to rest after a long day of shopping and entertainment. The spatial areas within the hotel is designed to be as constrained and as spatially efficient as possible in order to allow for the building to be attached to facades of its external buidlings while maintaining protruding views overlooking the cityscape.

Bunks are used instead of individual beds to maximise space efficiency within a small footprint. Individual pods within each bunk track and monitor vital health data, as well as providing a summary of the userâ&#x20AC;&#x2122;s sleep upon awakening.

The Oculus Cinema is a unique and revolutionary cinematic experience tailored to the individual user. Since being acquired by Facebook in 2014, The Oculus Rift has been used in a cinema context within FB Home to allow for users to have an uninterrupted and selective experience over the content being viewed.

Facebook Home is aims to question the role of surveillance in modern day society, and explore ways in which information is gathered, both secretly taken and openly provided by the user, leading to the downfall of privacy as we know it. Even when stripped of its radical form and highly experimental machinery, Facebook Home becomes a cautionary tale of control, deceit (trolling) and the extent to which surveillance technology and methodologies continue to be laced in our every day lives - from blatant recording of video using hidden devices to the simple update of a social networking status, the Internet has powered surveillance to make every detail of our daily lives available to prying eyes. FINAL THOUGHTS 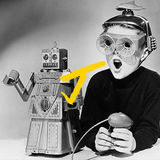 FB Home is a project which aims to bring light to the issue of surveillance in modern day society, exploring tactics used in information gat...

FB Home is a project which aims to bring light to the issue of surveillance in modern day society, exploring tactics used in information gat...