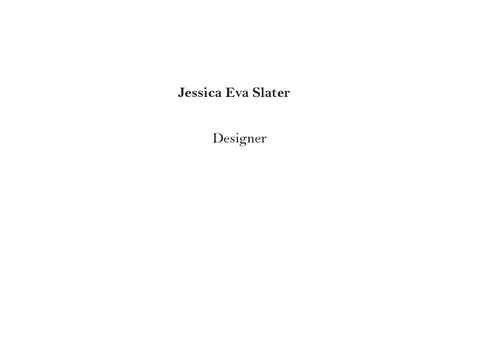 The Cheif. Concept: He escapes through the painting of a forest. Inspiration: The woods in Scotland near my house. The colours I gave it in my drawing express itâ&amp;#x20AC;&amp;#x2122;s meaning of freedom. I then translated this through embroidery and texture onto my cosutme. When he opens his cape he escapes to his home land.

A collaboration on the Queen of ‘The People from Below’. A concept designed and developed based on the TV series ‘Game of Thrones’. The Queen’s world is a mixture of the varied climates in the individual kingdoms in Game of Thrones. She does not have a set climate as she is from an ancient world that can only be accessed from below land. Here she has spent thousand of years alseep until someone awakens her again and she resurfaces. Her skirt and embroidery represent her story with it’s ‘fossil like’ appearance and texture. The macrame top looks like it was hand made by her tribe.

Researching in the Library

With the team in rehersals

I am a Costume Designer and here is some of my work from Paris and London. In my design process I love to draw. Here I present my portfolio.