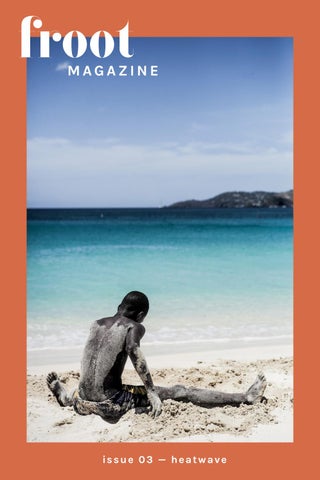 heatwave [heet-wayv] or heat wave is an ode to summer in all its sweat and tenderness. a collection of the underlying sensations that define our experience. â&#x20AC;&#x201D; J+K

In heat Waves of want water from foreheads and lips. Touch me, leave me. Our sweat is so sweet, mixed in Sheets and stories of last nights so Dark and lovely. The richness saturates and seeps in Pore and follicle; in Dirt and damp, So moist. You look damn good with that glisten, Glittering with each bead that roles down, Down, down your chiseled chest.

In this heat I swear I have seen things, Cuz no one looks this good in frost. Everything glows with a hint of gold: Lust and lavish. Flesh bare, with thirsted lips Cracking, and Wrapping round popsicles, Circling in smiles on dance floors, And subways, And bedrooms, And back rooms. No back rubs for me, Your palms emit too much energy, Or is it love? Itâ&#x20AC;&#x2122;s probably just the heat.

Inflammation Hydration, Chronic Eczema Starter Pack Digital Still Lifes of the Things I Carry By Crystal Chin — Eczema is the finicky thorn in my side. Always restless, always relentless—even when I am at my most distracted self, forever burning the midnight oil. I left the dry heat of Los Angeles for the humid summers of New York City. These are the items that keep me together and moisturized on a daily basis: 01 Eucerin Foo! I use so much of this stuff, it probably shows up in high spike levels in my bloodstream.

04 Hydroxyzine, 50mg Twice the strength of your over the counter Benadryl. These suckers will have a grown-ass man knocked out cold.

02 Elocon Ointment, 0.1% As much as steroids have ruined me... I still need some topicals to keep my inflammation in check.

05 Chinchilla Ice Pack Quickest way to alleviate an INSANE itching attack. Throw the ice pack on it. Don’t scratch. Have 2–3 in rotation at all times.

03 CeraVe Cream the most emollient of my moisturizers, this one is used in the 5-minute window after a shower where my skin is at peak sponge levels—primed to absorb up anything I slather on.

06 Jameson This magical amber liquid...just cuz. My love affair with Jameson will outlast one with any man. Trust. When shit was really bad, I’d take shots of Jameson before the bath or shower to take the edge off the initial pain.

Beach Series by B. John Froot Magazine in Conversation with Photographer Brandon Lennox-John — Where did you grow up? I grew up in Danbury, CT. It was cool. It’s a good sized, diverse city on the border of NY. My parents migrated to America from Grenada and bounced between Brooklyn and Connecticut. I moved to Brooklyn for good after high school the summer of 2012. When did you start taking photos? I started taking street/documentary photos on my phone during early IG days (2012?). I got my first camera in June 2014 and began shooting professionally that Fall. During a trip to Paris in November 2015, I witnessed firsthand the effects terrorism can have on a major city. It was after these events that I knew I wanted to fully pursue journalism. Returning from my trip to Ethiopia earlier this year, I began freelancing full time.

There are so many photographers in NYC, and the present-day art world is so competitive. What is your experience maneuvering in this type of environment? I think a lot of it has to do with staying true to yourself and taking your time. I’m at the point where I believe my work is distinguishable enough from the average NYC-based photographer shooting fashion, or editorials or whatever. I want to share stories. Photography is such a powerful vehicle for me. My mission is always to raise awareness or present insight on my subject. When it comes to finding meaningful work, I’ve been fortunate to have peers that have given me numerous opportunities this year.

During a trip to Paris in November 2015, I witnessed firsthand the effects terrorism can have on a major city. It was after these events that I knew I wanted to fully pursue journalism.

Do you have a favorite medium when it comes to photographing? While I love the practice and aesthetic of shooting film, it is not practical for my profession or shooting style in today’s world. I prefer a rugged camera system that supports my high intensity shooting style. For the last while, I predominantly use a digital rangefinder system and I don’t see that changing anytime soon. You’ve recently embarked on a trip to Australia, New Zealand, Grenada and Ethiopia? Why these places? Any other places you plan on going to? Grenada is home. I have so much family here. This trip is my 7th time here and second time this year. I’m working on something really, really special. I’ve been thinking about this project since I decided wanted to be a journalist. I planned a trip to South Island, New Zealand to challenge myself and create compelling landscape photos. My friends who accompanied me live in Sydney so I hit there just prior to NZ. My brother got married in Ethiopia this past winter. I happened to be there during the 3-day Orthodox Christian holiday known as Timket or Epiphany. This turned into some of my most captivating documentary work yet. I would really love to return to Africa within the next year. What is it like to be abroad in a time of national unrest in the U.S.? It is incredibly difficult to be away during times such like these. What is

occurring in Virginia and America right now is beyond words. As much as I want to focus on my assignment here, I feel compelled to stay as up to date as possible and talking to family and friends back home. Have you experienced any direct effects on these countries because of the current state of the U.S. on your travels? Thankfully no, but I sometimes get a mild reaction when I tell people I'm American in certain parts of the world. At this point, I’m used to it. Your "Beach Series" is absolutely stunning. A visual dialogue lies within each image. Is there something in particular that inspired you? Thank you. There is a certain sense of identity for me when I met young boys from Grenada. My parents had met prior to migrating to America and I constantly think about what would have been had I been born here rather than America. I find myself in my ‘Grand Anse’ subjects. On my final day of my trip to Grenada this past April, I wanted to capture a scene at Grand Anse. I was fortunate enough to meet a group of children who were interested in helping me achieve the final vision. I remember awhile back that you were interested in traveling to national parks in the U.S. Do you still plan on doing that? Yes! I can’t say too much just yet but I’m planning to begin a project on National Parks next year!

My parents had met prior to migrating to America and I constantly think about what would have been had I been born here rather than America.

A Playlist by Percy Batalier

Spend the Night / If You Were My GF

Tears In The Rain

BRANDON JOHN @bj0hn B. John is a photographer and journalist based in New York City and traveling the world.

MORGEN PURCELL @morgenpurcell Morgen is a photographer based in New York City.

CRYSTAL CHIN @dancefeefer Crystal is a designer and artist in New York City.

Many thanks to our hot contributors! â&#x20AC;&#x201D; Photo by Devin Kelly

PERCY BATALIER @pbatalier Percy is a designer in San Francisco and cofounder of design studio, Five to Nine. 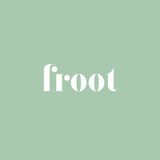