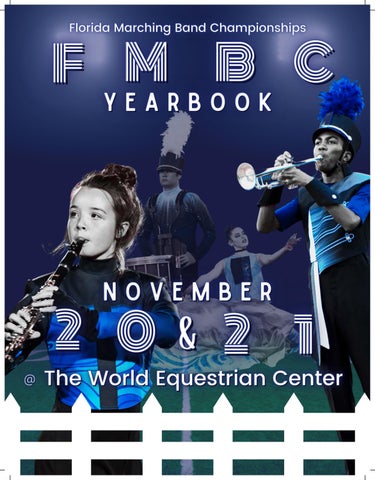 Every band staff, marching band member, band director and band parent has heard this 1,000 times. In the pursuit of excellence, one must traipse lightly in the eye-rolling mundane - or at least that’s how it seems sometimes. We run charts over and over and over again, we hear these tunes in our sleep and we march to our classes because we don’t want our feet to forget. But then we get to the end of the season. We circle up with our friends for one last performance - some of us as seniors, some freshmen who have just caught the bug, some parents graduating their last of 3 kids, band directors smiling back at the frustrating faces of generations that they’ve taught. Our lips will play these songs one last time, our mallets will create the melody and the drums will create the beat. We’ll dance across the field - FINALLY making it that 32 counts of 3-to-5 steps. And our final push will be the loudest it’s been the last three months because we TRULY will put it all out there on the field. Last time - Best time. Then what? A lot of us will take these moments along with them into a life far outside the realms of music or performance, but they will hold on to the memories and the discipline and the friends that they have made to color a wonderful world of music makers everywhere we turn. Some of us are just starting and have at least 3 more times like these to look forward to, none of them feeling as special in the moment as this first one did, up until THEIR one last time. And then, we’re far enough away to know that all these singular moments - the triumphs AND the trials, the sweat AND the tears, across the days and the weeks and the years - they’re all part of a collective memory that we’ll have to compare every new experience to. And then sometimes, we think we can just wait until Next Time to do it the biggest. “Next time, I’ll be better.” We hold back a little while we push to the end, so that we have just a little bit extra to put into that Last Time. Sometimes…we don’t get that. 2020 taught us that. Making it 2 points under the band in 5th place at state has taught us that. Ignoring a call that we didn’t know would be our last chance to say hello - has taught us that. Today, we celebrate our Last Time together for the 2021 Florida Marching Band season. Whether it’s our very last, or our second to last performance…make it your very best. We’re in the stands cheering for you and counting on you, and again feel the privilege of having this opportunity to be together with the people we love doing the things we do best. Thank you all so much for joining us for the Music, the Motion, the Magic that is Florida Marching Band!

...is made possible by generous donations in Jon’s name, a yearly gift by the Central State Judging Association, profits from the sale of this yearbook and funds raised through other means. The students are nominated by their directors. Music

Music ‘n Motion is FMBC’s summer and leadership camp program run through the state. We are proud to be able to offer a scholarship for students who plan to further their performing career, either at college, on tour with a drum corps or during the winter season. 2021 John Rusnak Memorial Scholarship

With his dynamic personality, John Rusnak transformed many students Into well-rounded adults, many of who went onto become the educators of today. His family Is proud to have him honored with this scholarship to assist students to further their music education.

SCHOLARSHIP WINNERS WILL BE ANNOUNCED DURING THE PRELIMINARY RETREATS

A gracious thank you to our sponsors and strategic partners: SROSNOPS CBMF 1202

The ROAR is the newest HBCU (Historically Black College and University) in the country located in the epicenter of musical excellence, sunny Miami Florida, most commonly called South Florida. While the band premiered in 2020, the foundation is built on our dynamic staff comprised of the country&#39;s most talented and experienced educators, musicians, and performers.

WE ARE HISTORY IN THE MAKING. www.theroarmarchingband.com/jointheroar

Order of finals can change due to unforeseen circumstances

Order of finals can change due to unforeseen circumstances

MERCHANDISE YOU WON&#39;T MISS THE

www.fmbc.com/merch Pick up at the Merch Pick Up Site at the WEC Center Stadium!