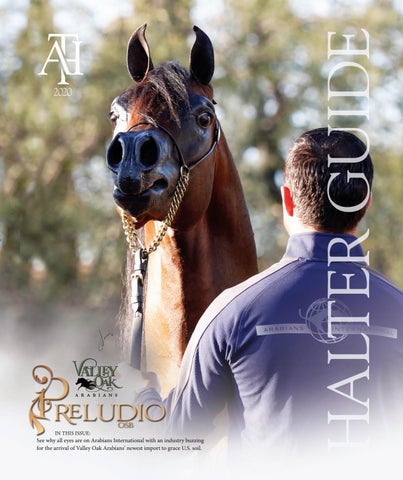 See why all eyes are on Arabians International with an industry buzzing for the arrival of Valley Oak Arabiansâ&#x20AC;&#x2122; newest import to grace U.S. soil.

To say that Manny Vierra of Valley Oak Arabians in Brentwood, California has been involved in a few good horses in his day would be an understatement. Manny has been breeding Arabian horses since 1983. And despite over 150 horses bred, winning Scottsdale and U.S. National championships, his enthusiasm for the breed is as strong as it has been in the last 37 years. As a breeder, Manny is constantly seeking that next step in creating his ideal Arabian horse. His latest is acquiring the stallion Preludio OSB.

It all began last fall while visiting with his trainer Sandro Pinha of Arabians International in Scottsdale, on how to breed his mares for the upcoming spring. “I was telling Sandro I was looking for a bay outcross stallion,” says Manny, remembering that afternoon. “Sandro told me he knew of a young stallion that he showed as a 2-year-old that could be available in Brazil. He showed me some pictures and video. I wasn’t really shopping at the time, but I really liked what I saw. Moreover, Sandro really recommended this horse; he was a huge fan. Dejair Souza, who is very close with Sandro, also handled this horse in Brazil, and I know and respect Dejair—he only handles the best.” Preludio OSB, by the exciting sire Dominic M and out of the Sir Fames HBV daughter Partyssima OS, was bred by Olivia Strauch in Uruguay. Only five years old, he has already garnered significant accolades to his credit, including Junior Champion Colt at Punta del Este in Uruguay before going to Brazil. At the 2017 Brazilian Nationals, Preludio was named Champion Junior Colt with Sandro and in 2019, earned Brazilian National Champion Young Stallion with Dejair on the lead.

After a little back and forth with Preludio’s owner, Sandro was able to secure the deal for Manny, and the bay stallion was on his way to the U.S. Soon after arriving in Miami, he was shipped to Scottsdale, arriving the Sunday night before his inaugural presentation at Arabians International, having only been in the country a few days. “He arrived at Sandro’s around 2 am Sunday night, and that morning was the first time I laid eyes on him,” says Manny with a grin, “I liked what I saw. I see in Preludio so much balance and type. I think he fills a lot of holes in the industry that we need. His top-line and neck set are incredible. His eye sockets, the shape of his face, the shape of his neck … these are the things that attracted me to him. In addition, he has a great attitude; he is just a wonderful horse to be around.” Sandro echoes Manny’s enthusiasm, and since having known the horse most of his life, it carries extra weight. “The sky is the limit for Preludio. He is an incredible horse, and I don’t just look at him as a show horse. He will be a major contributor to breeding in this country. He has so much to offer with the different pedigree, eyes, ears and body—things that we have lost here. This horse is going to make history.” He continues, “I have been talking to a lot of people that bred to Preludio in Brazil, and they are really excited about their first foals. Some believe they already have a superstar.”

Fábio Amorsino of Haras Serondella is one of those early Brazilian breeders convinced of Preludio OSB’s promise. “The first time we saw Prelúdio OSB was at the Brazilian Nationals in the Colt Championship. He won and should clearly be considered as a sire going forward. As a judge, I appreciate very much his phenotype and genotype. We need some alternatives to today’s mostly used sire lines, and he can be one those. We were very impressed by his overall balance and quality. Given the fact that we were using his sire Dominic M, we were confident enough to purchase a breeding package to Prelúdio to bring his qualities to our breeding program. We bred our best mares to him and are very excited about the first foals on the ground.” For many, their first introduction to Preludio OSB was in Scottsdale, and he drew a positive response from some of North America’s most prominent breeders. George Zbyszewski, breeding manager of Frank Hennessey’s Hennessey Arabians in Ocala, Florida, also jumped at the chance for a breeding package. “He has everything we need in modern Arabian breeding to produce a show horse,” explains George. “We have enough long necked and long bodied horses, but he is compact and well-coupled with a strong topline. That is what I like the most phenotypically. He is also leggy and has a beautiful face. Genotypically, I love the fact he has three lines going back to Fame VF. That assures that he will produce typey horses. And overall, his pedigree has everything you want from a show horse, including Ali Jamaal and El Shaklan. Given this, I feel pretty comfortable breeding him across the board.” Manny Lawrence of Jade Creek Arabians was also impressed by what he saw in Scottsdale. “I saw Mr. Vierra’s new stallion at a presentation in Scottsdale, and he was beautiful, well structured, exotic, and had a wonderful presence about him. JCA will be having a 2021 foal by Preludio.” Murray and Shirley Popplewell of Rae-Dawn Arabians based in Scottsdale, USA and Saskatoon, Canada, were especially pleased by the country’s most talked about arrival. “We are elated for Manny Vierra and his Valley Oak Arabians on the importation of *Preludio OSB,” explains Murray. “Shirley and I were also fortunate enough to see *Preludio OSB during the Scottsdale presentation and upon seeing him, we immediately knew that we needed to find a way to incorporate him into our breeding program. Thank you, Manny, for letting us be part of what is sure to be a wonderful infusion. We are looking forward to breeding to *Preludio OSB.” Manny, always the pragmatic businessman, is excited to see what the next few months hold for his stallion. “Let’s see what we got,” exclaims Manny. “We were originally pointing Preludio towards the Breeders World Cup, but with that cancellation, we will concentrate on fulfilling breeding commitments and then will think about Nationals.” Manny has a contagious enthusiasm when he knows he has a good one. That enthusiasm is on full display when he speaks about one of the most talked about stallions at Scottsdale, and he is looking forward to what comes next for Preludio OSB! 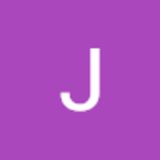