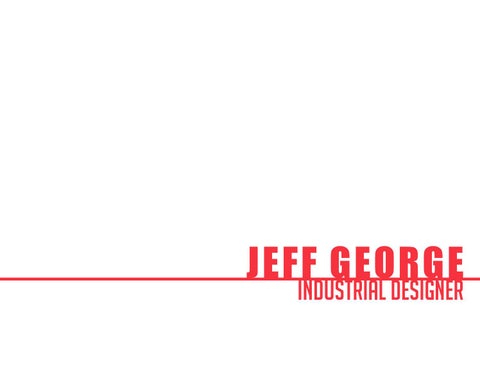 Not Ergonomic For All Users

The prototype presented to us was completely

Though casters swivel on the prototype, the size

In order to perform proper chest compressions the

larger than it actually was. In addition, the panels

enclosed by sheet metal. This made the cart feel added to its weight and did not give good aesthetics.

and weight of the cart makes controlling it while

performers must have their shoulders directly above their upper bodies fully over the mannequin.

Make It Easy To Steer

The new cart must keep the same dimensions as

The casters need to still swivel but there needs to

Women in the bottom 5th percentile cannot put their

and presence to make it feel friendly and usable.

their height. There needs to be a way for users to

the prototype, but through design, reduce the weight

be a better design would make the cart easier to

shoulders above the adult mannequin because of perform proper CPR.

Maintaining the required dimensions we reduced the

The casters needed to swivel and lock, but a third

The bottom 5th percentile of women cannot put their

rectangular tubes. This not only reduced the weight

while leaving the others free to swivel. This allows

shelf step stool was added tethered to the cart. This

overall bulk of the design by creating a frame out of of the cart but a lighter feel to the design.

mode was added that locked two of the casters for greater handling over longer distances.

shoulders above the adult mannequin so an off the inexpensive solution allows people of all height to perform CPR correctly.

Women in the height of the bottom 5th percentile

A light weight pass through storage area is included

The castors can be adjusted to three positions,

tethered to the cart is an off the shelf step stool.

could not perform proper chest compression so

No Place For Reagents

There is no designated space in these labs for

There are 130 different types of reagents, but their

stored on top of the machines or whenever they can

outside of the box they come in.

technician to remove all things on top of the machine

reagents to be stored regularly. They are often find room.

packaging all looks the same and are not labeled

time new reagents need to be put in, forcing the and then replacing it after reagents are loaded.

The ability to hold 130 different types or reagents

There is no routine number of reagents used on

Needs additional storage for items used along side

labeled each start of shift.

in a designated area, and allow them to each be

a daily basis, so all reagents need to be properly

The dispenser located above the work surface

The dividers placed in between the reagent groups

Below the work surface are several additional

Each group has their own divider between them to

technicians to label groups of reagents daily with

items used in the reagent process. Below that are

can hold a total of 144 different reagent packets. separate each group.

are coated in dry erase powder. This allows ease.

storage containers that can be used for storing other two containers for trash and recycling.

Details The dispenser shown above can hold 144 different blood reagent packets in twelve separate columns. Reagents are loaded from the top and are pulled from the bottom. The tab above the opening prevents the next packet from getting pulled out. Dividers are placed in to separate reagent groups and each can nest into each other when empty. The entire dispenser is coated with dry erase powder that allows technicians to label each divider.

Cannot Be Used In Field

All spectrometers used today are too large and

the size of refrigerators and can weigh just as much.

delicate to be used anywhere but in a laboratory setting.

Radom presented us a new torch that can run on CO2 instead of argon gas. This opened up potential to be more compact with our design.

Instead of argon gas, this new torch runs on CO2.

Because the design can eliminate the large enclosure

This allows for our design to eliminate the large

used to store argon, it can get CO2 from an external

spectrometers to break out of the lab and potentially go into the field.

The most compact OES instrument

Founded on an advanced Microwave ICP plasma generating solution and packaged as the first ever fully portable OES Laboratory. Without sacrificing performance and

with touch screen controls and display.

Concept Specs This project is still in progress however these images are open for the public to see. Each component has been hand picked due to size and performance.

In order to create tall wake for wakeboarders to

In order to create a wide wake field the craft towing

Current towers on PWCs come up to the seat cushion.

and sit lower in the water.

on the market for wakeboard PWCs.

towards the water when they jump the wake.

jump off of, the craft towing them needs to be heavy

needs to have a wider base than what is currently

Not having a tall tower can snap wakeboarders back

Current wakeboard boats have ballasts that fill with

Widen the base of the PWC without losing the

water to sink the hull lower to create a larger wake.

essence of a PWC.

Add a Tower Wakeboard towers allow the boarder to achieve

higher jumps. The taller the tower the higher the rider can go.

I added two side pods on either side of the driver

The addition of the two pods on either side of the

This tower increases the loft in which the pull rope

PWC more weight to create a larger wake. The seats

standard wakeboard boat hull. This will allow for a

tow tower increases the height in which the boarder

that can hold one person each in order to give the are reversible so the user can either sit forward or reverse to spot the boarder.

driver widens the base of the PWC to that of a larger field of wake.

is attached to the craft. Increasing the height of the can achieve when jumping wakes.

2014 New Truck Design Chevy and GMC has come out with a redesign for the 2014 Sierra and Silverado.

The windows on the sides of the current truck caps

Currently the Sierra and Silverado truck caps have

the highlights to flow in a specific direction.

are functional, however they are not that aesthetically

very similar radii on the corners which do not allow

The cab of the 2014 Sierra and Silverado has a

Two new features to the 2014 redesign are two

the rear of the bed.

the depths as well as the curves.

distinct curve on the rear that controls the direction

aggressive chamfers on the hood as well as a lip on

Design feature From Truck On the rear of this cap design is a lip that mimics the lip that has been added to the 2014 truck redesign. This lip not only serves an aesthetic feature but a functional purpose as well. Behind a regular truck cap a wind cylinder forms allowing

Design feature From Truck The Major design feature from the truck used in this design are the two chamfers on the front hood. These chamfers

are major additions to the Sierra and Silverado and make both trucks feel a lot more aggressive. Adding the chamfers to the rear compliments the new elements on the hood and completes the design.

Cad Modeling This was a concept cart I came up with to practice new innovative ideas for future medical devices being integrated with smart technology.

Vioguard approached me and needed their new product incorporated in a concept medical cart. I rendered this concept for them to display in trade shows.

Sketching All of these sketches were done during down time and were not used for products.

This is my most recent portfolio from my work as an industrial designer.